The Transformer's display is responsive and gorgeous, expected considering it is employing four cores running at 1.3GHz. But even this muscle couldn't soothe the occasional bumps Android users are accustomed to.

The dock, which gave it its name, is designed well and together the machine is still thinner than a netbook. The track pad is responsive but the buttons an annoyance while the keyboard feels flimsy but does okay. For the price, Nokia offers great value for money with this phone. The most impressive would be the social networking apps available including WhatsApp and Facebook.

You can synchronise with multiple e-mail accounts and all major Internet messaging services are supported, though you'll have to be content with the Nokia browser. The memory is expandable with micro-SD card up to 32 GB. The 800 comes three years after its predecessor (700) with a massive increase in resolution, a significant boost in processing power and the addition of video mode.

The D800's video mode is lifted almost completely from the professional D4 and boasts 1080p resolution. The D800 also includes inputs for stereo microphones and headphones as well as a peak audio meter display.

Though dual-screen browsing works well (courtesy the stock browser), the fact that a lot of android apps are not customised for a dual screen tablet (or tabs in general) is a definite con.

Sony has tinkered with Honeycomb to optimise with the unusual hardware and yet performance is slightly dull. The 3,080mAh battery is impressive considering the twin screens. 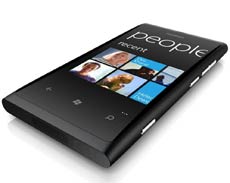 The OS is fluid with the hardware design bringing out the best of Mango. The AMOLED screen is also a definite winner. The lack of apps for Windows is still a problem but one that should take care of itself when the OS gathers its faithful.

For now, Nokia's included some of its own, including the lovely Mix Radio. The absence of NFC (Windows 8 future-proofing) and tethering options are irksome.
TweetYoutube

10 tips to improve your car's mileage