The most fascinating feature of the PJ50 is the built-in projector, making it a portable projection system for your video. This new feature has not affected the quality of the picture. It also has an image stabiliser and a generous 27.4mm focal length for photos and 29.8mm for video.

We all knew it had to happen. And it has. The Android juggernaut has delivered a proper iPad competitor. Besides a fancy new software, the Xoom is equipped with formidable hardware. The robustness and speed of applications and the general responsiveness of the UI and touch reaction is in line with the best the iPad exhibits. Features
>> Works on the Webkit engine, in built Dropbox support for cloud storage

Cab's tab handling is perhaps the richest feature set in any iPhone browser. iCab Mobile works in portrait and landscape modes. You can lock it in either mode if you prefer. For link-heavy sites, iCab Mobile offers a variety of ways to manage what happens when you click a link. Using the programme's options screen, you can set whether a link opens normally, in a new tab, or in the current tab. It also has an inbuilt password manager and buttons for posting links to Facebook and Twitter. 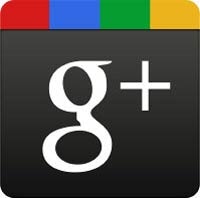 Not much is different about Google Plus when compared with Facebook. Yet when it is, the difference is good. The best part is the Circles. You can divide your contacts into different groups, which gives you the option of communicating with each circle separately. The style is characteristically Google, with a minimalistic approach. The profile automatically ports information from your Google account, thereby letting you integrate all aspects of your online life. The HTSE apparently draws its design inspiration from complex self-energizing bodies such as space stations, satellites and space ships. What we do get is a watch that can be charged by any source of light. Additional features include sleep mode, which increases the shelf life of the battery, and overcharge prevention, which prevents overcharging of the battery. All this sounds great, except for the price. 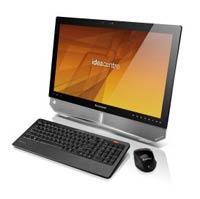 The IdeaCentre B520 sports an Intel Core i7 CPU, a 23-inch full HD display and up to 2TB HDD. There is also a 3-in-1 mouse, integrated Dolby Surround Sound 5.0 speakers and a Blu-ray drive. It could be a competitor to the iMac and is targeted at those who want a high-definition media station. There are a few issues such as the slower than average memory modules and a lacklustre multi-touch software. Features
>> Works on all Android devices.
>> Backs up new or modified files automatically

This unique app allows you to sync a set of folders from any Android device to the cloud and back. It currently supports the Dropbox storage service, as well as your own FTP, SFTP and FTPS servers. The greatest benefit being that the official Dropbox app can be avoided. Once you set it up, you can forget synchronisation issues, as most of it is done automatically. It is also battery friendly and will not slow your device when no data have been changed. It also has diverse filtering features.