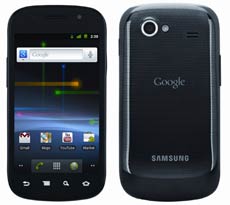 Great performance and the Android 2.3 Gingerbread OS does make this phone a very attractive gadget. However, Samsung seems to be in no hurry to launch the Nexus S. For those who cannot wait, try Flipkart. They claim to have the device in stock for Rs. 27,999. Intel's third generation SSD 320 Series drives feature proprietary Intel SSD controllers paired with the cutting edge 25nm NAND flash memory. This new series, however, isn't geared for ultra-high performance. The point was to increase reliability and security. In fact, these do not feature support for the faster SATA III 6Gbps interface and are SATA II 3Gbps only.

If you're a fan, you'll like the newest version. Tap Tap Revenge 4 now features updated tracks from artists such as Katy Perry, Daft Punk, Linkin Park and Nicki Minaj. The new game also brings high-resolution Retina Display graphics, a brand new arcade mode and game center integration, which ties in perfectly with social networking sites such as Facebook and Twitter 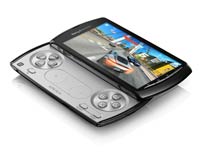 The headline feature here is the slide-out controller. This comes with a D-pad, PlayStation face buttons, a pair of touchpad 'thumbsticks' and two shoulder buttons. There's also an accelerometer on board and a little app named PlayStation Pocket, serving up juicy dollops of classic PlayStation One games. Wait and see how the Play fares in the iPhone and Nintendo 3DS era.

Apart from minor changes that only Opera loyalists are likely to notice, there have been a few enhancements. A new sharing feature (the Opera O) has been added to both browers, pressing which pulls up options to share via e-mail, text, Twitter, Facebook, and other social networks, apart from the usual. You also get pinch-to-zoom across-the-board on all compatible devices. Opera says it has also enhanced scrolling, panning and zooming.

General Motors India is set to launch its indigenously developed 1.2-litre SMARTECH engine, which will power the Chevrolet Beat. The company claims the new engine decreases weight and maximises fuel economy. It has an inverted tooth-timing chain drive system. The chain links engage at a lower impact speed, which decreases the noise.

For A Lettered Future