The ST 600 is Samsung's latest (of six models) in DualView cameras. Most notable is a 'jump shot' mode that uses the front screen to cue a group to jump and then fires off three snaps to capture the action. Apart from this, you get a 720p video recording, a gesture-driven touchscreen interface and smart face recognition.

FEATURES
>> Applications, including for education and games

Following the success of the App Store for the iPhone, Apple has launched a similar online shop for its Macintosh OS. The portal has over 1,000 applications, both free and paid, However, users need a software upgrade to access the store. 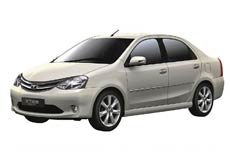 Toyota has never produced anything so cheap. Moving on, its 1.5-litre motor produces about 90bhp, which coupled with a favourable power-to-weight ratio, competes with 100bhp saloons. The suspension has even been tuned for Indian roads and there's sufficient ground clearance to clear the worst potholes. The world seems to be outraged that some pigs have stolen a few eggs from a bunch of birds, so much so that over 50 million have been furiously engaging in battle to right this travesty. For the uninitiated, Angry Birds, a best-selling smart phone game, has achieved such popularity that a PC version has been launched. It is highly addictive and ridiculously simple to play, though the PC version is slightly tougher. The different levels and minute variations make it very interesting. The download can be had from www.appup.com. It sure beats playing Solitaire or Free Cell anyway. Transcend's JetFlash 700 is one of the first entry-level USB 3.0 devices to hit the market. Though a 3.0, it is compatible with highspeed USB 2.0. The device also comes with an LED usage status indicator and is a standard plug-and-play device. The company is also offering a free download of JetFlash Elite data management tools and limited lifetime warranty with the product. 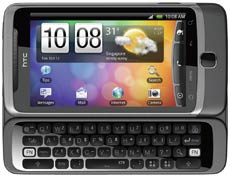 The Desire Z is a product of HTC's cumulative experience with QWERTY sliders. The build scores for its toughness and the 'z-hinge' slider for its sophistication. The phone has an internal storage of 1.5GB and a 512MB RAM. The MSM7230 chipset and optimised OS make sure that the machine is not much slower than the Desire's 1GHz cousins. Also, 1300mAH battery lasts you one day if used extensively.

20 ideas for an inexpensive home makeover