The Hot & the not so Happening: February report

Sam Abraham introduces new products and services to help you zero in on those that offer value for money.
HTC HD7Rs 29,990 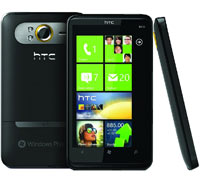 FEATURES
The HD7 is Microsoft's way of barging into a market dominated by Androids and Apple iPhones. The Windows OS, combined with HTC's signature smartphone hardware, is adequate without being impressive. It is glitch-free and loaded with features. The price tag is somewhere in the middle of the range, with iPhones at one end and a host of low-cost Androids at the other. FEATURES
Bose revolutionised gaming headphones with its noise-cancelling QuietComfort models. Of course, not everyone can afford one of these. Enter the AE2. For half the price of the former, you get the next best thing to zero noise and the comfort of Bose's trademark plush, black leather earpads. The cups now hold flat against the ear and the headphones have moved from a double-cord to a detachable single-cord design.

FEATURESThis DSLR is loaded. Unfortunately, a sluggish interface ruins it for Sony. Even so, the background defocus control and 7fps impress. It's photo quality and noise profile is also really good and produces sharp videos. Also the camera has the smallest and lightest interchangeable lens system. FEATURES
The dual core processor gives this Netbook the ability to outperform the usual single core processor machines without substantially altering your budget. The increased processing muscle means improved multi-tasking ability without affecting the battery life. It also comes with a 350 GB hard drive, USB 3.0 and Bluetooth 3.0. Conspicuous by its absence is an HD screen. 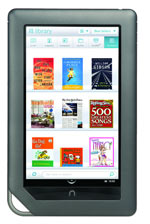 FEATURES
Barnes & Noble's Nook has been upgraded just a year after the introduction of its first e-reader. The Nook Color is a big step forward and boasts a revamped Androidbased OS and a better selection of children's books and periodicals. It has a 7-inch LCD screen, with a 1024 x 600 resolution and has a 178-degree viewing angle. Also, B&N claims that a 'vivid view' treatment on screen results in less glare. The battery lasts 8 hours per charge. The price in India, though, is too much for an e-reader. 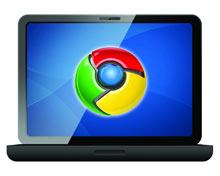 FEATURES
While it may be a tad premature to look at this product, it's generating enough buzz to keep technophiles interested. With the Chrome OS, Google aims to make cloud computing mainstream, allowing users to store all their data online using a Google identity and password. A machine then becomes just an access point and personal computers become less personal. You will also have access to a host of Web applications. This could be a glimpse into the future of online computing. This extremely interesting Google Labs app is completely free. You get to design simple Android apps and Google assures it's as easy as 'fitting together pieces of a puzzle'. The puzzle analogy is accurate as all your work is visual, including selecting the components and fitting them together. Connect your phone to the app and you can see your creation evolve every step of the way. You also have the choice of an Android Emulator if you don't have a phone. The App Inventor development environment is supported for Mac OS X, GNU/Linux and Windows operating systems, apart from several popular Android phone models.

Cash in on your car