Hitching a ride on the auto boom

Indag is India's No. 2 tread rubber brand available for a market capitalisation of only around Rs 50 crore, riding the country's automobile sector growth and widening road network. 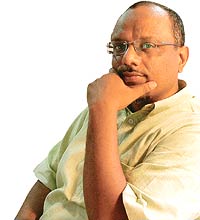 In a stock market high on adrenaline, the speed of the investing eye has to be matched by the speed of the executing hand. You not only need to spot inherent corporate value before others do so, you also need to get your trade on the floor before it becomes noise on the street.

If you get a stock that escapes the eye and hand for an extended period with no plausible reason, then you might have pleased the gods. Indag Rubber in this case. This Delhi-based precured tread rubber company (and a manufacturer of cushions and universal spray cement) has ducked hysteria for long. Consider the evidence:

• Six quarters of earnings before interest, taxes, depreciation and amortisation (EBIDTA) growth: from Rs 1.38 crore in April-June 2006 to Rs 3.07 crore in June-September 2007

Given its fundamentals, Indag has under-performed the market. The cold shoulder was even more surprising after the company announced its results for the September quarter for the following reasons:

• Top line jumped Rs 2.36 crore but profit after tax strengthened by Rs 94 lakh—an incremental net margin of nearly 40%, which was nearly three times its net margin of around 14%

• The earnings per share of Rs 5.10 for that quarter translated into a price earnings (then) of 4, a considerable discount to the rest of the market For a market that has got progressively efficient, what has it overlooked in Indag's case?

• The fact that Indag is India's No. 2 precured tread rubber brand available for a market capitalisation of only around Rs 50 crore, riding the country's automobile sector growth and widening road network

• The fact that it delivers a distinctively superior weight: mileage value over its competitors, translating into a robust market share

• The fact that with truck overloading having been banned, tyre quality can now be relatively safeguarded

• The fact that with progressive radialisation and increase in tyre costs, it makes far more sense to retread than to immediately replace

• The fact that Indag's Nalagarh plant possesses attractive operating leverage— the average output is a little in excess of 400 tonne per month (tpm), which can be raised to 600 tpm and eventually to 900 tpm with moderate investments

• The fact that this plant enjoys an excise and corporate tax benefit, which has resulted in increased plough back, leading to a declining interest outflow in the face of a rising top line plus an interest cover in excess of 10 for the September 2007 quarter.

The next edition in the Indag story will unfold with its third quarter results. Stay tuned.

Mudar Patherya heads Trisys, an annual reports consultancy. His column will identify stocks that are not in the limelight. He can be reached at mudar@trisyscom.com.