It has been a mixed bag for banks in the second quarter (July-September) with public sector banks lagging their private sector counterparts. State Bank of India, or SBI, the country's largest bank, reported a 35% drop in net profit to Rs 2,375 crore. The country's second-largest public sector bank, Punjab National Bank, or PNB, reported a 52.56% fall in net profit to Rs 505.49 crore, from Rs 1,065 crore in the corresponding quarter a year ago. Bank of Baroda's, or BoB's, profit fell 10.24% to Rs 1,168.10 crore during the period.

"Asset quality follows the lag in the economic cycle. From high growth between 2003 and 2010, we have moved to 5-6% GDP growth, which has increased asset quality issues. Our economist believes that growth has bottomed out and expects improvement in the second half of the year. Accordingly, we expect that asset quality will witness positive trends by 2014-15. However, near-term pressure is likely to continue," says Alpesh Mehta, banking analyst, Motilal Oswal Securities.

Aviral Gupta, founder & investment strategist, Mynte Advisors, is not very optimistic about the sector. "Asset quality indicators continue to deteriorate and will likely reach levels that are much worse than previously expected due to further weakening of the economic environment," he says.

The banks saw decent lending and deposit growth despite a less-thanfavourable business and economic environment. SBI's advances grew 19.8% year-on-year from Rs 9,56,000 crore to Rs 11,39,326 crore. Low-cost current account savings account (CASA) deposits were 43.58% of total deposits at the end of September 2013, of which savings bank deposits were at an all-time high of Rs 4,45,443 crore.

Stocks of banks, both private and public, however, have been facing a lot of pressure recently, with public sector banks worse off than the private sector ones. As on November 12 (a day before SBI announced its quarterly results), the bank's shares closed at Rs 1,675, 32.4% lower than their 1 January 2013 level of Rs 2,476. The stock is now 52% below its all-time high of Rs 3,515 touched on 11 November 2010.

Are banks good bets, and if so, which are the ones you should buy? While experts seem to be bullish on the sector over the long run, short-term worries remain.

"Things have started normalising on the macro side with current account deficit under control, rupee remaining stable and improvement in decision-making on some critical infrastructure projects. All these factors are positive for financials. We are positive on the sector," says Alpesh Mehta, banking analyst, Motilal Oswal Securities. Hemant Kanawala, head of equity at Kotak Mahindra Old Mutual Life Insurance, agrees. "The overall environment for banks seems to be changing for the better compared to the last quarter and, hence, there has been a rally in their stocks. The performance from here onwards will depend upon GDP growth as it has a direct impact on asset quality of banks. There are expectations that GDP growth has bottomed out, which will help banks," he says.

Alpesh Mehta says that PSU banks could be good bets for the long term. "We believe there is significant value in some PSU banks from the medium- to long-term perspective," he says. 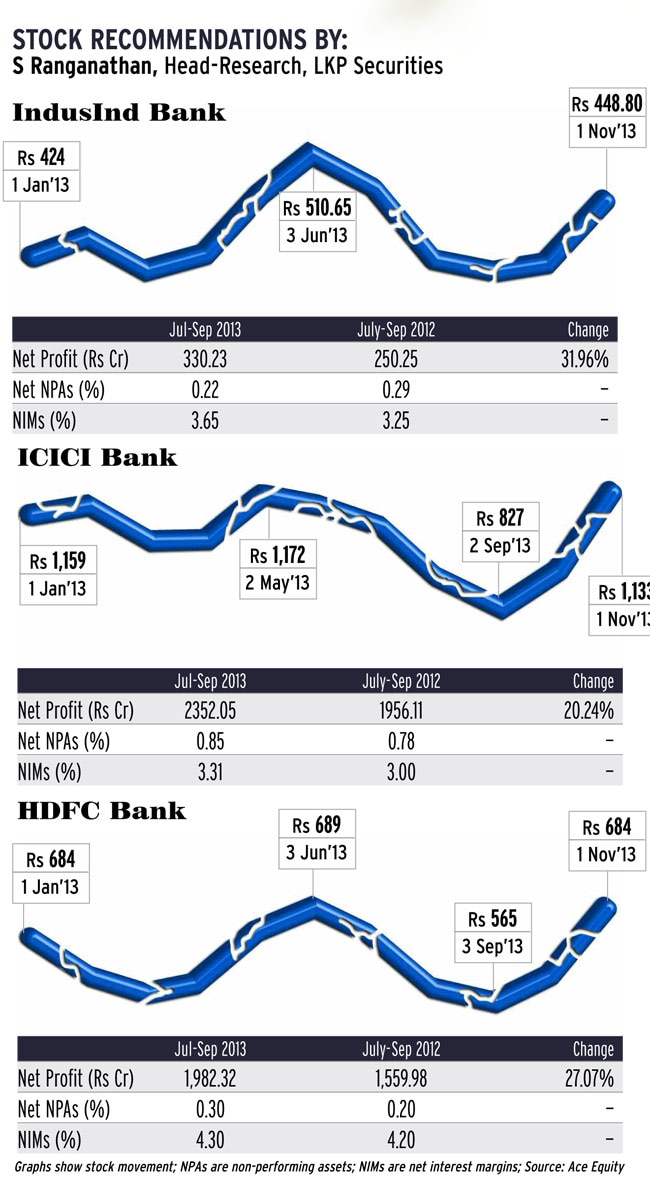 Aviral Gupta of Mynte prefers private banks. "They are likely to give better returns due to lower NPAs, aggressive management and ability to protect margins. But I will be wary of private sector banks which have high FII holding. This is because once the QE tapering starts and in case uncertainty increases after the general elections, FIIs many pull out money from India, hitting these banks, for instance, Axis Bank, Yes Bank and IndusInd Bank, the hardest," he says. 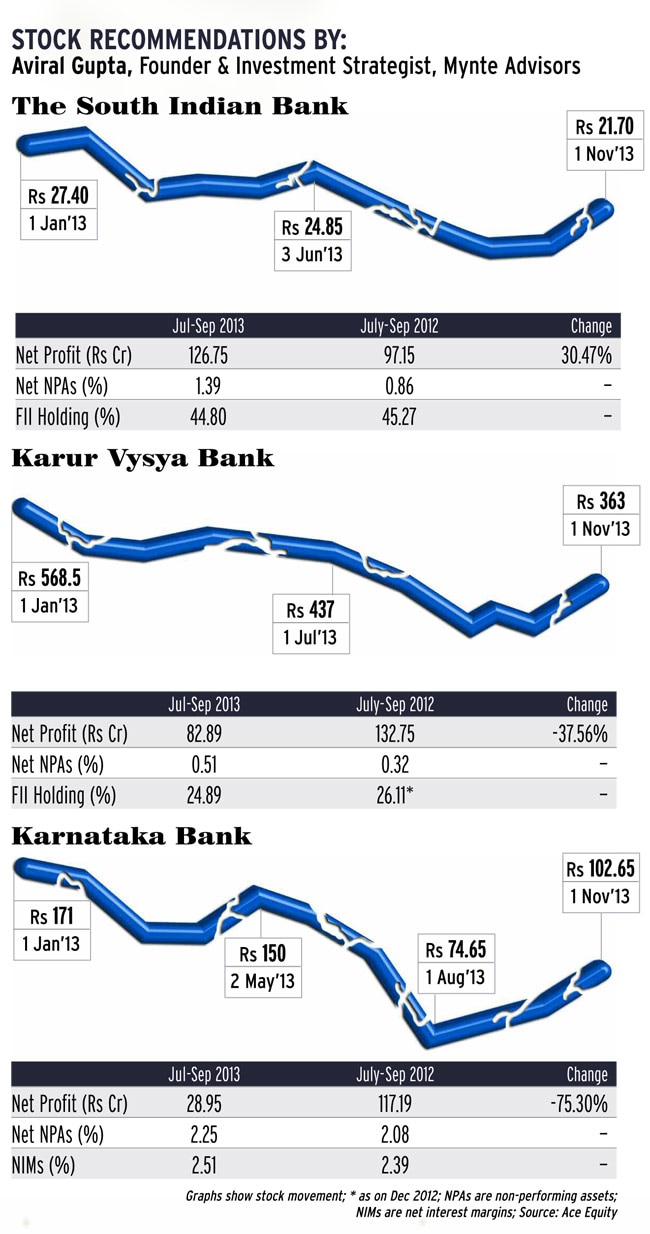 Should you invest in stocks of paper companies?

Tata Elxsi among top gainers in past 6 months