Paying the price for costly buys

The acquisition of some global brands and firms by Indian entities has been disastrous for shareholders. We tell you how to size up such deals. 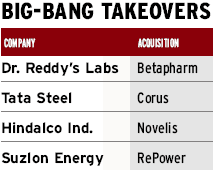 Some years ago, Indian entrepreneurs went on a buying spree in the West, picking up companies and businesses to gain instant access to foreign markets. Analysts called it reverse colonisation. According to business consultancy firm Dun & Bradstreet, Indian companies conducted mergers and acquisitions worth $19.8 billion in 2007-8 and $33.1 billion in 2006-7.

The acquisitions helped Indian companies get hold of coveted brands and technologies that would have taken them years to develop on their own. However, this instant nirvana has its side-effects, including higher debt, dilution of earnings and integration issues. In the past five years, big acquisitions by some leading companies have resulted in the erosion of shareholder wealth.

For instance, the shareholders of Hindalco, Suzlon and Tata Steel have seen the value of their holdings come down by 61%, on an average, since these companies announced their acquisition plans about two-three years ago. “Due to a combination of market forces and premium prices paid by the acquirers, shareholders have lost value,” says Prasanto Sengupta, director, corporate finance, KPMG India. What can the shareholders do to avoid such erosion? A little homework can help you know if the acquisition will work for or against the shareholders. Here are some factors to be kept in mind. 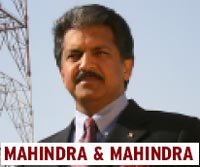 High-debt M&As: The key lesson from the recent financial crisis is never to overstretch by taking too much debt. Suzlon Energy learned this the hard way. The wind energy major made an ambitious Rs 6,840 crore acquisition in 2007, when it bought RePower. It financed the purchase with internal accruals and extra debt. Suzlon also bought Hansen Transmissions International NV, taking its debt-equity ratio to over 1 and straining the balance sheet. By April this year, Suzlon’s debt level had risen to Rs 12,000 crore, forcing promoters to sell their stakes to raise money and renegotiate with lenders.

Meanwhile, the retail shareholder faced the brunt of acquisition pressures. Suzlon shares, which used to trade at Rs 257, crashed to nearly Rs 41 by the end of 2008. Worried investors dumped the stock, pushing it to less than Rs 35. Even after the recent rally, the stock is down 67% from May 2007 levels, whereas the Sensex has lost only 2% since then.

High premium: Look if the acquirer is paying a high premium, which may not be justified during a slowdown. The Tata Steel’s $12 billion Corus acquisition earned it the awe and admiration of the world, but its shareholders in India were left high and dry. This is due to the premium valuations that Tata Steel paid to the UK-based steel major. From 455 pence per share that it offered on 20 October 2006, the final offer price went up to 608 pence as the bidding intensified by early 2007. The final deal for Corus was reportedly worked at an enterprise value of around nine times (for 12 months ending 30 September 2006) against the 5.5-6 times paid by L.N. Mittal for Arcelor. 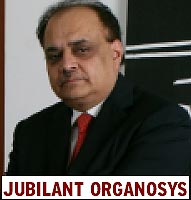 The premium paid by Tata Steel at the height of the commodity cycle did not go down well with investors back home. When the deal was announced in October 2006, the market capitalisation of Tata Steel was around Rs 31,000 crore. Amid concerns about the imminent rise in debt levels and dilution of equity, investors lost Rs 2,556 crore within 30 days of the announcement of the deal. The share price had fallen from Rs 470 to Rs 440 by the end of October. By February 2007, it had dropped to Rs 391, resulting in a contraction of shareholder wealth by 17.2%.

So why did the stock markets react negatively when other stake holders like management, government and India Inc. were celebrating the deal? The answer lies in Ratan Tata’s recent confession of having made the purchases at an ‘inopportune’ time. Most of the large acquisitions by Indian companies took place at a time when both the global and Indian financial markets were peaking and credit was easy. Obviously, the deals were finalised at premium prices, financed mainly through debt. Since then, the financial markets have undergone a severe turmoil and commodity prices have tanked. “The correction has probably been much faster and deeper than that imagined by the acquirers,” says Sengupta. 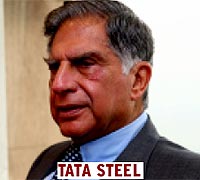 “Tata Steel, on a consolidated basis, has a net debt of close to $10 billion as of December 2008. Although the company has obtained a relaxation in debt covenants for Corus for 2009-10, it will have to infuse equity for the proposed debt prepayment under the agreement with creditors. The interest coverage ratio for Corus remains a cause for concern and the company will remain dependent on Tata Steel for debt repayment in the near term,” says a report by Nomura Securities.

What does the buyer get? If the acquiring company is paying a premium, what does it receive in return? It’s usually better technology or higher capability. Jubilant Organosys made seven acquisitions in 2005-8 to gain a foothold in new technologies and geographical areas. The company was the first to acquire a clinical research organisation in the US in October 2005.

It paid Rs 145 crore for the company, but the acquisition helped it offer services in all aspects of clinical research. With cash and cash equivalents of Rs 37.6 crore by the end of March 2005 and market capitalisation of Rs 2,834 crore at the purchase time, the company clinched the deal comfortably. In fact, as the company made technology-specific acquisitions, its debtequity ratio came down from 2.38 in 2004 to 1.54 in 2009. In the same period, its profits before interest depreciation and tax margin (PBIDTM) rose from 17.7% to 32%.

“Several small acquisitions by Indian companies have been made with the view to acquiring capability/technology, which they can then bring to India and use for their products. Given the inherent robustness of the Indian market and the relatively strong domestic demand during the downturn, these acquisitions have been largely value-accretive,” says Sengupta. Not surprisingly, within a year of the US acquisition, Jubilant shareholders were richer by Rs 435 crore and the company’s share price has risen by 12% to Rs 202 per unit. 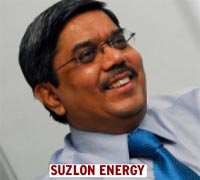 Mechanics of the deal: Apart from the broader issues like the timing of the acquisition and leverage ratios, the intricacies of the deal like share swap ratio and open offer price play a key role. Overseas companies acquiring Indian firms have generally benefited Indian shareholders. For instance, US-based Mylan Laboratories acquired Matrix Labs in August 2006, when the Matrix share price was around Rs 273. As part of the deal, Mylan offered to pay Indian shareholders Rs 306 per share or a 12% premium in the open offer. The recent Ranbaxy-Daiichi deal also offered a steep premium to individual shareholders in the open offer. Daiichi offered Rs 737 per share, a 40% premium to Ranbaxy’s June 2008 average closing price of Rs 523.

It’s important to understand that while acquisitions might pay off in the long term, they definitely hurt during a short period of less than two years. The US-based National Bureau of Economic Research found that large acquisitions eventually destroyed shareholder wealth rather than create it.

However, investors of the acquiring company generally gain if the target company is smaller than the acquirer. Shareholders of Mahindra & Mahindra, Marico and Godrej Consumer Products did not have to go through the agony that the shareholders of Tata Steel underwent as the acquisitions were small and the buyers did not have to stretch their finances to fund the buyouts. “Smaller acquisitions are inherently less risky than the larger ones as the requirement of debt is limited,” says Sengupta.

Investors looking to avoid the painful integration process would be better off switching their investments to other stocks or index funds. As the company goes through rough weather, the opportunity cost for the investors would be too high to ignore. With the study of past acquisitions throwing up disturbing trends like falling share values in the immediate period, investors would do well to repurchase the shares when the company returns to its normal course of business.

No way to go but up

Strategy begins to pay off