Conventional wisdom says that if you want to profit from the stock market, you need to buy low and sell high. And conventional wisdom is bang on. However, there are some players who prefer to gamble on market movements and claim to make money by selling when there’s a fall. It’s called short-selling and more than a few players in the market do this regularly.

What exactly is short-selling? It is selling stocks you don’t own. When the market falls, you buy the shares at a lower price and compulsorily square the deal. It’s obvious that you can make a profit, but it’s equally obvious that you can make a big loss. That’s because the market is an unpredictable beast. If you call it right once, chances are you’ll be wrong twice. Sadly, when it comes to the stock markets, a little knowledge is considered more than sufficient, and rank amateurs end up losing their shirts gambling on market movements.

When gambling is frowned upon by the government, why doesn’t the market regulator simply ban shortselling? Because, on a macro level, short-selling actually increases liquidity and even helps stabilise the markets by discovering a realistic price of a stock. To make this area a little less fraught with risk, Sebi recently put in place a full-fledged securities lending and borrowing scheme. It also allowed institutions in; they had been banned from selling short after the 2001 Ketan Parekh scam.

So, what’s Sebi’s latest directive and how (if at all) does it affect you? Until now, a short-seller had to compulsorily square the deal by the end of the day. Under the new system, a short seller can borrow shares for a seven-day period and use them to settle the short sale of shares within a T+2 (trading day plus two days) deadline. The lender gets a fee for lending the shares. There will be a one-hour session every trading day, when lenders and borrowers can try and match their orders on a trading screen. The shares will be delivered the day after the order is put in, and the trader can keep them for seven days. The price (of borrowing and lending) will be determined by the market as well as by the previous day’s prices. The facility is currently available only on 227 stocks that are traded in the futures and options segment.

But be clear that short-selling is not recommended for small investors. It is among those practices best left to punters, gamblers or institutions who understand the daily dynamics of the market. If you do want to dabble in this space, you could consider lending your shares and earn a fee for this. While there are risks to lending, these are largely hedged. If the borrower is unable to return the shares after seven days, the exchange will hold an auction to ensure that you get the shares. If the shares can’t be bought through the auction, then the exchange will compensate you for the value of shares you lent.

Small offices are becoming the norm. However, while this might increase productivity, it also means that employees lose out on the only form of social security available in the country—the provident fund (PF). Under the Employees Provident Fund Organisation (EPFO) rules, organisations that employ 20 or more full-time staff have to provide PF benefits. Says W R Vardarajan, member, EPFO board: “Many employees lose out on PF benefits because their employers flout the rules to stay away from reporting to the EPFO.”

The EPFO has now decided to amend its rules and is considering bringing companies with staff strength of less than 10 under its fold. With this move likely to go through once employers of such outfits are consulted, a large number of the employed class can expect to join the EPFO and receive PF benefits.

or some time now, banks have not really enforced a strict minimum balance. This was largely in a bid to increase the number of depositors. Now, however, banks are realising that a low minimum balance makes it difficult to offer complimentary, value-added services to customers. ICICI Bank has set the ball rolling by giving customers two months in which to double their minimum quarterly balance requirements to Rs 10,000.

Says V Vaidyanathan, executive director, ICICI Bank: “Over the past 10 years, we have added several services to customers which are unviable at the minimum quarterly balance of Rs 5,000.” The services include an increased number of branches and ATMs, as well as extended banking hours. The good news is that the new minimum balance requirement will not apply to salary, no-frills and senior citizen accounts.

The successful initiative by the Income Tax department to train tax return preparers (TRPs) last year has encouraged the department to add 5,000 more TRPs this year. With about 3,700 certified TRPs filing 50,000 returns last year, additional TRPs are being added to spread the geographical reach and coverage.

Says Prasanna Kumar Misra, chairman, Central Board of Direct Taxes (CBDT): “We had started from scratch last year and had no experience in this field. After the first year’s experience, we will make a slight change in training of TRPs and make the scheme more effective this year.”

The department is likely to appoint a nodal officer at city or state level to resolve local issues and coordinate various activities of the TRPs. It has advised TRPs to work as entrepreneurs to win the trust of people and be accessible to provide low-cost service compared to chartered accountants. A joint initiative of the income tax department, NIIT and Taxmann, the TRP scheme is now planning to cover the electronic filing as well. With about 1.28 million tax payers filing their returns electronically in 2007-08, TRPs trained in this area will be of more use to more taxpayers.

Forms, particularly when relating to money, have a nasty habit of being very complex. Investors have for long grappled with the intricacies of the forms for initial public offerings or IPOs, and have, more often than not, seen their applications rejected because of mistakes in filling these forms. There’s help at hand. The Primary Market Advisory Committee of the Securities and Exchange Board of India (Sebi) has given in-principle approval for initiating steps to ensure no manual intervention in the primary market issuance process.

The committee has suggested the use of both manual and electronic modes for filling application forms. The forms will also be simplified. “These measures will enable faster and transparent processing of application forms, leading to a reduction in the time gap between closure of an IPO and its listing,” says a member of the committee. Apart from helping investors, the move will also help bankers, brokers and registrars to IPOs. The result is likely to be a faster and more accurate mechanism to address proper allotment and refunds. This will ensure better and faster utilisation of funds raised by companies. A similar move is being debated to simplify NFO applications.

If you are planning to buy a car, you’d better hurry. The first of the mood swings, after a heady February and March, happened recently, which will negate the budget sops. ICICI Bank, the largest lender of vehicle finance, has raised interest rates on two- and four-wheelers by 50-75 basis points, taking the interest rate to 13.75-14.25%. Banks normally review rates every 6 months. However, in 2007-8, interest rates were revised four times. Adding to buyers’ woes, banks are now insisting on complete collateral documents to cover the risk of defaults, especially in case of two-wheelers. On the price front, rising commodity prices like steel and rubber, have forced car makers to think of passing the burden to consumers. Imported parts are also hit with manufacturers abroad trying to cover currency fluctuations. While the hike is yet to be announced, experts say it could be about 2-3%. That means a Rs 14,000-16,000 hike for premium cars and Rs 4,000-6,000 for small cars.

Mobile phone manufacturers and service providers seem to have discovered the benefits of using insurance as a value-added service, which is being doled out for free. LG Electronics, for instance, has introduced a mobile theft insurance cover for its handset users, under which it will pay back the market price if the handset is stolen. This is similar to the cover that Reliance Communication offered its phone users when it was launched in 2002, where the insurer suffered huge losses owing to excessive loss of handsets, which were being couriered to subscribers.

LG Electronics is offering this new facility to all those who buy an LG phone from 1 April. The policy will be in force for one year from the date of purchase. Offered in partnership with United Insurance, the cover is simple. In case of theft, you are expected to file a police complaint within 24 hours of the theft, immediately get the phone service blocked and file a claim with the insurer. This also opens the way for insurance on the malfunction of the handset or any defects that it may develop. Earlier, stateowned telecom company Bharat Sanchar Nigam offered its landline customers personal accident cover of Rs 50,000. The policy, offered by Bajaj Allianz, was introduced in January with one-year validity. MTNL, in partnership with Tata-AIG Life Insurance, is offering a similar Rs 50,000 accident cover to its customers in Mumbai for a year.

Going by past history, such offers are similar to freeinsurance covers offered on credit cards, and have more of a novelty value than serious monetary value.

Financial intermediaries, especially mutual funds, have started exploring the online option to benefit from Sebi’s norms on online investments. Ever since Sebi asked fund houses to do away with the entry load, several firms have started floating a separate online trading platform for investors to buy or sell various schemes.

Retail investors save 1-2% in entry loads while buying online, and fund houses can bypass intermediaries to establish direct contact with buyers. The first mover was Fidelity India, which recently launched Fidelity Online to help investors plan as well as transact and track their investments in Fidelity funds. Says Ashu Suyash, country head, Fidelity Fund Management: “This initiative will help all those DIY kind of investors who wanted control in their hands.” Following this lead are UTI MF, Pru ICICI MF and Reliance MF.

Do you know why you’ve invested and what you’re invested in? You can check your financial quotient here:

1. Interest rates have nothing to do with inflation rate and exchange rate

2. It’s enough to pay just the minimum required amount on a credit card bill every month

3. If you’re below 30, you should not buy health insurance

4. It’s good to have a very large amount in a savings account to take care of emergencies

0-1: Better luck next time (and do take the time to read this magazine. There’s plenty of information that could prove useful)

2-3: You’ll do—your grasp of your finances seems pretty good, though, of course, it could be better!

4: Obviously a know-it-all. Just make sure to keep reading and keeping your knowledge up-to-date 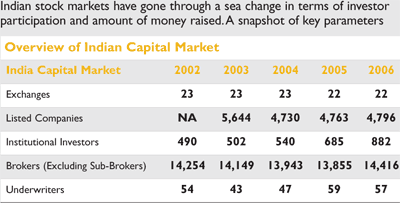 Financial rights get a boost