• Tata M o tors set to remove up to 3,000 temporary workers at its Pune factory.

NEWS FROM BOARD ROOMS
• Tata Motors idles its Jamshedpur plant again— the second time in less than a month.

• PwC cancels its year-end Christmas party in India as a cost-cutting measure.

• Infosys offers a sabbatical to its employees—they won’t have to come for work, but will be able to draw half their salary.

• GE Money to shut down nearly half of its 170 branches in India.

• Two-thirds of China’s small-toy exporters shut shop in the first nine months of this year.

• Nokia plans to stop selling mobile phones in Japan—except for its luxury brand, Vertu—after struggling to expand its presence.

BARGAINS AND DEALS
£620,000 Buy a Salsa Inmobiliaria home (Spain) and bag a flat.

• Venture capital investment in India grew 36% to $290 million in the third quarter of this financial year (till September 30). Meanwhile, in mainland China, VC investments grew 22% to $964 million in the same period. 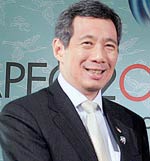 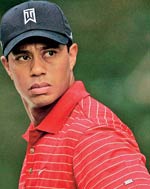 Tiger Woods
Crisis hits Tiger Woods
Even the richest names in sport aren’t immune to the credit crunch. The world’s top golfer, Tiger Woods, has lost out on a sponsorship deal with GM worth over $10 million (Rs 50.12 crore) a year.

P. Chidambaram
"There will be a slowdown, but we will remain the second fastest growing economy in the world."
— P. Chidambaram, Home Minister

"As many as 40% of exporters have closed down their factories and 50% of people in the four most-affected clusters have lost their jobs."
— Sudhir Tyagi, Vice-Chairman, All India Handicraft Board

"There is a delicious irony in seeing private luxury jets flying into Washington, and people coming off them with tin cups in their hands."
— Gary Ackerman, New York Congressman, at a hearing of House Financial Services Committee

POLICIES
• The Citigroup bailout package announced by the US government guarantees $306 billion in troubled assets and $20 billion in cash injection.
• Sebi will now extend crossmargin facility to all market participants as opposed to institutional investors only.