The agitation, as is apparent, has moved from the Parliament to national highways and some of the industry leaders Business Today spoke to felt it may be time to brace up for temporary disruptions considering that there are less than 12 months left for the elections. Special Category status after all is also an emotive issue. 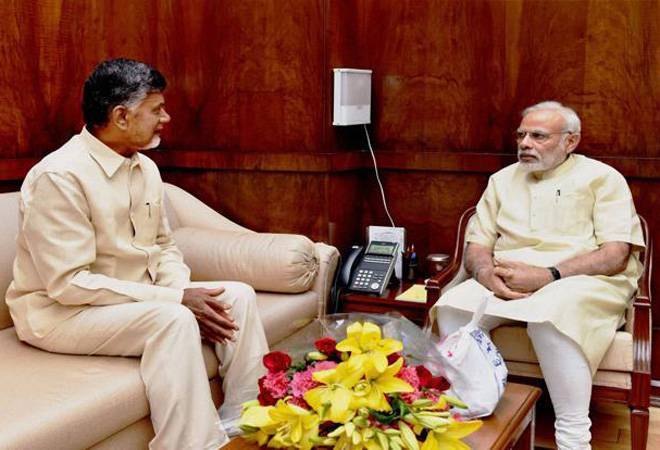 Upset over the Modi government's decision not to grant Special Category status to Andhra Pradesh, its former ally, the Telugu Desam Party, led by Andhra chief minister Nara Chandrababu Naidu has given a call for rail and rasta roko, along with other political parties, on Thursday, March 22nd. The agitation, as is apparent, has moved from the Parliament to national highways and some of the industry leaders Business Today spoke to felt it may be time to brace up for temporary disruptions considering that there are less than 12 months left for the elections. Special Category status after all is also an emotive issue.

At the time of Andhra Pradesh bifurcation in 2014, few economists argued against the economic rationale for a special treatment for the new state of Andhra. Primarily because when the state divided, Andhra not only lost a capital but also an important industry hub and ended up becoming a state that had a higher contribution of agriculture in its state GDP and along with it a lower per capita income. It badly needed industrialisation and therefore the tax sops and other incentives that come with a special category could play a big part in attracting investments to the new state. But look back at the past four years and it is not as if the industry was waiting for special category status to invest in Andhra and therefore, in a sense, the current demand and the issue four years since bifurcation, coming into focus seems to suggest that realpolitik is starting to colour the debate over the economic woes of Andhra.

Consider this: Last year South Korean auto major Kia Motors announced plans to set up a major manufacturing unit in the state's Anantapur district. This came a year after Indian auto giant Hero announced its plans to set up a unit in the Chittoor district of the state. In fact, this was considered a big win for Andhra and the acumen of Naidu as there wee news reports that the project was originally to come up in Dharwad in Karnataka. Sri City in the Nellore district with its strategic location, just over 50 kms from Chennai, has been attracting huge investment with the who's who of Indian, Japanese and other global companies. The state has got a range of companies putting up ceramics/ vitrified tiles units in the Nellore and Chittoor disctrict, rich in feldspar, a key mineral for this industry. One entrepreneur, who did not wish to be identified said, "the industry is okay with whatever incentives the state government is providing and the main reason why the investments are happening is because they are looking at the source for raw material and for markets in south India." Others talk of how tourism is picking up in Andhra, especially in Vizag and number of small tourism projects being taken up in coastal districts, including those to develop the Bhavani island in Krishna river in Vijayawada. For the industry, the connectivity in the state also seems to have improved. The state today has five airports - Vizag, Vijaywada, Rajahmundry, Tirupati and Cuddapah. And, two more set to come up - in Nellore and Kurnool. If that also happens, then it would be a good seven airports! This is not to talk of talent with a new Indian Institute of Technology (IIT) at Tirupati and an Indian Institute of Management (IIM) at Vizag. All of these not withstanding the big numbers in terms of memoranda of understanding (MoUs) that the state claimed to have signed during the Confederation of Indian Industry (CII) partnership summit in Vizag early this year. While the state still has a long way to go and faces the huge task of transforming the and building the social infrastructure, especially around the capital that can attract the IT services sector, there is clear need to work on getting the financial challenges sorted out by sitting across the table with the centre to sort out the transfer of funds but it is not as if the special status or the lack of it has kept the industry back in the state. For the moment, it is wait and watch for the industry.

Make in India in defence: Few JVs inked so far, but all lining up to take off

'Padmaavat would have been Bhansali's highest grosser even without the controversy'