10 things the new government needs to do on education, employment and employability front

As the new government moves from the poetry of campaigning to the prose of governing, the big and difficult agenda of jobs looms large, writes TeamLease Chairman Manish Sabharwal. 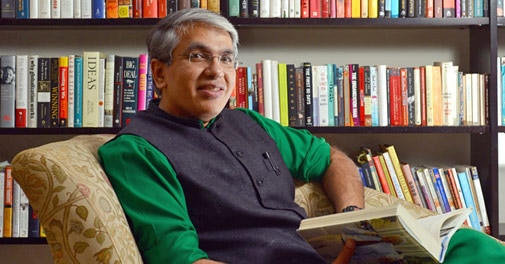 As the new government moves from the poetry of campaigning to the prose of governing, the big and difficult agenda of jobs looms large. Few will disagree that the election results have been influenced by the 100 million new voters in 2014 but the winners this time should be mindful that another 100 million new voters will join the electorate in 2019.

These young people have high aspirations that can only be met by a radical revamp of India's 3E (education, employment and employability) regime. Here are 10 things that the new government needs to do:

One of the biggest challenges of the last decade has been getting state and central governments to work on the same priorities with the same strategy. Given that labour is a concurrent subject - this does not mean both can legislate independently but both have to agree - we need a forum that creates a partnership between the central and state governments. 28 chief ministers matter more for job creation than 1 Prime Minister and India's demographic dividend (10 lakh kids joining the labour force every month for the next 20 years) means that we need a radical revamp of the NDC. This should include shifting it from the Planning Commission to the Prime Ministers Office, restricting the number of attendees, creating focused sub-committees, etc.

So far have focused on the sins of commission (what the government was doing wrong) but need to shift to the sins of omission (what the government is not doing). India is a hostile habitat for entrepreneurship because entrepreneurs have to generate their own power, provide their own transport, hire their own security and even manufacture their own employees. But this need to substitute for the state means that most employers in India are dwarfs (small companies that will stay small) rather than babies (small companies that will grow big) for e.g. companies with less than 49 workers accounted for 84% of manufacturing employment. Getting high speed roads, uninterrupted power, swift and deep sea ports, etc will lead to an explosion of job creation. The Ministry of Entrepreneurship is the Ministry of Infrastructure.

It is becoming clear that countries are not urban because they are rich but rich because they are urban. India only has 50 cities with more than a million people while China has 400. We have 600,000 villages; 200,000 of them have less than 200 people. Politicians dream of taking jobs to people but India needs to take people to jobs. Unlike Chinese New Year where 300 million people get on a train and go home, we don't have a mass migration at Diwali, Chaath, Eid, or Christmas. We need a massive increase in the number of cities because job creation tends to cluster. We need many new cities with real mayors and need to revisit the failed constitutional amendments for urban governance.

India has so many labour laws that you can't comply with all of them without violating 10 per cent of them. The lowest hanging fruit in labour laws is reducing complexity. But we cannot dance around the issue of employment contract; hiring somebody in India is the corporate equivalent of marriage without divorce. Trade unions have managed to position job preservation as a form of job creation but this is just gift wrapping narrow self-interest as national interest. Shareholders don't pay salaries; customers do and if India has to raise our manufacturing from 12 per cent of total employment and benefit from China running out of farm labour, we need a radical revamp of our labour laws.

India has among the highest payroll confiscation regimes in the world with 49 per cent of the salary of the low wage worker in cost-to-company world deducted at source for poor value for money programs. The biggest culprit is the Employees Provident Fund Organization (EPFO) that deducts 24 per cent of salary but is the world's most expensive government securities mutual fund (440 basis points) and whose poor plumbing means that almost half the accounts are orphans with money that has not been claimed. The three reforms for EPFO should be a) end the 12 per cent employee contribution to EPFO. Low wage employees don't have the savings rates that this contribution implies, b) shut down the employee pension scheme which has a deficit of Rs 40,000 crore and revert to the pre-1991 status of employer PF contribution going to a defined contribution account, c) create competition for EPFO by allowing employees to opt for paying their monthly contribution to the National Pension Scheme used by government bureaucrats. Health insurance is another area; the mandatory ESI scheme not only offers poor value for money (it has a pay out ratio of only 49% while most health insurance program in India have ratios above 90 per cent). As a first step ESI should reduce its contribution amount because it has no reason to accumulate Rs 28,000 crore of investments. Secondly we should allow all employees to opt for their monthly contribution to be paid to any IRDA regulated health insurance program.

Last year our 1200 employment exchanges gave only 4 lakh jobs to the 4 crore people register. They are not only ineffective but they are one trick ponies who do not offer the important services of counselling, assessments, apprenticeships and training. We need to convert our employment exchanges into career centres that offer a physical option for youth to access various services and be matched with employers. State governments are making a mistake by shutting down employment exchanges which are an important institution on ground to create convergence between the 3Es.

Most investments have long payback periods and uncertanity around taxation or the lack of predictability around regulations hold back the virtuous investment cycle; 60 per cent of China's exports come from multinational companies that already have market linkages and these exports have created jobs that have laid the foundations of domestic consumption. The fifth priority is macro-economic stability because the huge inflation of the last five years has raised interest rates and created a divergence between real and nominal wages that is not only retarding the migration from rural areas but murdering the virtuous investment cycle.

We have lopsided sectoral geography of work; only 12 per cent in manufacturing and 50 per cent in agriculture. Our workers on farms not only have low productivity - India uses 75 million workers to produce 120 million tonnes of milk while the US uses 100,000 workers to produce 60 million tonnes of milk - but more painfully they are condemned to poverty. We are the only country with the scale to take advantage of China's rising labour costs and our immediate target should be to move people from farms to factories so that manufacturing reaches 25 per cent of the labour force. This need the 9 interventions highlighted earlier.

India's 3E regime does not need more cooks in the kitchen but a different recipe. We need a more bold state that is willing to take risks and innovate to ensure that our demographic dividend does not become a disaster. India's youth is counting on it.

(Manish Sabharwal is Chairman of TeamLease, a human resources outsourcing and staffing company)