Blockchain applications are suitable across industries due to their security, immutability and decentralised properties. This means the next wave of new technology jobs would come from blockchain 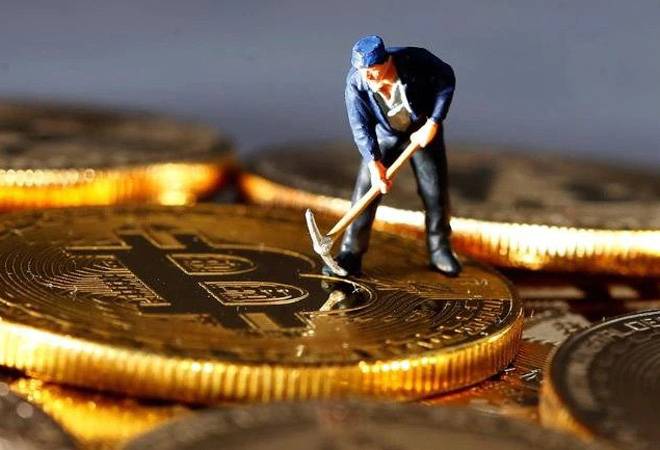 Working knowledge of blockchain could be the next great differentiator

Blockchain is hot news these days. There was a time, in the not so distant past, when working-age people were going after analytics courses. People's inboxes were flooded by emails from sundry institutes and organisations offering analytics courses, degrees and diplomas.

Everybody wanted to get into analytics. While the availability of data is huge and the requirement to analyse and make sense of it is still there, analytics doesn't seem to be so popular now. Blockchain seems to be the next analytics.

As per Yli-Huumo etal, the idea of Blockchain started in 2008 (Yli-Huumo, Ko, Choi etal, 2016). Blockchain is defined, as the name suggests, as a chain of blocks of information. This is stored in a database. Merriam Webster defines blockchain as "an open, distributed ledger that can record transactions between two parties efficiently and in a verifiable and permanent way."

Blockchain is also defined as "a digital ledger of economic transactions that is fully public, continually updated by countless users, and considered by many impossible to corrupt." (Carlozo, 2017). The use of cryptography makes the blockchain transactions trustworthy and secure (Holbl, Kompara etal). All cryptocurrencies including bitcoin have the blockchain technology at its base.

This could lead to an annual saving of $ 20 billion in costs. Middlemen could be eliminated just like that. Payment collection and automation of digital invoices are other applications in the banking industry. Crowdz is a B2B startup that is blockchain-based.

Barclays bank has invested in Crowdz in May 2019. JPM Coin is being launched by JP Morgan to enable transactions between one institute and the other. JPM Coin is based on blockchain technology.

Blockchain technology is slated to revolutionise messaging. It is going to be used to build an improved and secure communication infrastructure. The security expectations would be uniform across platforms. Currently, different platforms have different protocols which might compromise security.

SuchApp is working at creating a "5G ecosphere" using blockchain. Commercial transactions would also be possible on SuchApp. Then there is BlockMesh. This will work outside the range of cellular towers. It will work on the concept of peer to peer networking.

Telegram Open Network (TON) is being developed by the popular social networking app Telegram. They are planning to get into censor less browsing, payments and file storage. Other chat platforms like Kik are also raising money via Initial Coin Offering (ICO).

Kik is into in-app currency. There are other nuances which some companies utilise to make themselves unique. There's an app called Echo that uses a different protocol named Interplanetary File System (IPFS) which leads to quicker messaging. Echo is unique because other apps require the interacting parties to access the blockchain directly whereas Echo bypasses this by using the IPFS client.

Ride-sharing services have started using blockchain technology in a big way. Although we hear a lot about ride-sharing, according to a U.S. report, only 1% of the Vehicle Miles Travelled (VMT) (standard terminology in the ride-sharing industry) are accounted for by the ridesharing services.

There is a huge opportunity in rural markets. Blockchain technology can help by removing intermediaries between the driver and the rider. Driver vetting is another advantage of blockchain technology. Smart contracts make the rules and regulations transparent. These can be viewed by any stakeholder of the platform.

Any variations would be accomplished by enforcing smart contracts. The drivers' traffic record could be added to the blockchain to be used later for feedback and corrective measures. An Israeli company is working on a community-owned transportation platform that utilises any unused capacity for the benefit of the rider.

Education Industry has a lot of potential for the use of blockchain technology. Academic credentials could be added to the blockchain. This would make the verification process easy. Any fraudulent claims could be nipped in the bud.

There is a U.S. based startup, Learning Machine, that has created a toolset called Blockcerts that can be used to prepare, provide, view, and verify blockchain-based certificates. Student records can be shared and secured using blockchain. There are a lot of education apps and services available nowadays. Identity management for these services is a major problem. There are blockchain-based platforms available that help users carry their identity around the internet.

Internet of Things (IoT) could use blockchain technology for its advantage. A new concept christened as Autonomous Decentralised Peer-to-Peer Telemetry (ADEPT) uses a technology similar to blockchain to let devices (things) to communicate with each other directly without the presence of any mediator.

Data security is a major challenge with IoT as multiple devices get connected in real-time. If the data gets leaked or it is in some way not secure, it could be detrimental for all the concerned parties. The security aspect of blockchain could be utilised to its full potential when dealing with IoT.

Real Estate industry is another where blockchain technology could play a pivotal role. There are software as a service (SaaS) platforms where property information could be put in and documents could be recorded.

Blockchain applications are suitable across industries due to their security, immutability and decentralised properties. This means the next wave of new technology jobs would come from blockchain. Get ready to be swarmed by promotions from organisations/institutions offering blockchain courses. Working knowledge of blockchain could be the next great differentiator.

Trouble at Infosys: What to expect from ongoing investigations into the tech giant