Budget 2014-15 is a modest first intervention for coal, power sector

The FM has done well to extend the 10-year tax holiday, in one go, till March 31, 2017, instead of giving yearly extensions. 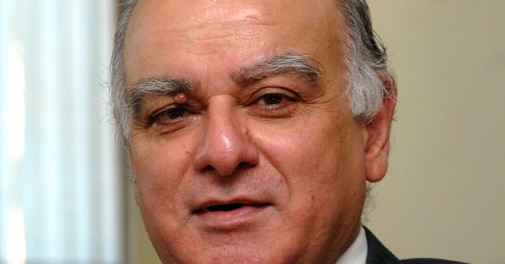 The Finance Minister's 2014/15 Budget for the power and coal sectors can be termed as a modest first intervention. There is a humongous requirement for financial resources, clear policy statements and a road map for creating a viable and energy secure future for the country.

The immediate challenge for the power sector is to restore the financial health of distribution, technically upgrade the sub-transmission and distribution, ensure 24x7 power supply to urban and rural homes, ensure adequate coal and gas supplies to underutilised or stranded generation assets, and find a financial fix for stressed assets which are on the verge of becoming NPAs. This is besides a future road map for cleaner affordable power production and its efficient use. Quite understandably, we have a vision of creating world-class smart cities, which will need smarter grids.

The first requirement for the power sector was retaining investor confidence of private entrepreneurs in generation, transmission and distribution.

The FM has done well to extend the 10-year tax holiday, in one go, till March 31, 2017, instead of giving yearly extensions. This will give the right signal to new and wavering investors. With respect to fuel shortage, he has indicated the government's resolve to take comprehensive steps for enhancing coal production along with stringent mechanisms for quality control, environment protection, ensuring crushed coal and setting up washeries, while ensuring adequate quantity of coal to all power plants already commissioned or to be commissioned till 2015.

It would have been comforting to investors if assured quantities and timelines had been provided, as even in the optimistic scenario, envisaging timely statutory clearances, land acquisition and availability of matching evacuation facilities, there would be a demand-supply gap of 185.5 MT in 2016/17, including 153.7 MT of non-coking coal.

The sector is still looking for an answer to the entry of private sector in coal mining for trade, scaling up of MDOs as a midterm solution, issues of governance or breakdown of law and order in many mining areas, and completion of evacuation rail links from coal rich mines. The Coal and Power Minister, of course, recently assured of speeding up three badly delayed rail links.

The stated exercise to rationalise coal linkages, which was mooted a few years ago to optimise transport of coal, keeping in view specific boiler requirements, would be commendable. A timeline would have been appreciated.

The provision of Rs 100 crore for preparatory work for the 'Ultra Modern Super Critical Coal Based Thermal Power Technology' is presumed to be for the ongoing work between BHEL, NTPC and IGCAR (coordinated by PSA to PM) for the Advanced Ultra Super Critical Thermal Coal Technology. This needs to be expedited, as it will save coal and reduce emissions.

The FM has announced the 'Deendayal Upadhyay Gram Jyoti Yojana' for feeder segregation in rural areas and also for strengthening sub-transmission and distribution, and has provided Rs 500 crore for it. This programme is extremely important and should be an immediate logical extension of the RGGVY and R-APDRP schemes.

The magnitude of funds required for this scheme over three to five years is humongous. Current modest estimates could be a minimum requirement of about Rs 1,00,000 crore depending on the extent of grant, as in  RGGVY/R-APDRP. Some realistic estimates of the total requirement in the transmission and distribution sector are a minimum of Rs 3,00,000 crore.

This is perfectly logical as the expenditure on generation, transmission and distribution has to be in the ration of 2:1:1. We are expected to invest nearly Rs 5,00,000 crore in the generation sector in the 12th Plan.

In keeping with the country's rapid urbanisation and aspirations to be in the vanguard of development, a plan to develop 100 smart cities has been announced with an outlay of Rs 7,600 crore. No smart city can be envisaged without a smart grid, much smarter than the one known today in India. This component will need to be identified soon.

The FM has rightly laid focus on new and renewable energy for the energy security of the country and also to build reliable and affordable decentralised non-fossil fuel generation systems. The Ultra Mega Solar Projects in Rajasthan, Gujarat, Tamil Nadu, and Jammu & Kashmir, as well as solar water pumps deserve encouragement. Nearly Rs 1,000 crore has been provided this year. We should provide Rs 7 crore to Rs 10 crore a megawatt for generation and transmission. The import concessions for solar and wind installations are commendable. These sources of generation will only become a reality if Renewable Purchase Obligation is enforced by law or by the regulators on all power distribution.

Large-scale introduction of wind and solar power will need immediate construction of green energy corridors which will require an investment of over Rs 40,000 crore. Power Grid has already commenced its portion of work. The states will need to be activated, and weather forecasting introduced at local level to predict availability of infirm power. If we are to build on solar and wind power, we should start investing on cell storage and electric vehicles, at least in the smart cities.

The FM's announcements could have made end-use energy efficiency and demand side management an integral part of our energy vision. As a beginning, excise duty on star labelled products could be directly related to the number of stars for the product notified by the Bureau of Energy Efficiency. These programmes have direct economic and environmental benefits.

The announcement of rationalisation of customs and other duties on all kinds of coal is a step in the right direction, and in keeping with the concept of minimum government. However well merited are the announcements in relation to increase of clean energy cess from Rs 50 to Rs 100 a tonne of coal extracted, the imminent upward revision of royalty on coal, and washed coal. They will all contribute to increase in tariff of coal-based thermal power.

It would be worth considering if the proceeds from the Clean Energy Fund could be used to finance the additional cost on advanced ultra super critical thermal plants, coal washeries and also on underground mining of coal. It is a hard reality that coal will continue to be our mainstay for power production. The FM was silent on domestic gas prices and availability. It should quickly replace other forms of cooking fuel. He did well to assure us on the Renuka Dam. Such water reservoirs are useful for drinking water and hydroelectricity. What about the other dams?

The government has done well to integrate the energy ministries, and the minister has also been proactive. However, we need a comprehensive road map for the next five years in respect of the power and coal sectors. They will be crucial if we are to attain an eight per cent rate of growth and Gross National Happiness.

Maybe, the FM was constrained by a lack of detail and clarity on these two sectors in the party's election manifesto. We can hope that the FM's Budget was just a prelude to a more comprehensive plan in February 2015. We desperately need it.

India to transform into a software product nation