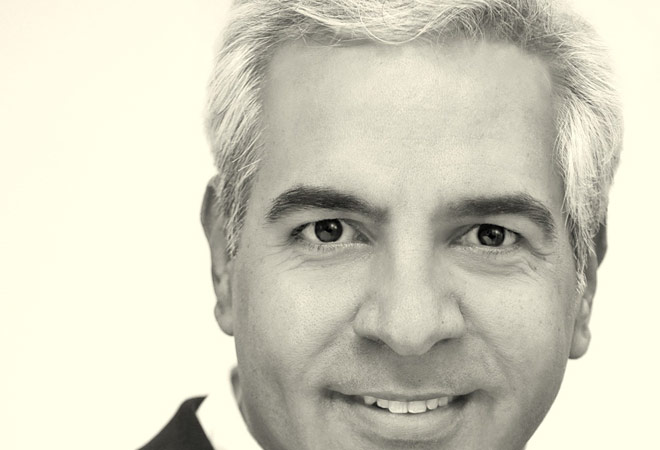 Competitive brand battles can be drawn-out affairs, outlasting the tenures of several management teams. They can also be very expensive, often requiring outlays in the hundreds of millions of dollars. In some cases, billions of dollars are involved. It's not just Coke versus Pepsi . These battles occur in every industry and practically every product category. Visa versus Mastercard. Nike versus Adidas. Colgate versus Crest. Airbus versus Boeing. Caterpillar versus Komatsu. Dell versus Lenovo versus Acer versus HP. Viagra versus Levitra versus Cialis. The list goes on and on.

Brand battles consist of far more than just marketing tactics and consume significant managerial attention. They can define the dynamics of their respective industries for years (or even decades), pushing market segmentation and technological boundaries, driving product innovation, catalysing mergers and instigating corporate growth and rationalisation. Combatants need to arm themselves with a clear understanding of the battlefield and their own competitive objectives and strategy, as well as a thorough grasp of the most important competitive levers, and, for good measure, a gauge of the yardsticks by which success will be defined. But that's not enough to win.

The spoils in these wars are customer attention, consideration and choice. In other words, the competition for real-world resources (whether it is media, shelf space, raw materials, or talent) is merely a proxy for the real battle for the customers' cognitive resources. Victory requires an understanding of the rules by which the mind stores and processes information about brands. This article describes the topography of the competitive playing field and looks at how the finite nature of the customer's cognitive capacity defines the outer boundary of the playing field on which brands compete.

As a platform for transactions between buyers and sellers, brands represent a classic downstream, market-based competitive advantage. They are ubiquitous because they help companies attract customers and make it easier for consumers to find the products they want and need. Simply put, brands make markets more efficient in the sense that buyers and sellers are brought together at lower cost to both than would be possible without brands.

FedEx encapsulates its value proposition in taglines such as "The World on Time." Tide laundry detergent "washes whitest" and promises the "Clean you can Trust." It is no accident that the positioning of brands typically communicates cost or risk reduction. Successful brands offer clear and appealing value propositions that are distinct from the value propositions of competitors.

Brands, of course, also offer an implicit guarantee that the customer's experience with the product or service will be similar for present and future purchases as it was for past purchases. And in a world of practically infinite choice, consumers gravitate toward brands they trust to deliver on promises. So in order to serve as a platform for customers and sellers to come together, your brand has to demonstrate consistent quality and consistent positioning, over time and over purchase occasions.

Sometimes customers are willing to pay a premium for what-you-see-is-what-you-get clarity. Sometimes they return to their preferred brand simply because of brand loyalty. In either case, a return on investment is gained on efforts to ensure brand quality and consistency, and these returns act as an incentive to the seller to maintain those investments.

A classic thought experiment in the world of branding is to ask what would happen to Coca-Cola's ability to raise financing and restart operations if all of its physical assets around the world were to mysteriously go up in flames. The answer, most reasonable business people conclude, is that Coca-Cola would have little difficulty finding the funds to get back on its feet. The company would survive such a crisis because the value of its brand would attract investors looking for future returns.

A related thought experiment involves asking what would happen if instead of the loss of the physical assets, seven billion consumers around the world were to wake up one morning with partial amnesia and could not remember the brand name Coca-Cola or any of its associations. In this latter scenario, despite Coca-Cola's physical assets remaining intact, most reasonable business people agree that the company would find it difficult to attract significant further investment. The loss of the downstream asset, the brand, it turns out, is a more severe blow to the company's ability to continue business than the loss of upstream assets.

What about Coca-Cola's secret formula? Without this proprietary upstream asset, the company would not be as successful as it is today. And yet, the so-called 'sacred formula' has not been a secret for years. It was made public in Mark Pendergrast's biography of the Coca-Cola Company entitled For God, Country, and Coca-Cola (Basic Books, 1993). As the secret behind Coca-Cola's success, the publication of this product formula might have been reasonably expected to send Coca-Cola's share price plunging. It didn't. But partial amnesia among the world's consumers about the brand undoubtedly would.

What is maintaining this all-important downstream source of competitive advantage all about? In their efforts to build brands and compete for customers, businesses routinely vie for web clicks, page ranks, media visibility, celebrity endorsements, distribution contracts, shelf space, and paid advertising space. They engage in belaboured 'conversations' with customers on social media sites. Customer behaviour is tracked using loyalty programs and clickstreams. Annual global spending on paid advertising exceeds $500 billion, and is growing at about 10 per cent per year. Retailers, meanwhile, play with store layout, shelf placement, planograms and shelf-talkers to provide higher-margin and faster moving brands with greater in-store visibility. They monetise their shop floors by charging manufacturers for placing their products at eye-level and in end-of-aisle displays.

As seen by the people who manage brands (the network of marketing professionals, brand managers, market research experts, advertising types, packaging designers and salespeople), the job is to get more and better resources for their brands at a cheaper price and to put them to more efficient use than competitors. But that is akin to saying Michelangelo's job was to "use a chisel". While accurate, the job description omits a description of the battlefield and the end game, to say nothing of the art. Stepping back from the immediate tactical concerns of efficiency (a cheaper media buy, the development of an effective ad execution, better shelf placement, or search engine optimisation), it is worth asking what exactly is it that brand managers fight over. The answer is: a piece of the customer's mind.

Corporate marketers often point to their brands as being among their companies' most important assets. They forward Interbrand rankings that show the world's top 20 brands are jointly valued at over $700 billion to sceptical finance colleagues, hoping that impressive, independently adjudicated dollar values will make it easier to maintain or boost their own marketing budgets, or at the very least, help convince the hard-nosed CFO that marketing expenditures are not wasted. In this line of reasoning, the brand is construed as the end of marketing efforts. But while it is useful to keep the financial value of brand investments and returns in mind, managerial focus on the financial end-goal can detract from effective brand building. The process, strategy and tactics are obscured. And the customer's mind, where the brand resides, and where the game is played, remains an enigma.

The time and cognitive effort that customers spend processing information about your brand deserves close management scrutiny. That's the playing field on which your brand competes. In a nutshell, it determines how much attention and memory capacity is devoted by consumers to your brand, as well as what the brand means to them. This playing field, like any other, has boundaries and rules. A good understanding of how the game is played allows you to build competitive advantage on this mental playing field.

The marketplace offers almost infinite information, but a consumer's mind is a finite resource, so the outside boundary of the playing field is of particular relevance to brand competition. No consumer can absorb, interpret, store, recall and use all of the information available, not even all the relevant bits. This imbalance between available information and available mental processing and storage capacity gives rise to a necessary principle of scarcity. Without it, there would be no need for firms to compete for awareness and privileged positions in the consumer's mind.

A direct corollary of limited capacity is the principle of cognitive economy. Cognitive economy states that because their information processing capacity is finite, customers will often trade off accuracy of results and optimal outcomes for efficiency of information storage and processing.  In other words, customers may end up choosing products that are easier to purchase rather than ones that are the best for their purposes, simply because they can't remember everything about products, or so that they don't have to think too much about them (because they have other things they would rather be thinking about). This basic principle has many implications, including the mental shortcuts and mental organising frameworks that consumers use to make sense of the marketplace.

It is useful to note that the principle of cognitive economy underscores the importance of how consumers buy and consume relative to what they buy and consume. It emphasises the importance of downstream activities. For example, consider how customers respond to radical innovation. Novel products have very high failure rates. Most of them, whether launched in the grocery store, the technology domain, or business to business arena, end up in the discard pile within a year of launch. Companies persist in developing and launching radical innovations despite their high failure rates because novel products that do succeed tend to be much more profitable. Still, novel products often fail simply because customers don't know what to make of them. Consumers see too much risk in adopting them or they can't see where these new products would fit in their lives.

When customers do come across a new product, their cognitively economical approach is to try to classify it, to sort it into a familiar bin or category, so they can make sense of it in familiar terms. If they can do this, they can efficiently apply existing knowledge. For example, coming across a bean bag for the first time, a customer might be confused. But classifying it as a chair clarifies its purpose and usage. This classification is an example of a process called categorisation. Categorisation is a type of mental organising framework that consumers use to make sense of the world around them, including the marketplaces in which they work, live and play.

Categorisation, like many other cognitive processes, determines the effectiveness of marketing. Early in the life cycle of digital photography, when film-based photography still dominated, Lexar introduced memory cards for digital cameras in gold packaging, similar to Kodak film, with a speed rating similar to traditional film's ISO rating. Labelled 'digital film', the memory cards were placed alongside photographic film in stores. As a result, Lexar bridged the distance between the new product and what film photographers were accustomed to buying. How the innovation was presented to consumers made it easier for them to understand, compare and contrast the product during the transition from traditional film.

Competitive battles between brands are played on playing fields inside the customers' minds. It pays to know the layout of the playing field and the rules of the game.

Niraj Dawar is Professor of Marketing at Ivey Business School at Western University in London, Ontario. This article is based on his book 'TILT: Shifting Your Strategy from Products to Customers'

Digital Makes the David versus Goliath Story a Reality