Do not discard offline as yet

With the growth of hyper local commerce on the web, the link between online discovery and physical commerce are becoming stronger, even as integrated marketing stays put. 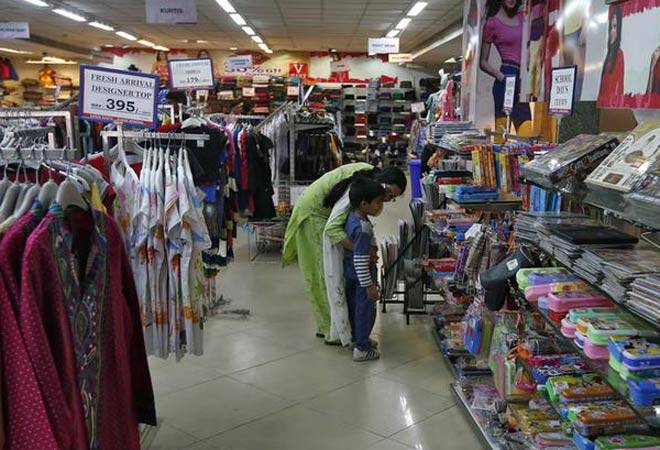 With the growth of hyper local commerce on the web, the link between online discovery and physical commerce are becoming stronger, even as integrated marketing stays put. (Photo: Reuters)

Ashvini Jakhar, Founder and CEO of Prozo, and a former Lt. Cdr. (Dr.) in the Indian Navy
With the growth of hyper local commerce on the web, the link between online discovery and physical commerce are becoming stronger, even as integrated marketing stays put.

Some questions to ponder upon: Mobiles blazed past fixed-line connections even before the latter could establish its presence in India. But can you think of an all cell-phone world without the fixed line, even today? Plastic money once took over the power of purchase from hard cash not a long time ago, and now mobile wallets are making their presence felt. But can you think of any one of them ceasing to exist, forever? Or in the foreseeable future?

Large horizontal e-commerce companies are one-stop shops, and their convenience and ease of use cannot be ever over-emphasised. But does that mean that our friendly neighbourhood kirana shop or departmental mom-and-pop stores would soon disappear?

As one can see, co-existences are still very much a reality. Something that's true for the fast-evolving e-commerce base in the market, too.

The timeline of e-commerce dates back to when the Internet started shaping up. Back in the 1970s, ARPANET had become a precursor to the Internet, serving as a test bed for new networking technologies, linking many universities and research centres. The 80s brought in the Electronic Mall CompuServe in the US and Canada, while the following decade saw the birth of the WorldWideWeb.

Soon, a frenzy followed - Netscape was released; SSL encryption for secure transactions was introduced; Jeff Bezos launched Amazon.com; eBay was founded; IndiaMART B2B marketplace got launched in India and the Alibaba Group in China. Napster launched the peer-to-peer file sharing software and the decade was filled with high decibel global online commerce activities. The decade ended as quickly as it had begun in the online space: with a whimper.

The beginning of the 21st century saw the dotcom bust, followed by M&As such as eBay acquiring Paypal. Also, niche retail companies such as Wayfair and NetShops were founded to sell products via targeted domains rather than a central portal.

In India, the e-commerce industry has seen an exponential growth over the past decade. According to Assocham, the Indian e-commerce industry is likely to be worth $38 billion by 2016, a 67 per cent jump over the $23 billion in the year gone by. Increasing internet and mobile penetration, growing acceptability of online payments and favourable demographics has provided the unique opportunity for e-commerce companies to connect with their customers online.

Despite the obvious happy numbers and the high-decibel growth in the sector, it remains a small share of all retail sales globally, anything between 1 per cent and 15 per cent in countries as varied as the US, UK, China and India. Although there are a staggering number of e-commerce start-ups coming up nearly on a daily basis, few soar higher to become billion-dollar unicorns. This is primarily because these 'newnicorns' are more discoverable than others.

With traditional selling giving way to large-format online selling, marketing is on an evolution path, too. Billboards, posters, print, radio and TV ads, pamphlets and leaflets are being given a go-by in favour of digital marketing. Indeed, we do see euphoria in this replacement. As a marketer says, we are in an era of over-exposure to start-up brands.

The smartphone is the online shopping enabler today and industry leaders predict that m-commerce is poised to contribute up to 70 per cent of their total e-com revenue.

Already, 60-65 per cent of the total e-commerce sales are generated by mobile devices and tablets in India; an astounding increase by 50 per cent since 2014/15.

Reports say that browsing trends in India have broadly shifted from the desktop to mobile devices; online shopping is also expected to follow suit as one of three customers currently transact through their mobiles in Tier 1 and Tier 2 cities. In 2015, 78 per cent of shopping queries were made through mobile devices, compared to only 46 per cent in 2013.

But then, there's no denying that online-to-offline (O2O) has been fuelling hyper local sales as well.

Given that O2O and hyper local selling are drumming up footfalls in the real-world stores, having the potential to combine payment models and foot-traffic generators for merchants, and create offline purchase opportunities for consumers, the mechanism is here to stay. It is measurable, since every transaction happens online.

Another set of benefits is that discovery, payment, and performance measurement of offline commerce moves online, triggering chain reactions across industries - advertising, payments, and commerce. According to estimates, this cohesion and online feature is a humongous opportunity worth trillions of dollars where the local consumer increasingly shifts his spending on the Web. Shift in technology today is ubiquitous. In shopping experiences, it even has virtual fitting rooms, showrooms and many other innovations that once were the USPs of traditional walk-in stores.

Today, these very brick-and-mortar stores are building unique storefronts and providing seamless transactions through digital point-of-sales systems. Such digitally enabled stores are using PoS systems to provide high feasibility to their consumers wherein all that one has to do is walk in and pick what they like, and the product gets shipped at their doorstep. This not only leads to more focussed buying in a sea of choices for the consumer but also enables sales crews to engage with the consumers in a better, productively enhanced way.

Take for instance, Voylla - founded in 2011. Integrated with over 30 online marketplaces - 25 in India, including Flipkart and Snapdeal; rest in the US, the UK, Singapore and West Asia - the e-tailing fashion jeweller also has three shop-in-shop stores in India in a JV with Future Group's Central Mall.

A fresh infusion of funds has made Voylla plan an expansion of its physical store network to 100 outlets. Of these, 40 will be exclusive stores pan-India, while the rest would consist of shop-in-shop and franchise outlets.

Going by the US example, not more than 30 per cent of the business is online, while the majority continues to be offline. India is projected to reach in the vicinity of 15 per cent online by 2020. Since the large part of retailing will continue to be offline, it's anybody's guess as to where the concentration should be for companies.

Voylla's not the first one to see the offline edge and perhaps won't be the last. Ratan Tata-funded Bluestone, Caratlane, e-fashion's FabAlley, online furniture marketplace Pepperfry, and eyewear portal Lenskart - all have offline stores where the customers can touch and feel the product but must visit the respective sites to purchase.

On the other hand, start-ups such as FabFurnish, Urban Ladder, Capricoast and Foyr have turned to offline partners for a commission-based model. As per this model, consumers can window-shop or 'web room' online to compare prices and designs, and visit physical outlets partnering with a particular brand to buy the brand's products.

For the start-ups, which are primarily focussed on technology and all things digital, the O2O business models have emerged as capital efficient also because hyper local models cater to add-on services such as on-site installation, returns, real-time feedback and QC, and enhancing the return-customer base. The O2O blend, either way, embraces two distinctly different worlds - online and offline - presenting a sweet spot for all to benefit from. This is also distinctly mature for emerging businesses where cohabitation is established between the physical and virtual worlds.

Brick-and-mortar shops are not in the vicinity of extinction hit by the wave of technology. Not just yet.

(The author is the founder and CEO of Prozo, and a former Lt. Cdr. (Dr.) in the Indian Navy)