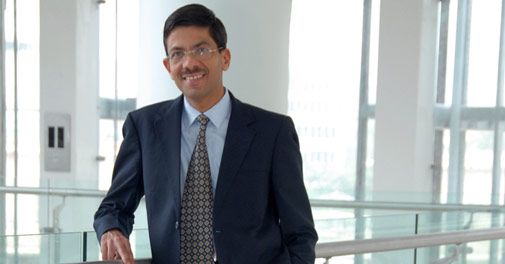 During the last fortnight, overall global markets traded on a positive note in the initial part of the trade on the back of expectations of sooner than estimated rise in interest rates by the US Federal Reserve. Strings of optimistic economic data from major global economies led to upside movement in the markets.

However, in between, markets saw a correction as a result of geopolitical tensions after Malaysian passenger jet was shot down by rebels bordering Ukraine and Russia.

On the domestic front, the markets traded higher and touched all time high level as a result of constant inflow of funds in equities and debt market. The Rupee appreciated around 0.1 per cent owing to favorable retail and wholesale inflation data.

Optimistic industrial activity also acted as a positive factor. However, robust dollar demand from state-run banks on behalf of oil importers and defence purposes capped sharp gains in the currency. Also, buying of dollars by the central bank restricted sharp positive movement in the currency.

In the non-agri commodities space, gold slipped into negative territory and witnessed losses of more than two per cent in the last 15 days. A very volatile movement was observed in the yellow metal as receding of Portugal Bank default concerns in the earlier part of fortnight led to fall in demand for the metal.

Also, gains were restricted after Dallas Fed President Richard Fisher said that the central bank is "likely" to start raising interest rates gradually early next year and should begin shrinking its massive balance sheet in October to signal its confidence in the recovery.

However, in mid-fortnight, a strong safe haven buying was seen on the back of intensified tensions in Ukraine and the Middle East followed by gains in SPDR trust holdings. But these gains did not continue for long as tensions simmered down in the latter half, thereby reducing safe haven appeal.

In the Indian markets, gold prices fell by 1.5 per cent in line with declining trend in international markets closing at Rs 27,938/10 gm. Spot silver prices also traded lower in line with gold prices and plunged by 3.4 per cent last fortnight.

Receding of geopolitical tensions in the Middle East and Ukraine along with falling trend in iShares holdings also acted as negative factors.On the MCX, silver prices declined by 3.9 per cent in line with fall in international prices closing at Rs 44,281/kg.

During the last fortnight, LME Copper prices traded lower by 0.5 per cent as intensified tensions between the Russia and the West led to fall in demand for the red metal. Also, renewed geopolitical tensions in the Middle East exerted downside pressure on prices

However, positive manufacturing data from China, rebound in market sentiments after tensions receded along with more than two per cent decline in inventories to six-year low levels restricted sharp downside in prices. MCX copper prices fell by one per cent in the last 15 days in line with International markets and Rupee appreciation.

After trading on a negative note in the last fortnight, crude oil prices returned to positive trend owing to intensified tensions between Russia and the West that worsened after the US and the Euro Zone imposed targeted sanctions on (Russian) President (Vladimir) Putin's allies, including Russia's biggest energy producer, Rosneft.

Also, twin suicide bombings in Libya, which delayed opening of Brega port, supported gains. However, sharp gains were capped on the back of increasing gasoline supplies in the US that indicated weakening demand in the biggest consumer coupled with IMF cutting 2014 global growth forecast to 3.4 per cent exerted downside pressure on prices.

In the coming fortnight, we expect precious metals to trade lower on the back of positive outlook for the US economy as indicated by the improving job market scenario would prompt the rate hike in the FOMC meet due on July 30. Also, estimates of positive GDP data from the US will exert downside pressure on prices.

Crude oil prices will likely trade sideways as tensions persist in the Middle East and Ukraine. Also, improving US economy will spur demand. While on the other hand, increasing supplies despite tensions will exert downside pressure on prices.
Base metals are likely to trend higher as favourable manufacturing data from China and improving US economy will assure demand in the world's biggest consumers. Also, decline in stocks to six-year lows will drive prices. However, any escalation of tensions in Russia and Middle East will restrict gains. The last fortnight saw mixed trades in the agri commodities basket. Agri commodities prices were gaining over the past few weeks on the back of below normal monsoon, drought-like conditions and a sharp decline in the kharif acreage. However, a revival in monsoon and sharp pickup in the sowing operations across the country led to a decline in the prices.

According to the Indian Meteorological Department (IMD), the cumulative rainfall for the season till July 25 was 24 per cent below normal. The IMD has also lowered the chances of emergence of El Nino during monsoon to 50 per cent.

According to the Ministry of Agriculture, kharif sowing as on July 25 was reported 26.9 per cent lower at 53.32 mn ha as against 72.91 mn ha during the corresponding period last year.

The edible oilseed complex witnessed an upside movement. CPO as well as refined soy oil gained 1.7 per cent each over the last fortnight on improvement in the domestic demand due to the upcoming festive season coupled with some weakness in the Rupee.

Soybean prices, which gained in the former half of the fortnight due to lower sowing and tight supplies, declined from higher levels in the latter half due to a revival in the monsoon as well as pickup in the sowing operations. Weak overseas markets coupled with weak soy meal export demand added to the downside pressure and settled 0.4 per cent lower.

Among spices, coriander posted 1.5 per cent returns on supplies concerns due to lower output. Turmeric witnessed mixed trades and managed to gain marginally by 0.3 per cent. Lower acreage and weak monsoon in the turmeric growing regions lent support to the prices while huge carryover stocks and weak physical demand kept prices under check.

Jeera corrected on profit taking at higher levels, losing 1.5 per cent over the last fortnight. Also, exporters are waiting for a fall in the prices to place fresh buying orders.

Cotton futures on ICE also declined 5.01 per cent on expectations of weak demand from China and higher global supplies.

We expect most of the kharif commodities like soybean, cotton, sugar and turmeric to remain under downside pressure in the coming fortnight due to a revival of monsoon coupled with a pickup of sowing activities. Turmeric and sugar may also continue to decline on weak physical demand. Cotton is also expected to remain in the negative tracking weak overseas markets.

Rabi commodities like mustard seed and chana may find support due to declining arrival pressure. Mustard meal export demand may also support mustard prices. Jeera may find support on expectations of demand from the overseas markets at lower levels.

We also need to carefully track the further progress and advancement of monsoon as well as keep a tab on the sowing activities. Prices are also expected to take cues from movement in the Rupee.