There is a fundamental shift in the way the domain of leadership development is looked at these days. 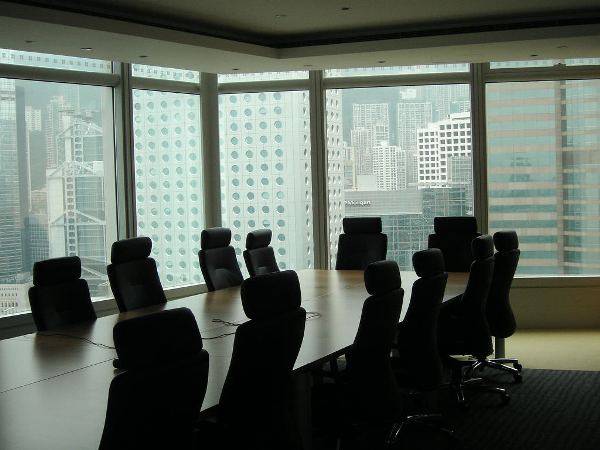 There is a fundamental shift in the way the domain of leadership development is looked at these days. So the time has come to reflect upon the content and the depth of these interventions to yield better outcomes. In this article, through an example, we will examine the case of a senior executive faced with a challenge and see how contemplative practices and insights from Eastern wisdom traditions can enrich traditional leadership development approaches.

Anil Kumar is a confident and suave professional whose rise to the upper echelons of the corporate ladder has been fairly dramatic. At a relatively young age, he has become the chief technology officer of a fairly large IT company. Always identified as a high achiever, he took up a new challenge and joined Quest Informatics eight months ago. Quest's vision to create innovative product solutions leveraging AI technology lured Anil to make the switch. While the technology was not new to him, the application of it in the solution space was different.

One day, as he sat looking back at his past eight months, he somehow felt, in spite of setting stretch goals and driving his team to achieve them, outcomes were sub-optimal. He had observed changes in his own behavior. He was losing his temper, felt irritated numerous times in the day and patience seemed to be in short supply. It came to a point, that he began to doubt his own ability to address the challenges of his new role.

In fact, the HR head having detected these symptoms, had assigned him an external coach, Paresh. Under his able guidance, Anil underwent a battery of personality assessments, sat through grueling feedback sessions, and attended a behavioral training program. In spite of these efforts, Anil had the nagging feeling that he knew himself even less than before. Performance did not improve and nor did his confidence.

As Paresh dialogued with Anil, he realized that his ability to grow further was dependent upon two deeper shifts. One, in addition to being a strong achiever, he could also learn to become more aware of his thoughts and emotions, and their impact on himself and others. Second, he could replace his obsession with outcomes by a more realistic perspective on the dynamics of actions and results.
Many studies are indeed beginning to unravel that awareness, or the capacity to be fully present to both inner and outer events, is the foundational principle for all leadership competencies. Furthermore, when developed sufficiently, it, in turn impacts other competencies such as emotional intelligence, creativity, adaptability and so on. In the words of Daniel Goleman, "People who have self-awareness are able to cultivate other strengths. People who lack it cannot."
Coming back to Anil, he could participate in 8 weeks mindfulness workshop based upon Eastern wisdom traditions contemplative practices backed by findings from neuroscience. He could learn practices such as connecting back to his body and breathing through short daily sessions of yoga and stretches or Taichi meditative movements. He could give himself two, three minutes breathing space breaks during the day, especially when he feels frazzled; Additionally, he can sit in daily meditation to anchor himself through watching his breathing, emotions and thoughts for ten or fifteen minutes. In her Harvard Business Review article in 2015 titled "How meditation benefits CEOs", Emma Seppala says, "Multiple research studies have shown that meditation has the potential to decrease anxiety, thereby potentially boosting resilience and performance under stress." Also she tells how "brain-imaging research suggests that meditation can help strengthen your ability to regulate your emotions."

For researchers like John Teasdale and Michael Chaskalson, one of the core processes behind this improved management of self and others is called de-centering of the self from thoughts and emotions, a well known practice in Vedanta and Buddhist wisdom traditions. Decentering is about how the feelings, thoughts and sensations are seen as mental events i.e. as 'objects', rather than as aspects of our sense of subjective self. Janice Marturano, the well known founder and executive director of the Institute of Mindful Leadership says in her book "Finding the space to lead" how this training can enhance the ability to make decisions from a calm and centered self, and develop the freedom to choose the appropriate action without getting identified and thereby reacting impulsively to a challenging situation.

From the lens of Eastern wisdom traditions, when the fundamental views, through which we make sense of our human experience are not in keeping with realities, they become are the root cause of our existential suffering, dukkha. One of these realities is the dynamics of actions and results, karma and karmaphala, which is elaborately commented in Vedanta. It is particularly relevant to leaders such as Anil, with a strong achievement orientation.
According to Vedanta, the shift that needs to happen is to become 'aware' that, sooner or later, we need to 'accept' that things do not always happen our way. The reason being, there are hidden and complex variables at play, within an immense and dynamic web of cause and effect relationships. Our actions are the only variables which determine the outcomes which are in our hands.
Anil is feeling overwhelmed by the challenge over which he has only partial knowledge and control. The very premise on which he has taken this new challenge - that everything should happen according to my wishes, I will deliver the outcomes at any cost, I know everything in this field  - are faulty. When things do not happen his way, as long as those faulty premise is intact, he will only develop further frustration, blame, anger and get further entrenched in low self acceptance and limiting mindset.

As he becomes more aware of his thoughts and inner chatter, and their impact on his emotions and behavior, hecan reframe his limiting story to a more realistic story. This practice will release him, in time, from the unnecessary pressure he has been creating for himself and impacted his relations with others.

He will then be gradually much better placed to recognize his own position of power and influence in the organization, his strengths and limitations, which determine his unique sphere of influence, in alignment with what Human Resource principles would say. From that realistic base, constructive actions, svakarma, can be planned and executed.

Because of these two major shifts in consciousness, couples of things will emerge. When attending to multiple critical priorities, Anil will face the pressures with samatvam, composure and centeredness. Consequently, he will be able to strike a fine balance between his capacity to drive change and his acceptance of what is beyond his control.

Thus, with the infusion of Vedanta insights and practices into the traditional approaches to leadership competencies, we could very well be building the next generation of holistic leaders.

(While Dr. Surya is the Head -Science of Spirituality programme at SPJIMR, Dr. Snehal Shah is the Chairperson - Fellow Programme in Management and Head, Research Initiatives at SPJIMR)

Manufacturing sector needs to be perpared for good and bad of GST, says EY India