Healthy India should be a bigger priority than 'Make in India'

It's uncommon for anyone living in India to be unfamiliar with non-communicable diseases (NCDs) such as diabetes, cardiovascular diseases, lung infections and cancer. 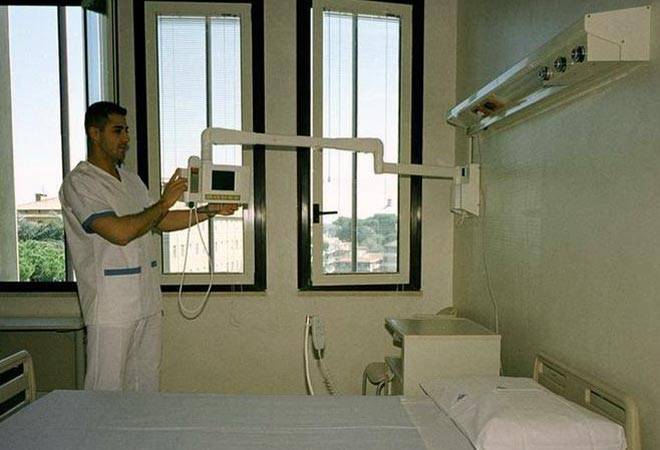 Dr. Shailesh Ayyangar
It's uncommon for anyone living in India to be unfamiliar with non-communicable diseases (NCDs) such as diabetes, cardiovascular diseases, lung infections and cancer. According to the World Health Organisation (WHO), 60 per cent of  deaths in India are caused by NCDs, i.e. many more people die from NCDs than from accidents, maternal and prenatal conditions put together.

To further drive home the point - NCDs account for 40 per cent of all hospital stays and 35 per cent of recorded outpatient visits to doctors and hospitals. A 2014 study by the Harvard School of Public Health estimated that one out of every four people with NCDs would probably die in their most productive years - 30 to 70 years of age.

The economic costs are stunning: it is estimated that our country could lose nearly $4.6 trillion due to lost output stemming from NCDs and mental illness before 2030; cardiovascular diseases alone are expected to cost nearly half of that ($2.17 trillion).

On the other hand, as a nation, we are also at the leading edge of a great transformation. Yet, if Prime Minister Narendra Modi's vision of making India a global hub for excellence in manufacturing digitalisation, and innovation, then  India must first become a 'Healthy India'. To do that, we need to quickly address the mammoth challenge of NCDs.

The scope and scale of social and economic losses could be prevented with proactive, collaborative action. Actions by policy makers and workplace health programmes introduced by businesses who aim at prevention, early detection, treatment and care, can contribute to reducing the impact of NCDs.

The Government of India is aware of the critical and urgent need for action against NCDs and has taken some measures to address it. In 2008, it announced the National Programme for Prevention and Control of Cancer, Diabetes, Cardiovascular Diseases and Stroke (NPCDCS) for implementation in one district each across seven States.

In 2010, the Cabinet Committee on Economic Affairs approved a pilot project for implementation in the last two years of the 11th Five Year Plan. Its overarching objective was to bring about behaviour change in the community to adopt healthy lifestyles, resulting in the overall reduction in risk factors of common NCDs. The programme's other objectives included providing early diagnosis and management, building capacity at various levels of healthcare and training human resources within the public healthcare setup.

The NPCDCS complements other national programmes, including the National Rural Health Mission (NRHM) and the National Programme for the Health Care of the Elderly (NPHCE). The government identified a package of NCD services to be delivered by the health system at different levels: the community healthcare centre, the district hospital and tertiary care centres. Screening camps are also a core component of the NPCDCS.

Karnataka was the first State to launch a cancer screening camp, and similar camps for diabetes and hypertension screening. In collaboration with the Kidwai Memorial Institute of Oncology, the State's programme has trained healthcare professionals to screen and diagnose cancers and refer them to hospitals for further treatment. By themselves. However, governments will be unable to tackle the NCD challenge effectively.

We have to build on their laudable efforts; the NPCDCS is a necessity, but is not sufficient to reduce NCDs. Screening and early diagnosis are important, but referral systems, continuous monitoring of patients, well-funded treatment options and support services to prevent and manage risk factors of NCDs are increasingly becoming essential.

A critical element for success is an increase in allocated sums for public financing of healthcare. At 4 per cent of GDP, healthcare expenditure is much below what is appropriate for a country at our stage of development. The government will need to immediately fulfil its commitment to increase its share - currently at 1 per cent of GDP - to about 2.5 per cent of GDP, to meet and make a dent in the NCD challenge.

Increasing awareness about NCDs, building institutional capacity for prevention and making treatment  options available have all become imperative. The key message from all the work achieved is that all stakeholders - government at Central and State levels, healthcare professionals and providers, health experts, policy makers, civil society and even media - will have to make it their common priority to work together and address the NCDs challenge. Most importantly, we'll have to ACT now.

The writer is MD and CEO, Sanofi India, and President, Organisation of Pharmaceutical Producers of India

Why Companies Should Play to Win When Entering New Markets