What will be noticed, used and appreciated by this generation are applications like MobileOne launched by the Karnataka government that promises to place governance at the fingertips of citizens. 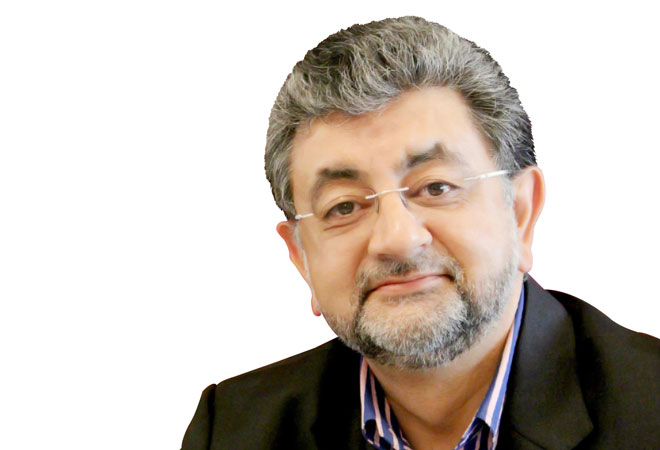 The fag end of 2014 was specked with amazing events, unprecedented in India's business history. It marked the next phase of mobile telephony revolution in India and saw the launch of a major mobile-based e-governance initiative.

For those born in 1990s, the first leg of the mobile revolution, which began 20 years ago with grant of mobile licences and that generated revenues of Rs 4,29,087 crore in fiscal 2014 (including Rs 1,95,294 crore telecom equipment market), doesn't mean much, except that they have personal mobile phone, an email identity and an amazing number of applications to stay connected and to play.

What will be noticed, used and appreciated by this generation are applications like MobileOne launched by the Karnataka government that promises to place governance at the fingertips of citizens. It promised to integrate nearly 600 Government-to-Citizen and over 4,000 Business-to-Customer services and make them accessible on any mobile phone, irrespective of the operator by dialling just 3 digits -161-from anywhere in the country.

When adopted by departments and undertakings of other states e-governance services could enhance transparency and meet Prime Minister Narendra Modi's goal of taking India into the top 50 nations in terms of ease of doing business by the end of 2016 from 93 just announced by Forbes and 142 assigned by the World Bank (June 2014) study.

Many of us, born before 1960s, would recall taking a long walk to complain about power-cuts and lack of water supply even in the state capitals, because we did not have a phone at home. The irony is that the ministers for telecommunications proudly stood up in parliament, session after session, during question hour to share the number of Indians on the waiting list for landline connections. What usually took 20 years is today possible in a matter of hours.

It all changed with the  Telecom Policy of 1994 -- from barely a few lakh phone connections to nearly 900 million Indians connected via mobiles, from just three helpline numbers --100 for Police, 101 for Fire and 102 for Ambulance -- to an innumerable 1-800 Helpline, Consumer Care and Government Services numbers. In these 20 years, the world has changed for millions of consumers and those who serve them on these helplines.

By serving the 'Business-to-Customer' opportunity, the e-Services, also commonly referred to as 'Shared Services' has flourished -- from technical help desks to fix computer bugs, selling dematerialized securities over phone, getting a technician to fix a broken microwave or a washing machine, tele-checking for a flight to seeking a dental appointment in a Delhi hospital by calling a centralized call centre in a remote location. An urban citizen could typically be connecting with customer service agents in call centres or shared services centres on two to six occasions on any given day.

Along with a burgeoning telecom industry an entire customer service experience movement has been triggered. Conservative estimates suggest that nearly 1,50,000 to 2,00,000 young Indians employed in Shared Customer Services serve over a billion people in the domestic market alone, bringing in revenues of Rs. 4,000 to Rs. 5,000 crore. (This does not include the dedicated call centres set up by institutions like Banks).

Increasing options, cut throat competition and growth of e-commerce has changed market dynamics and there is a shift of power from the marketer to the consumer.

E-commerce firms and fulfilment agencies are already engaging with the professional shared services companies to improve service experience. Banks discourage their customers to walk into a branch by offering dedicated call centres and help line numbers.

Indian consumers now expect a superior customer service experience irrespective of whether the service provider is in the private sector or the government.

This pioneering initiative signals a new era of delivery of citizens' services. Hundreds of start-ups have already contributed applications to this platform and thousands of young technology companies can offer equally innovative and cost-effective offerings.

When 'Government-to-Citizen' applications begin to roll out across the country over the next few months the shared services industry will see an expansion not many would have envisaged. The Karnataka government team driving this application has just five members, but as the 600 Government-to-Citizen and 4,000 Business-to-Customer Services go live, it will open up job opportunities for over a million others over the next few years.

If Karnataka with just five per cent of India's population can bring in so many jobs, launch of Government-to-Citizen services in other digitally empowered states will open up jobs for nearly 20 to 30 million young Indians.

These back of the envelope estimates are corroborated by the fact that a mature consumer market like the United States employs nearly 20 million in its shared services space serving a population of 316 million.

India could well be opening up job opportunities in Shared Services (a la BPO or Call Centre) industry with clear focus on customer or citizen service experience for 20 to 30 million people. It is paramount to enhance the status of Citizens from underserved to the served as it help India move into the top 50 countries in terms of ease of doing business.

It is best that the country enhances the ease offering services for its own citizens. The businesses will automatically embrace it. It is perhaps the best time to bring India's advantages into a sharper focus. The positive outcomes would naturally lead to businesses availing these services and help spread the message of ease of doing business with India-efficiently and transparently.

(Sanjay Mehta is Managing Director of Teleperformance India. His Twitter handle is @sanjaym100)

Reform labour laws for 'Make in India' to succeed