It is not uncommon in the world of marketing for a brand to become not only bigger than its creator but also to revitalize and rejuvenate it back. 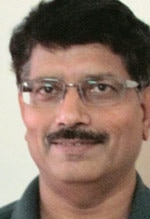 Harsh V. Verma, Associate Professor, FMS
It is not uncommon in the world of marketing for a brand to become not only bigger than its creator but also to revitalize and rejuvenate it back. What iMac and iPod did to Apple Inc is what Modi has done to the BJP.

Prior to Modi, the BJP brand was on the brink of irrelevance for what it stood for. Its Hindutva identity resonated deeply with the partition generation but its effect had weakened for the successive generations. Demographically, India is one of the youngest nations with more than 65 per cent of people below 35 years. Modi's ability to become bigger than the BJP lies in his ability to listen to murmurs and whispers of this India, tapping into their simmering anger and hopelessness.

Modi created an identity that resonated with far more people and deeper than that of the BJP. Like brands make sense at surface and deeper levels, Modi's discourse on economic development and prosperity intersected at the surface level of consciousness. The Gujarat model threw in words like governance, roads, electricity, women's safety, peace, industry and education, supported by statistics. This satisfied the questioning mind that hankers for reason.

But reason is often the alibi for non-reason. Modi's ability to become taller than his party lies in his symbolism. He tapped into despair, hopelessness and sinking feelings and arrived on the scene taking on the symbolism of the outlaw and the ruler combined. He is perceived as an icon of disruption and rebellion against the way things are done. It is this counter cultural streak that appeals to youth who desire change. And his traits like being organised, proactive, and confident, and in command of things, subtly connect with the ruler archetype.

Modi's becoming bigger than the BJP is also attributable to his subtle push from parliamentary to presidential-style campaigning. By directly engaging with the top Congress leadership he acted as a warrior who could take on the establishment head on. Modi's direct confrontationist approach made politics a game close to the WWF in which the camera focuses on the fighter, not the sponsors.

(The author is Associate Professor, Faculty of Management Studies, University of Delhi)