Priority Regulatory reform that the new govt should address

It is important that a few pressing issues in key sectors are addressed on a priority basis by the government, so that the investment and consumption sentiment in the country is boosted and economic growth can be revived. 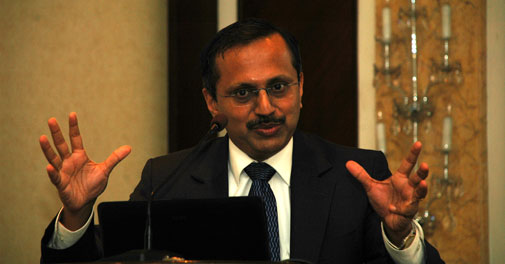 There is a whole lot of issues that the new government needs to address, but it is important that a few pressing issues in key sectors are addressed on a priority basis, so that the investment and consumption sentiment in the country is boosted and economic growth can be revived. These are as follows.

ENERGY
-Segregation of wires and supply businesses in the electricity sector: The main thrust of the Electricity Act, 2003, was on creating competition in the electricity sector, and open access was the centrepiece of achieving competition. However, the implementation of open access has been hindered by operational issues and non-cooperation by distribution licencees, as it is against their commercial interests. One major reason why open access and retail competition have not been able to take off in India is that distribution companies have a composite licence for wires and supply. At present, the wires and retail businesses are handled by a single distribution company, and conflict of interest makes retail competition and open access a distant possibility. To overcome issues in open access and retail competition, segregation of the wire and supply businesses is foreseen as prime solution. In such cases, wire businesses will serve as common carriers and will be paid a reasonable regulated rate of return on their investments and retail business could be made open to multiple companies operating in the same area, with end consumers having the choice to choose their retailers based on price and service quality. We need legislative enactment and active regulatory supervision to make the above changes happen. Unless this reform happens, fresh investment in generation and transmission will be hard to come by.

-Opening up the coal sector: It is high time the Coal Mines (Nationalisation) Act, 1973, is scrapped and monopoly of Coal India Ltd is broken. CIL and its subsidiaries should be restructured into separate competing entries. Foreign direct investment should be allowed in this sector, and more standalone coal mining licences (other than for captive use) should be issued. The proposed coal regulator should have more remit (including pricing) and authority than has been proposed in the Bill.

-Oil and gas exploration: The price increase for gas should be quickly finalised, and a path to the market pricing of gas should be announced. The existing New Exploration Licensing Policy regime should be overhauled so that we can attract serious bidders.

-In the medium term, there should be legislation across the country making it mandatory for utilities to recover costs through tariffs that are competitively discovered. This is essential to ensure that governments do not resort to funding losses of utilities to gain political advantage.

TRANSPORTATION
-The Motor Vehicles Act, 1989, should be amended to introduce concepts such as 'end of life' for vehicles, and an inspection and maintenance regime for vehicles. This will enhance road safety and make for a cleaner environment.

-The Regulatory Authority for Roads & Highways in India Bill, 2013, should be passed at the earliest. The regulator should have sufficient powers to resolve disputes under contracts/concessions.

-The ports sector needs to triple its capacity over the next 10 years. Two barriers today are the need to introduce revised guidelines for tariff determination for major ports, and relaxation of the cabotage law with amendment to the Merchant Shipping Act (Section 4070) to boost coastal shipping.

SKILL DEVELOPMENT
-The National Vocational Qualification Framework should be accelerated sharply and should address the "blind alley" problem of education in the Industrial Training Institutes (ITIs). Vocational education (especially the ITI stream) is seen as a dead-end. Students get into ITIs after Class 8, and after this training they have no further avenue for growth or skill development. The Directorate General of Employment & Training, which handles vocational education, should be under the Department of Education (Schools), and not under the Ministry of Labour and Employment, where it is today. This is a big structural barrier in skill development.

-The Inter-state Migrant Workmen (Regulation and Conditions of Service) Act, 1979, should be amended to make it more contemporary and useful to addressing the huge problems of migrant labour in the country. Today, migrant workers comprise about 25 to 35 per cent of labour on average. The governing policy and regulatory ecosystem is inadequate, leading to exploitation of workers by the private sector, lack of skilled labour in most parts of the country, and simultaneous unemployment of skilled labour. Specific suggestions can be added if required.

BANKING & fINANCE
-The Banking Regulation Act will need to be amended, and several changes brought about. Government ownership should be centralised through a single fund for all public sector banks (PSBs).

-The concept of golden shares or non-voting shares should be brought in, so that government equity can be brought below 50 per cent in PSBs.

-The government's role and control in PSU bank operations should be reduced by changing the norms and terms of appointment of bank chairmen, managing directors, and executive directors. Corporate governance norms as they apply to listed companies should be enforced for banks.

-Debt recovery tribunals should be made more effective.

-There is a need to establish faster bankruptcy procedures in India.

-There is a need to create a sovereign wealth fund that will invest like a PE investor in strategic projects in India and internationally. The size of the fund should be about $500 billion, to be raised over next five years.

RAILWAYS
The most critical issue here is financial performance, needed to improve everything else (safety, investments, equipment upgrades, and so on). The most neglected problem to date is tariff rationalisation for freight and passenger services. This should be addressed right away and, if necessary, a rail regulatory authority should be immediately created.

HOUSING
A programme for affordable housing (under the JNNURM and/or rural development) is started with a view to constructing small tenements (400 sq feet) through public-private partnerships (PPP), with significant government subvention. The objective should be to make up the deficit in housing for low-income groups and economically weaker sections over the next 10 years

LAND ACQUISITION ACT, 2013
While we have a new act for land acquisition (renamed Right to Fair Compensation and Transparency in Land Acquisition, Rehabilitation and Resettlement Bill, 2012), it is seen as impractical unless a few issues are modified.

-Multiple layers have been created for seeking clearances at various stages (as in the case of environmental clearance). This will extend the time for acquiring land for projects.

-The total cost of land acquisition goes up by four times under the new act. This is a dampener for new projects. An option should be available to pay some part of the compensation through project equity and other market-valued instruments such as TDRs, which share the upside and risks of the project more equitably than an upfront cash payment.

Investment in Regions with Maoist Activity
The government should design and announce a special package of physical and social investment programmes in such regions. This could be on the lines of JNNURM, where the national, state and local governments participate. The low-hanging fruits are road development, hospitals, schools, distributed power generation, skill development, and affordable housing.

PPP Regulation for Infrastructure Projects
More flexibility should be built into concession agreements to minimise the need for contract renegotiation at a later date. The global experience in PPP contracts has been that more than 50 per cent of projects have failed, and some kind of renegotiation was required to revive them. Flexibility would essentially mean having upper and lower limits for the variation of key parameters, such as traffic volumes or fuel price, wherein the bidder runs with the contract while the parameter is within the band. In case of a breach, the gain or loss is borne by the sponsor (the government).

GENERAL REFORMS
Arbitration law
Pass the Goods and Services Tax, Stamp Act, Direct Tax Code, Real Estate & Regulations bills as soon as possible
Administrative reforms are needed, such as reduction of government (ministries, departments etc) and increase in governance, rejuvenation of institutions such as the police, armed forces, and the Central Board of Direct Taxes (to reduce litigation).

Quest for a green card

You must disclose all facts while buying life cover