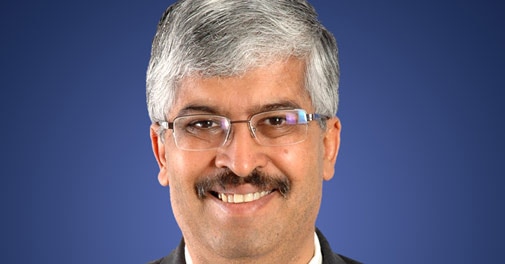 The maiden Railway Budget presented by Sadananda Gowda is a departure from the past, and the difference is not cosmetic but fundamental in philosophy and intent. What holds it back from being an extraordinary budget is the absence of specific action items, even considering that certain areas were not addressed.

It has a large number of positives: improvement in passenger amenities including better quality catering, provision of escalators at railway stations, battery operated cars for the elderly, cleanliness at stations, a revamped e-reservation system, more RPF personnel, etc. that are expected to provide a better experience to passengers.

More importantly, the fact that delivery will be through private participation for many of these facilities, makes it likely that service standards, pace of delivery and scalability may be better than similar previous initiatives.

The focus on technology is a welcome highlight in the Budget. The initiatives on bullet trains, high-speed trains, an Enterprise Resource Planning solution, advanced e-reservation system, online wagon demand registration are long term but fundamental steps are needed in the right direction to transform Indian Railways (IR) into a modern and customer-oriented organisation. The success of the IRCTC ticketing service bears testimony to the capability of IR to execute IT projects successfully. The moot question is if this success can be replicated.

The Budget speaks about a wide variety of initiatives to drive a holistic transformation of the organisation, including capacity building through a Railway University, exchange programmes, Incubation centre and setting up a programme management unit at the Board level. It is apt that, rather than launching new projects, the focus is on ensuring the current set of projects that are at various stages of development, get executed and add to the much required capacity augmentation of the network. Further, there is a clear intent to allow FDI and facilitate PPP in a major way for meeting expansion needs.

As per the budget, funds to the tune of about Rs 500,000 crore i.e. around Rs 50,000 crore per year for the next 10 years, are required for ongoing projects alone. In comparison, the operating surplus for IR in FY2015 is estimated to be approximately Rs 15,000 crore.

What remains to be seen is how this plethora of initiatives is executed in a timely manner. Since the specifics of a roadmap and policies for getting funding into the sector through PPP, land monetisation and FDI are yet to be articulated, stakeholders will be keenly expecting announcements over the next two to three months.

On the lucrative freight business, it is heartening to see that while linkages for ports, coal and iron ore mines are to be prioritised, the specificity of promoting fruits and vegetables, milk, and the parcel business through Central Railside Warehouse Company Ltd (CRWCL) have been mentioned.

Logistic parks as well as the fast growing e-commerce segment display the nature of an organisation that is not only in sync with the logistic requirements of modern trade but is also gearing up to take on the competition from roadways, which is a crucial form of transportation currently. A key indicator of becoming commercially savvy is conducting a pilot to provide a system-based rebate to clients offering return cargo.

There are areas that could have been discussed, such as plans for augmentation rolling stock and establishing the Railway freight authority. It can be difficult to include everything in the agenda for a government that is barely over a month old. On the other hand, the pleasantly stern note that the large number of stoppages which tend to reduce the speed of trains would be continued for another quarter and then reviewed for elimination keeping in view their commercial and technical feasibility, was refreshing to hear.

To conclude, the budget does raise hopes of IR transforming into a commercially viable and customer friendly modern organisation.

The challenge before the leadership is to quickly iron out the specifics and act on the critical announcements made to keep the faith of the optimistic investor. Because, while the current electoral mandate is for a Test match, this year has to be seen as a 20-20 because the minister would be rising for his next Budget speech in a little over six months.

The author is Partner and Head of Infrastructure and Government Services, KPMG in India

'Govt should exempt renewable projects from MAT for 10 years'