Fate of the area-based exemptions under GST regime

One of the area which requires clarity is the fate/continuity of the existing tax incentives under the GST regime. 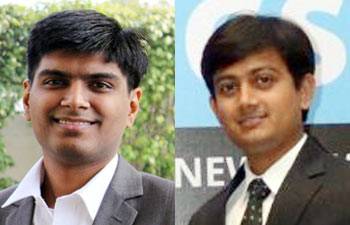 Hardik Shah (L) and Rutvij Modi
The Goods and Services Tax (GST) is the biggest tax reform in the post-independence era and will change the entire indirect tax system of the country. The transition from the existing tax regime to GST is the key concern among the tax payers and requires clarity.

One of the area which requires clarity is the fate/continuity of the existing tax incentives under the GST regime.

Since years, it has been the policy of the Central as well as the State governments to provide tax incentives for operating in the specified areas, mainly in the north and north-eastern States under various schemes.

Such incentives are given by way of either through exemption from tax, deferment of tax liability or refund of tax paid. These schemes serve the twin objectives of development of industrially-backward areas as well as encouragement to industries that are considered to be critical for the economic development of the country.

The fate of continuity of such area-based exemptions is unknown under the GST regime and the model GST law does not contain any provisions that gives clarity on this aspect. Since years, various industrial houses have made heavy capital investments in these geographically distant areas and many are still in the process of doing so.

Such huge investments have been made on the basis of promise of tax exemptions given by the government. But the lack of clarity has made the investors to re-think about putting investment and about future plans of expansion. The pharma industry is the most affected amongst all due to non-clarity.

So far, the government has remained silent on this aspect except one or two instances. It was in year 2009 wherein the task force on GST deliberated on this issue and documented its observations in its report.

Report of the task force on GST

The task force on GST in its report dated December 15, 2009 recommended that area-based exemption should not be continued under the GST framework rather an investment-linked cash subsidy should be given. Relevant para of the report reads as under; "2.68: Under the CENVAT, industries set up in the North East, Jammu & Kashmir, Sikkim, Uttaranchal and Himachal Pradesh (hereinafter referred to as 'specified areas') enjoy exemption from payment of CENVAT. This area based exemption creates economic distortions and affect economic viability of units located in non-exempt areas. They are difficult to administer and prone to misuse. Moreover, durability of investment attracted by such measures beyond the exemption period is also doubtful.

"2.74: The area-based exemption in respect of CENVAT should not be continued under the GST framework. In case it is considered necessary to provide support to industry for balanced regional development, it would be appropriate to provide direct investment linked cash subsidy."

The report was given half a decade ago and we are yet to hear more on this from the government. However, having put model GST law in public domain, government should also clarify its stand on the existing area-based exemptions for ease of doing business.

Similar is the case with the supplies to units located in the Special Economic Zone (SEZ) units. At present, supply to SEZ doesn't attract excise duty and many states have also made supplies to SEZ, NIL rated. However, there's no clarity as to what will be the treatment of supplies to SEZ in the GST regime. The reference of the word 'SEZ' in model GST is found at only one place, i.e. under definitions without any reference of the same in any provisions.

It is pertinent to note that supplies from SEZ to Domestic Tariff Area (DTA) is governed by Section 30 of the SEZ Act requiring payment of duty. On the same line, will the supplies to SEZ be treated as 'deemed exports' or it'll be considered 'zero-rated supply' or any refund route will be provided for SEZ units? There's no clarity on this aspect.

The Model GST law has defined as to what will be construed as 'deemed exports' or 'zero-rated supply'. However, the law has not specified whether supplies to SEZ will fall under these categories or not. It would be suggestive that as supplies to SEZ is the last leg of transaction, outright exemption can also be given to supplies to SEZ units as the same will not result into disruption of supply chain.

Needless to mention that SEZs have also been created by the industry by making huge investment and hence, necessary clarity will help the tax payers. It is the need of the hour that GST legislation incorporate provisions which brings clarity on the bouquet of tax bounties available. Even certain States have started taking such initiatives by way of incorporating clause regarding proposed GST regime to ensure the investor confidence.

Way forward It appears that the government is mulling various options including cash subsidy instead of such exemptions. However, the government has made the intention clear that under the GST regime, there will be minimum tax exemptions so that supply chain does not snap. It is widely believed that area-based exemptions may not continue in the GST era, however, presently exempted units may be required to pay GST on their finished goods first and then would be entitled to claim refund. This move is to ensure smooth flow of credit chain. In the given scenario, it would be suggestive that the refund process should be smoothen enough for enabling the industries to enjoy scheme benefits without incurring any substantial cost for collecting the refund.

Key takeaway
Government is gearing up for the mega tax reform so as the industry. However, questions in respect of transitional provisions, which have been remained unanswered so far, needs to be addressed. First and foremost, government should remove the clouds of uncertainties and should ensure that the words 'ease of doing business' prevails.