Vertical e-commerce companies in a race for funds

As far as investors are concerned, vertical e-commerce presents them an opportunity to get a pie of e-commerce especially if they have missed the horizontal opportunity. 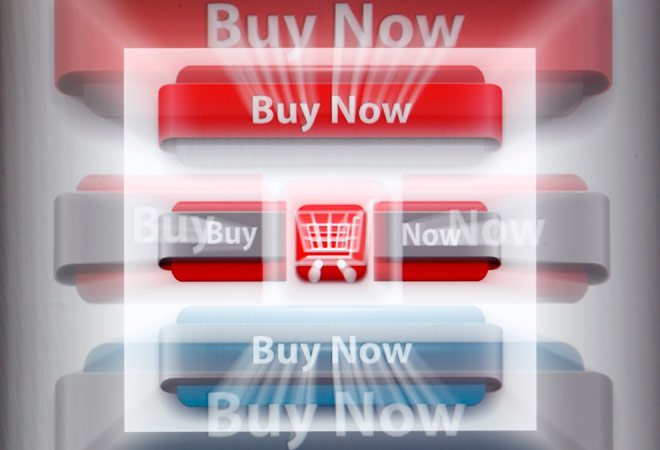 Experts say very few of such companies will survive and the leaders in their respective segments will make decent money for entrepreneurs and investors mostly via acquisitions by larger companies.

As far as investors are concerned, vertical e-commerce presents them an opportunity to get a pie of e-commerce especially if they have missed the horizontal opportunity.

First a look at the ones who have raised the biggest chunks of capital in multiple rounds. Fashion e-tailing, which has seen the maximum number of companies in the fray, is led by Myntra which was acquired by Flipkart in 2014.

Myntra had raised a total funding $125 million from Premji Invest, Tiger Global, NEA-IUV, IDG Ventures and Accel Partners before being acquired by Flipkart.

Next in line is Jabong, which has raised multiple rounds including the last round of $27.5 million from UK-based investor CDC Group around February.

In September last year, Jabong's Germany-based incubator Rocket Internet merged the company with four other fashion entities in other geographies.

There are many smaller niche companies including Limeroad - which specialises in women's wear - that has raised about $20 million from Tiger Global, Lightspeed Venture Partners and Matrix Partners. Another player, Zivame, which specializes in lingerie, has raised upwards of $6 million from Unilazer Ventures, IDG Ventures and Kalaari Capital.

Many in the fashion space have not survived. That includes men's wear  e-tailer Fetise.com, which shut down last year. Fetise had raised $5 million from Seedfund.

Jewellery, a subset of fashion e-tailing, has seen multiple companies so far. Some of the biggest fund-raisers include Caratlane, which has raised about $27 million from Tiger Global Management.

Then, Bluestone, which raised over $15 million from Kalaari Capital, Accel Partners and Meena Ganesh, has taken the lead over others including Voylla and Youshine.

Baby products has been another hot area with multiple investors chasing this space. One of the biggest, Firstcry has raised $33 million so far from Temasek Holdings, IDG Ventures and SAIF Partners.

Eyewear e-commerce company Lenskart has so far raised over Rs 200 crore of capital from TPG Growth, TR Capital, IDG Ventures and Unilazer Ventures. Lenskart, which is owned by Valyoo Technologies, has reportedly shut down its other websites including Bagskart, Jewelskart and Bagskart.

In the last few years, a lot of action has been seen in the furniture and home furnishings space.  Home furnishings e-tailer Zansaar has raised Rs 30 crore from Accel Partners and Tiger Global.

In the online healthcare space, the only company to raise significant funding is Healthkart, which raised $22.5 million from Intel Capital, Sequoia Capital, Omidyar Network and Kae Capital.

So it is for the online grocery space wherein the biggest company so far, Big Basket has raised $45.8 million from Helion Venture Partners, Zodius Capital, Ascent Capital and LionRock Capital.

Vertical companies have seen several acquisitions but barring Myntra's acquisition by Flipkart for roughly $300 million, none have yielded any value whatsoever. Most acquisitions so far have resulted in shut shops post acquisition.

Electronics retailer LetsBuy had raised $6 million from Helion, Accel and Tiger Global before being acquired by Flipkart in 2012. However Flipkart shut down Letsbuy within months of acquisition.

Similarly Snapdeal had acquired sports products e-tailer Esportsbuy in 2012 but shut it down the same year.

Fashionandyou acquired fashion and beauty products e-tailer UrbanTouch for $30 million in 2012 but shut it down in a year's time in 2013.

Urbantouch had raised over Rs 30 crore from Accel and Tiger Global. Also kids' products e-tailer Hushbabies acquired Mangostreet, an e-store for kids' products, but shut it down.