'In my mind, Return On Capital Employed and Annual Revenue Growth, are the two most critical performances parameters accounting for an organisation's consistent growth.' 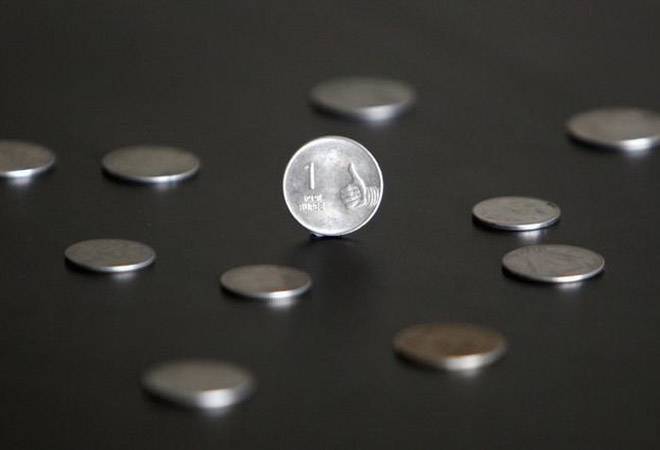 An initial spurt in numbers can easily hoodwink senior managers into believing that everything is hunky-dory with the organisation. I recall a time, when I was conducting a workshop with a bunch of senior industry leaders, about 20 of them, some two years ago.

During the course of our interaction, I threw a random question at them: "How would they describe their company's current performance in the market?" They declared smugly 'Satisfactory.' On being asked to rate this performance further on a 5-point scale, 15 of them marked 3, two chose 4, and 3 rated 2.

I then set about plotting a graph on the blackboard with Return On Capital Employed (ROCE) plotted on the X axis and Annual Revenue Growth on the Y axis. In my mind these two are the two most critical performances parameters accounting for an organisation's consistent growth.

To my utter surprise, nearly 95% of my gathering of senior people had no inkling about ROCE.

Still worse, they had absolutely no idea about either their company's current asset base, or the capital employed; so what meaningful inference could they draw about their company's performance? So the safe, uninformed answer was 'Satisfactory.'

The thumb rule of the game is -

When we started plotting their individual company's growth along these two parameters, they felt surprised to discover that only one out of 10 companies whose participants were present at my workshop found their company's performance to be satisfactory. It fell in the quadrangle of 20% ROCE+15% of revenue growth as the cut off points.

For those present in the room with me, these findings were an eye opener. I eventually came to the conclusion that this indeed is one of the biggest dilemmas that corporates face. Senior executives get hoodwinked into imagining that their performance is much superior from the initial spurt in numbers, not realizing that the reality is masked. Their 'satisfactory' can actually be unsatisfactory.

Often, it takes no time for businesses to take a turn for the worse, by which time the smug leadership is unable to fully comprehend the criticality of their Catch-22 situation. In my understanding, in such situations, the leadership is itself the actual bottleneck to growth. There could be other barriers too, but nothing could be more serious or debilitating than the tunnel-vision of senior managers.

Late Professor Sumantra Ghoshal in one his studies suggested the following dynamics of 'satisfactory under-performance':

Successful business strategy leads to competitive growth and profits, but it also leads to a situation, where managers begin to imagine they are the best. They start building layers of staff to cope with the sudden growth. An attitude of arrogance builds-up, which starts showing in their broad-end dealings with all stakeholders. They gradually begin to lose their grip over ground realities. The focus shifts from innovation.

The organisation begins to gradually slip into decline, and over a period of time, the state of 'satisfactory under performance' begins to lead to crisis.

I was once associated with a consumer durable company that had started its business operations in India in 1997. Very soon, this company developed a successful business strategy and started building passion amongst its employees. In no time, it rose to occupy top position in its industry.

However gradually, success made the top leadership complacent. They started believing they were the best but contrary to their belief, growth began to plummet and soon, maintaining a consistently high ROCE % became a challenge.

Yet, the leaders remained non-prepared to come up with a radically, new damage-control strategy. Their arrogance began to mirror their behavior and instead of a win-win, it led them to adopt win-lose business practices. Not surprising, the tide turned against them. Both growth and ROCE went for a toss and no one read the writing on the wall to prevent the fall. In this company, ROCE, a critical component was never evaluated.

A new incumbent was then ushered in by the Korean high command to take charge as the CEO. He came with a brand new perspective, and did just what was needed - took the path of aggressively, radical change. In just two years, the company had a turnaround. Revenue grew over 25% and ROCE over 22%. The new CEO's strategy was simple. Kindle passion in the senior managers by empowering them to do their job better. Create an environment for innovation and reward change-makers. Additionally, the management took care not to highlight failure, but remain focused on the learnings from such failures.

Further the belief that anything progressive could happen slowly and incrementally was totally dispensed with. Senior management began to understand that radical change is often mission critical and the only means to survival in a competitive marketplace.

Reliance Jio is a worthy example where the adoption of a sweeping change strategy shook up the whole telecom industry. Likewise, smartphone industry has been shaken up by brands like Oppo, Xiomi, that brought in a whole new line of innovative products into the market with a new channel distribution strategy and disrupted the dynamics for others.

Obviously, the name of the new game is change, or very soon the change will overcome you, and sooner the senior leadership accepts the truth of this mantra, the better it will be for their survival.

Verma is consultant and former COO of LG India

Rafale Verdict: A not so clean chit