Why India needs to rethink its relationship with OPEC

India is one of the biggest consumers of crude oilOPEC obviously has a vested interest in India's economic growth. And this is why OPEC is keen on making this marriage work. But there is not much for India in this relationship, specially in the current scenario. 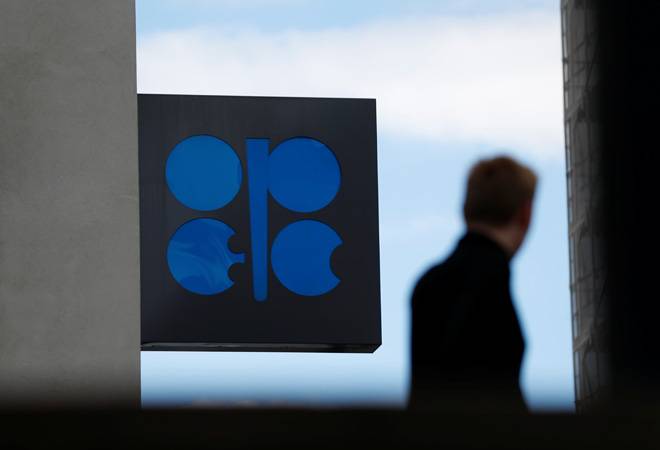 Mohammad Sanusi Barkindo, Secretary General, Organisation of the Petroleum Exporting Countries (OPEC), in a recent interview to a TV news channel, described the relation of his outfit with India as a Catholic marriage. India is one of the biggest consumers of crude oil, and in the next two decades country's oil demand will increase by 3.7 per cent. OPEC obviously has a vested interest in India's economic growth. If country needs more oil, OPEC too requires a reliable partner. And this is why OPEC is keen on making this marriage work. But there is not much for India in this relationship, specially in the current scenario.

Fuel prices in India are on record highs due to high oil prices and a weakening rupee, leading to outrage amongst the huge middle class population. This poses inflationary risks as well as can further aggravate the slide of rupee, which threatens the macro-economy management.

Though Barkindo claims that OPEC did its part by stabilising the prices and ensuring the supplies, but the Indian government is disappointed that higher prices are killing the global growth, especially in the emerging economies. In the last three years, OPEC led by Saudi Arabia has ensured that the member countries cut down the oil production and increase the price from $30 a barrel to $80 per barrel. However, it did little to safeguard the interests of economies, such as Iraq, Iran, along with Libya and Venezuela, which were pushing for increased oil production, to fund their social sectors and capital investments.

Various member countries of OPEC along with the US are creating pressure to cut down the imports from Iran and this has raised serious supply concerns for India. India is being pushed to cut down the imports from Iran, which offers discounts and options of deferred payments. Saudi Arabia meanwhile charges premium on the cargoes moving towards East. The US government is adamant on the sanctions and implementation will start from November 4. Earlier in May, the US unilaterally pulled out of Iran nuclear deal framework and blamed Iran for triggering destabilisation in Middle East.

However, earlier this week India made it clear to the US special envoy for Iran Brian Hook that Indian companies cannot eliminate the oil imports from Iran. In fact, on October 6, just a week before Hook's arrival, Indian companies placed orders with the Iranian companies to lift 9 million barrels of oil in November.

In this scenario, New Delhi must look at innovative ways to get out of this situation. OPEC failed India by not ensuring the replacement of Iranian supplies. Now, even the Central and Western European countries are contemplating using special purpose vehicles for oil purchases to circumvent the sanctions. One of the ways, which has been suggested, is to use rupee instead of dollar or euro to buy crude oil. This will help India in reducing the current account deficit and improving the trade with the OPEC member countries. This will also prepare India for the "headwinds", which Barkindo believes are out of OPEC's hands. This includes the market volatility because of oversupplies, probable interest rates hike in the US, along with the possibility of the monetary tightening in G4 nations -- India, Japan, Brazil and Germany. Trading in rupee with OPEC and non-OPEC countries can secure India to a large extent from these headwinds but can OPEC deliver this? In the last decade OPEC has failed as a multilateral agency. The next leg of the energy consumption is largely moving towards gases with larger composition of renewables and here the influence of OPEC is limited.

Indian oil demand is expected to rise by 5.8 million barrels per day, or bpd by 2040, accounting for about 40 per cent of the overall increase in global demand during the period. During the same period the global oil demand will increase by 14.5 million bpd from 2017 to 111.7 million bpd in 2040. These statistics are from the OPEC's September report. New Delhi must not rely much on OPEC and continue to deal with the member countries. In last four three years, India has tried to strike a balance between both. On one hand it has sought investments from member countries like Kuwait, Qatar, Saudi Arabia, United Arab Emirates for creating the oil and gas infrastructure, on the other funds from Middle East have funded infrastructure and other projects in India. Similarly, Indian oil and gas companies are also investing in the projects there.

However, now this 'marriage' with OPEC is not working and there is nothing in it for India. India understands this now, hope Barkindo realises this sooner.

Sustainability, commerce and economics: How to create right balance for sustainable development