Notably, a Personal Data Protection (Draft) Bill, was presented to the Ministry of Electronics and Information Technology, by the Committee of Experts under the Chairmanship of Justice B. N. Srikrishna, on July 27, 2018. By now it is quite evident that this exercise was/is part of government's manifestly insincere argument in the court and an exercise in sophistry to get favourable order from the Court 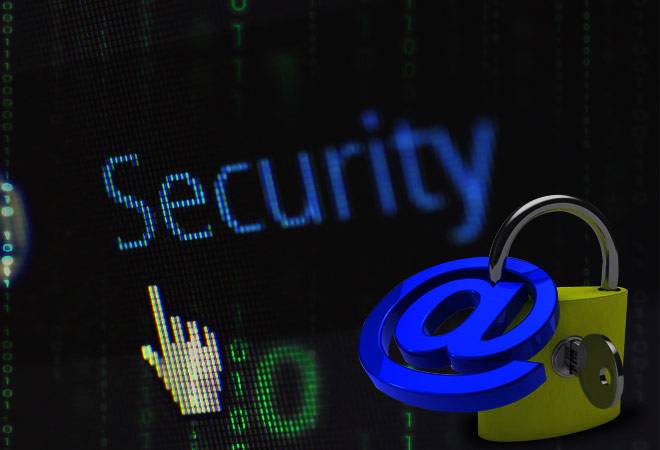 Introduction of Personal Data and Information Privacy Code, 2019 in the Lok Sabha on 26 July, 2019 reminds one of how Supreme Court's several orders have deliberately been misled by the government on numerous occasions. So far makers, enforcers and interpreters of law have shown unpardonable callousness with regard to the age of 'big data' or the collection of data sets which are 'marked by their exhaustive scope and the permanency of collection'. It entails 'profiling' by automated processing of personal data consisting of the use of personal data to evaluate certain personal aspects relating to a natural person. It includes analysis or prediction of aspects concerning natural person's performance at work, economic situation, health, personal preferences, interests, reliability, behaviour, location or movements for the 'nth' time.

His resounding verdict silenced the sophists although the cruel force of their judicial majority prevailed because this moment arrived one year late. Supreme Court's motto reads: Yato Dharmstato jayah - Where there is Justice, there is victory. Justice Chandrachud's order shows how the majority order authored by Justice Sikri moved away from justice. A philosophical and jurisprudential scrutiny of the 1448-page long verdict, 547-page long verdict and the 18-page long order can conclusively reveal how injustice prevailed on that day. But what Justice Chandrachud did on September 26, 2018 in UID/Aadhaar case should have been done on August 24, 2017. Had Justice Chandrachud paid heed to Justice Nariman's order in August 2017 while authoring the leading order, he and the cause of justice would not have been in minority later.

In his 266-page August 2017 order as part of the nine-Judge Constitution Bench of the Supreme Court, Justice Chandrachud records how this case came before the Bench.  "A Bench of three judges of this court, while considering the constitutional challenge to the Aadhaar card scheme of the Union government, noted in its order dated August 11, 2015 that the norms for and compilation of demographic biometric data by government was questioned on the ground that it violates the right to privacy." His order takes note of the decision in Thalappalam Service Cooperative Bank Limited versus State of Kerala (2013), by a Bench of Justices K.S. Radhakrishnan and A.K. Sikri of the Supreme Court which recorded, "The Privacy Bill 2011 to provide for the right to privacy to citizens of India and to regulate the collection, maintenance and dissemination of their personal information and for penalisation for violation of such rights and matters connected therewith, is pending..." It is noteworthy that both Justices Chandrachud and Sikri knew it at least since 2013 that The Privacy Bill 2011 is pending. It was in this backdrop that the third Constitution Bench in the Central Identities Data Repository (CIDR) of biometric Unique Identification (UID)/Aadhaar numbers case was set up by the 45th Chief Justice of India.

Justice Chandrachud's order of August 2017 takes cognisance of the fact that it was only during the course of the hearing of UID/Aadhaar case that the Union government brought to light an office memorandum dated July 31, 2017, by which it has constituted a committee to "suggest a draft data protection bill". He observes, "Since the government has initiated the process of reviewing the entire area of data protection, it would be appropriate to leave the matter for expert determination so that a robust regime for the protection of data is put into place. We expect that the Union government shall follow up on its decision by taking all necessary and proper steps." He concludes his order saying, "Since the Union Government has informed the court that it has constituted a committee chaired by Shri Justice B N Srikrishna, former judge of this court, for that purpose, the matter shall be dealt with  appropriately by the Union Government having due regard to what has been set out in this judgment."

Notably, a Personal Data Protection (Draft) Bill, was presented to the Ministry of Electronics and Information Technology, by the Committee of Experts under the Chairmanship of Justice B. N. Srikrishna, on July 27, 2018. By now it is quite evident that this exercise was/is part of government's manifestly insincere argument in the court and an exercise in sophistry to get favourable order from the Court. Having taken note of the existence of Privacy Bill 2011, which is pending with the government, Justice Chandrachud also takes note of the proposal of "draft data protection bill", which came as an afterthought. It defies comprehension as to how something which has been accorded due space as part of the premise of Justice Chandrachud's order did not find place in his inference and conclusion. It appears that he reposed a touching faith in the benign submission of the Union Government in the face of the imminent possibility of civilian and non-civilian applications of UID/Aadhaar being bulldozed by commercial entities in order to store and read biometric and DNA script of present and future Indian citizens in the aftermath of the sequencing of Human Genome for epigenetics, vested interest of pharmaceutical industry, big data entities, social control technology companies and inhuman aspects of inheritance, eugenics and genetic determinism.

The failure of Supreme Court to ensure enactment of right to privacy and data protection law has grave consequences for India's position on e-commerce, computing cloud, cyber jurisdiction, high computing capacity, artificial intelligence, mathematical algorithms, and analytics, which have the potential to make digital colonisation fool-proof through data colonisation in what is being called the Fourth Revolution. Government manoeuvres are grossly procedural, formalistic and insincere. The proposal of Draft Personal Data Protection Bill and the Privacy Bill is akin to putting a cart before the horse. It is akin to putting a Trojan horse of the battle of Troy mentioned in Homer's epic Odyssey before the court. Homer alludes thrice to the Trojan horse even in Iliad towards the end. The court's order missed the opportunity of looking at the composition of the Draft Data Protection Bill committee, which has given birth to gnawing misgivings. Trojan horses appear harmless, but are, in fact, malicious and deeply destructive.

In such a backdrop, it is intriguing as to how orders of Justice Chandrachud and Justice Sikri ended up giving enormous benefit of the doubt to the government by inferring that the government can deal with the UID/Aadhaar matter appropriately even as cognisance of "an era of ubiquitous dataveillance, or the systematic monitoring of citizen's communications or actions through the use of information technology", and then letting the government do these very activities by promising a post-dated cheque, which has not yet been encashed in terms of a privacy and data protection law. They who gave a post-dated cheque as an argument to win verdict on UID/Aadhaar have managed to do so with impunity. Now that Personal Data & Information Privacy Code Bill, 2019 has been introduced by Ravikumar as a Private Member Bill, there is a compelling logic for the Chief Justice-led Constitution Bench to undertake a harmonious construction of this Bill, Draft Personal Data Protection Bill, Privacy Bill 2011 and Court's verdicts because government seems to be under tremendous influence of foreign and domestic enemies of constitutional data nationalism.

(The author is the convener of Citizens Forum for Civil Liberties)