Gold and silver prices are expected to trade higher in the coming fortnight on bargain buying at lower levels coupled with renewed speculative interest. 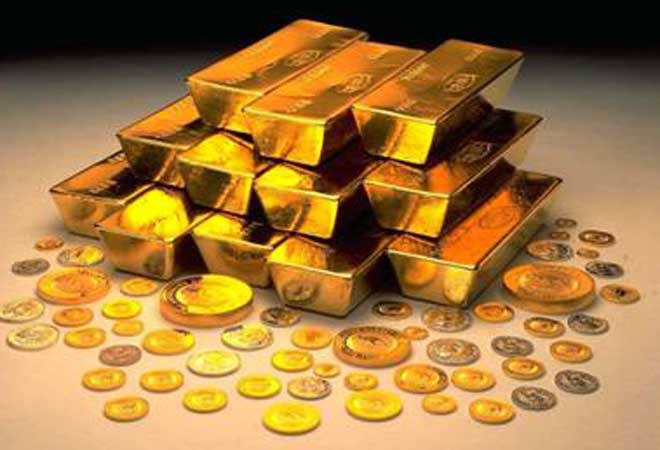 During the last fortnight, global equity markets traded on a negative note on account of unfavourable economic data from major global economies showing signs of slow progress. Further, slow economic growth in Euro Zone and Chinese economy acted as a negative factor. However, optimistic economic data from the US cushioned sharp negative movement in the market sentiments.

The Rupee depreciated around 0.5 per cent on account of dollar demand from oil companies and importers. Further, foreign investors selling shares in Indian equities continued with downside movement in the currency. However, selling of dollars by the central bank prevented sharp fall of the currency from its Asian peers.

In the past fortnight, spot gold prices rose by around 4.73 per cent and MCX gold prices rose by around 5.49 per cent. Weakness in the dollar index coupled with bad economic data from China and Japan lifted the safe haven appeal of the yellow metal. Falling stock markets have prompted some investors to buy the metal as an alternative asset, while a drop in the greenback made dollar-priced bullion cheaper for holders of other currencies. Gold received support from the physical markets and from India, the second-biggest gold consumer, which eased curbs on imports.

Spot silver prices also traded positive by 10.19 per cent and MCX silver prices rose by around 12.11 per cent in line with rise in gold prices. Weakness in the dollar index coupled with increasing speculative activity lifted the appeal for silver as an asset class.

During the last fortnight, LME Copper prices rose by 2.2 per cent as string of weak economic data from China prompted hopes regarding major stimulus measures by The People's Bank of China. Also, positive retail sales data and consumer confidence data from the US supported gains. In addition, workers at the Antamina mine in Peru plan to stop work over pay and bonuses. The site, owned by BHP Billiton Ltd and Glencore Plc, is the world's sixth-biggest source of the metal by capacity, thereby poses a serious concerns on the supply side.  However, sharp gains were capped as Moody's Investors Service downgraded Japan's credit rating Monday, highlighting the challenges facing Prime Minister Shinzo Abe as he tries to stoke inflation and growth. Also, rise in risk aversion in the market sentiments acted as a negative factor. MCX copper prices jumped by 5.1 per cent in the last 15 days owing to Rupee depreciation.

Oil prices have been in a bearish trend since the past six months starting from June, and it continues its run of losses in the past fortnight also. On the MCX, crude oil prices lost its value by around 10 per cent in the last fortnight. Comments from the chief executive of Kuwait's national oil company that oil prices were likely to remain around $65 a barrel for the next six to seven months, the latest indication that Gulf producers are content to ride out the rout led to the decline. Also, top exporter Saudi Arabia has resisted calls from poorer members to curb output and shore up prices that have slumped more than 40 per cent since June. WTI and Brent oil prices lost its value by 12.61 and 11.83 per cent, respectively, in the past fortnight, while MCX oil prices also lost its value by 13.59 per cent in the same time frame.

We expect gold and silver prices to trade higher in the coming fortnight on bargain buying at lower levels coupled with renewed speculative interest. Although, the US economy is growing and the investment demand remains weak, fall in equities might lead investors to turn towards the safe haven.

Crude oil prices will trade lower on ample supplies by the OPEC as well as from the US. Bleak demand scenario in the Euro Zone, recession in Japan are all indications of low demand from the crude consuming nations in turn exerting downside pressure.

Base metals are likely to trade higher in the coming fortnight as hopes of stimulus from China and Euro Zone will boost prices. Also, estimates of strong manufacturing data from Euro Zone will support gains. However, mixed economic data from the US will restrict sharp gains.

Chana futures are expected to trade on a mixed to negative note due to ample supplies of imported Chana and sluggish demand may restrict sharp gains.

Edible oils: We saw thin volatility in edible oil segment due to expectation on lower ending stock of US soya as per USDA report released. Soybean Jan futures closed on mixed note up by 0.70 per cent due to thin trading session noticed in spot as well as in futures market. Ref soy oil Jan futures also closed positive up by 1.01 per cent.
Highlights of USDA WASDE Report

Soybean and Ref soy oil futures may trade on a mixed note. Expectation of higher global oil seed production may pressurize the prices.

Cotton: In the last fortnight, cotton complex traded on a positive note. Last week prices were closed on a positive note on increasing in lower levels buying interest and also increasing trading interest in futures market.  NCDEX Kapas and MCX Cotton Futures settled 1.63 per cent and 0.95 per cent higher, respectively, w-o-w. In 2013/14, the cotton production in India was 3.75 crores of bales (one bale has 170 kilo cotton) and this year the soon coming bumper crop will be around four crores bales. In Madhya Pradesh, the cotton-growing area was 10 lakh hectares last year, while production will be around 20 lakh bales this year. India's cotton exports have dropped by 40 per cent year on year, with prices declining up to 30 per cent for the same time period.
Global Cotton Updates (WASDE Report)

The US cotton supply and demand estimates for 2014/15 include lower production and ending stocks compared to last month. Production is reduced 474,000 bales, due mainly to a lower crop estimate for Texas. Domestic mill use and exports are unchanged. Ending stocks are now forecast at 4.6 million bales, or one-third of total disappearance. The marketing year average price received by producers is projected at 59 to 64 cents per pound, an increase of three cents on the lower end of the range, based on stronger-than-expected early season prices.

Outlook
Cotton futures may trade on a mixed note. Lower levels buying interest may supports the prices, however international weak trend may pressurise the prices.

Gold and silver prices to trade lower in coming fortnight

Govt's help to SpiceJet is not a great idea