Good and Services Tax: A stitch in time saves nine

It is high time political parties bridge their differences in the interest of the country and the government take firm steps for the implementation of the tax reform whether all states are ready to join or not, write guest columnists Ashok Dhingra and Sonia Gupta. 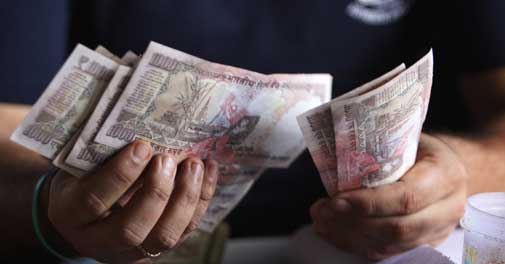 In terms of constitutional provisions concerning the allocation of taxes amongst states and the federal government, the tax on sale of goods in India is collected by states. Accordingly, state governments are empowered to collect Value Added Tax (VAT) on intra-state sale of goods under their respective VAT legislations through their own administrative machinery. Further, in case of inter-state sale under a federal legislation the originating state collects the Central Sales Tax (CST) on sale of goods.

On account of complexities and multiplicity of taxes, tax reform is the primary mission of the federal government and also one of the bones of contention between the federal and state governments. As part of tax reforms, VAT was introduced in India in 2003 to replace the prevalent sales tax regime. Starting with Haryana in 2003, which moved to the VAT regime alone, all other states hopped on to the VAT bandwagon by the end of 2008. However, VAT did not live up to expectations and within a short span of time need was felt for better tax administration to levy tax on sale of goods at the state level. Hence, the Goods and Services Tax (GST) was proposed to be introduced in India.

The first study on GST was done by the Parthasarathi Shome Committee in 2007. Thereafter, the Empowered Committee of State Finance Ministers has been asked to carry forward the initiative on transition to GST. The committee has done exceptionally good work in bringing the country under the VAT regime in the past. Now, the committee has been tasked to ensure implementation of GST.

Originally, GST was proposed to be introduced with effect from April 1, 2010. However, on account of a difference of opinion amongst states, political compulsions, and insistence of many states on commitment of the federal government to compensate for revenue loss, if any, and coverage of specified products like petroleum, liquor, etc, GST could not be implemented even after extending the deadline. Even in 2013 there is no vision when GST would be introduced in the country.

While the empowered committee is trying its best to resolve differences and bring all states on board, there are still a number of issues which need to be resolved to convince all states to join this dynamic tax reform. However, differences in views of the member states of the committee are visible according to the political lines of the ruling party of such states.

A special purpose vehicle called the GST Network, headed by Nandan Nilekani, was formed which would be responsible for implementing information technology infrastructure needed to roll out GST. Similarly, to bring in enabling provisions in the Constitution of India, the Constitution (115th Amendment) Bill, 2011 has been introduced in parliament.

In spite of parallel efforts of the federal government, there is a complete lack of consensus on various key issues amongst different political parties which led to not passing of the constitutional amendment bill. To add to the woes, parliamentary elections are due in 2014. An open-ended statement that efforts are being made in areas of divergence with states is neither going to help industry nor the public in general. This haziness will lead to putting on hold business decisions by companies as well as create an environment of uncertainty.

Certainty of taxes and a stable government policy are important for growth of the economy. This will also help in reducing the cost of transaction. Any ambiguity in taxes and frequent changes in law will erode the faith of industry and the public in the government and is not good for economic growth of the country.

It is high time political parties bridge their differences in the interest of the country and the federal government takes firm steps and announce date for the implementation of GST whether all states are ready to join or not. The introduction of VAT can be taken as a precedent when Haryana went ahead with the rollout in 2003 and the federal government and other states followed over the subsequent five years. History has proved that many countries have benefited from moving to a GST regime. Hence, let us not hold growth of the country to ransom of politics and take big steps towards transition to GST at the earliest even if it is not a national roll out. Let other states follow suite like VAT.

Post elections, the implementation of GST should be on the priority list of the party forming the government to remove uncertainty of taxation laws in the country and benefit from this dynamic tax reform.

Rupee, FIIs to set the trend this week