Scenario planning is a technique which involves using statistical analysis, expert opinion, industry insights, mathematical models and above all, imagination to construct multiple plausible views of the future. 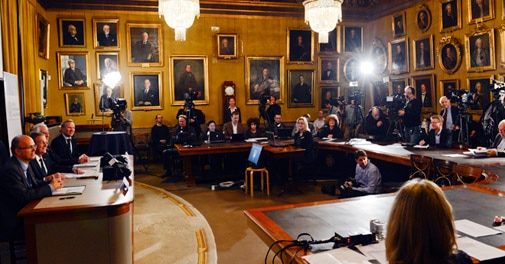 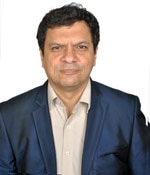 Yogi Berra once famously remarked that "the future ain't what it used to be." History is rife with stories of successful corporate leaders who did not see the next big change coming. The CEO of 20th Century Fox famously derided the threat of television by stating that "people will soon get tired of looking at a wooden box every night".

Ken Olsen of Digital famously downplayed the threat of the PC, and Thomas Watson Sr of IBM once remarked: "I believe there is a world market for about five computers." Closer to home, Nokia looked invincible in India, before its decision to stay way from the Android platform, and a combination of 'smart' players like Samsung, Blackberry and Apple changed the game.

One way of planning for a discontinuous future is a scenario. A scenario is a rich description of a possible future. In a business setting, a scenario is constructed around those key drivers of the uncertain external environment that are not in the firm's control, but will significantly impact decisions going forward. As an example, government policy, changes in technology, and demographic shifts which impact consumer behaviour, all have the power to impact the cellular services industry in India.

Scenario planning is a technique which involves using statistical analysis, expert opinion, industry insights, mathematical models and above all, imagination to construct multiple plausible views of the future. This can potentially give rise to a large number of possible constructions, and the yardstick of consistency is then used to whittle down to three to four scenarios which are actively considered by decision makers.

Scenarios are becoming more popular today because the environment is more complex, and the likelihood of an orbit shifting change in an external driver is larger and far more difficult to anticipate. Further, organisations today are often internally very complex, and the danger of today's pressures making managers less perceptive of longer-term environmental shifts is very real.

It is not commonly known, but the New York Board of Trade used scenarios in making the decision to build a second trading floor outside the World Trade Center. This decision kept it going after the events of September 11, 2001.

The perceived uncertainty of the 21st century has brought greater credence to scenario planning. A Bain survey in 2006 estimated that the proportion of large firms using some form of scenarios in the planning process moved from 40 per cent in 1999 to 70 per cent in 2006.

While scenarios have often been used as a forecasting tool, it is important to note that a scenario need not actually come true to be useful. A scenario can be used to enable managers to think outside their current box, and put in place a mechanism to guard against possible future threats.

Sometimes, this approach may be particularly useful when a company is currently very successful, and threats to the current position may seem very unlikely. It is precisely in this kind of an environment that a well constructed and vividly presented scenario can serve to challenge existing assumptions and put fresh initiatives in place. Let me cite a few examples:

A CEO of a multinational telecom company's operations in western India called me with a unique problem. "We're too successful. We have become the benchmark within our own company. It is difficult for me to drive change because everybody is patting my team on the back. The issue is that today's success is because of innovations we initiated three years back. If we do not change today, our growth story will come to a grinding halt a few years from now."

We worked with the CEO to create a scenario of a competitor with a disruptive business model. They used a low outsourced service model as opposed to the company's high-cost, full-service model). We made the scenario vivid and real, incorporating well-known industry figures as future employees of the incumbent, and created leaked advertisements of the competitor.

The management team was whisked off to a retreat and confronted with this scenario. Reactions moved from fear and panic to careful consideration and design of potential actions. If the scenario is vivid and real, people quickly spend more time planning actions than critiquing the likelihood of the scenario itself.

The trick is to let all the ideas come to the fore, and then trigger the thought that the scenario may or may not come true. "Which of these actions should you pursue anyway?" In the case of the telecom company, a lot of the ideas that emerged from this scenario approach served to shape their future growth and extend their dominance.

On similar lines, a lighting company used a scenario around the imminent entry of a new competitor, rapidly falling prices of a new technology (in this case LED), to trigger significant acceleration in its "route to market" for LED products. Actions in the areas of new product development, marketing and branding followed and the company enhanced its leadership position.

The scenario was critical because the company had a strong position in existing technologies like CFL and incandescent lighting. Without the impetus provided by the scenario, there were many who would have resisted the rapid adoption of a new technology which would cannibalise today's success.

A wealth management firm created a positive scenario in the midst of the uncertainty surrounding a weak government. The scenario anticipated the entry of a Narendra Modi-led government and the positive sentiment it would bring with it, and the firm was early in putting in place products and processes to take advantage of this development.

More tactical usage of scenarios is recommended by CEOs in contexts like consumer products. Harit Nagpal, CEO of Tata Sky, tells of his days in the soft drinks industry. It was common practice to ask half the marketing team to draw short-term plans of things they would do if they were running their direct competitor (think Coke and Pepsi, or Domino's and Pizza Hut). The whole team would then get together to react to the competitive scenario.

In using scenarios the following principles may be useful:

a) Time horizons of thinking have shortened and the pace of change has increased. A medium-term horizon of two to three years may often be relevant for scenarios today. Often, it is difficult to drive urgency around scenarios that are five years away and hence too abstract.

b) The scenario needs to be branded and fleshed out into a complete story with images, numbers to back up the story, and described not only in terms of facts, but in terms of the emotional context of key actors. The art of storytelling is critical to the impact.

c) Often, some element of surprise may help in getting an undiluted and fresh reaction to the scenario.

d) Actions emerging from the scenario should be supported for execution by seniormanagement. Without the will to follow though, the exercise will not have impact a second time.

e) In developing the scenario, the team should have a combination of internal senior management and external experts 2) a combination of left- and right-brained thinkers-scenarios are both science and art.

f) Finally, the scenario must not only be plausible, but most also question and render ineffective, some critical tacit assumptions which drive the current business model.

In a recent article for HBR, I highlighted an application of scenarios i.e. the bad dreams approach, as being particularly relevant for highly successful companies operating in a dynamic environment. The article generated much debate on the "why fix it if it ain't broken" lines.

The debate was resolved by a senior manager who listed four examples of visible "once all powerful, yet struggling today" companies who could have benefited from such an approach.

How you choose to use scenarios depends on your specific business situation. What is undeniable is that it can be used to trigger fresh thinking and go beyond the current box that the organisational finds itself in.

However, the decision to start on the scenario journey requires leaders with an open mind and the desire to 'compete for the future.' Are you up to it?

Ranjan Banerjee is a Visiting Professor at Carlson School of Management, University of Minnesota. Also, he is a Visiting Faculty at SMU Singapore, IIM Calcutta. He is also the CEO of Renaissance Strategic Consultants

Corporate governance of banks- about time for some CoCo?