Economic growth by itself not enough; need to focus on jobs too: CEA Subramanian

Chief Economic Advisor Krishnamurthy Subramanian talks about what he thinks should be the agenda for the next government. 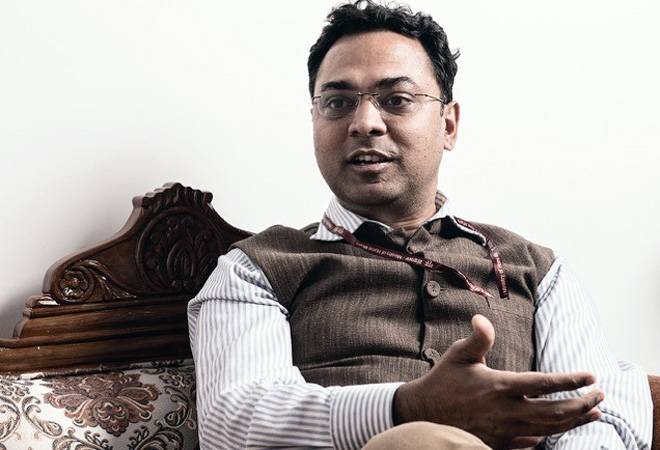 Continuity in government means that the changes that were initiated in the previous five years are expected to be taken forward. Chief Economic Advisor Krishnamurthy Subramanian talks to Business Today's Joe C. Mathew about what he thinks should be the agenda for the next government. Edited excerpts:

Economic slowdown seems to be a reality. What should the new government do to revive credit flows, create jobs and kick start investments?

Competitiveness of the economy is affected by all three factors of production: capital, land and labour. On capital, for instance, the banking sector needs to start using more technology to screen loans and monitor them because worldwide banks are effectively technology companies. They use a lot of technology and we need to be doing that to ensure that the flow of credit to the economy is not only high but also of high quality.

On capital markets, what we have now found is that across several defaults that have happened, the rating agencies have been behind the curve in informing markets about some of these defaults. That is something we have to look at. Especially on short-term ratings, where almost 85 of the borrowers have the same rating. Short-term loans become very critical as several NBFCs (non-banking finance companies, which are in the eye of the storm due to defaults) fund their liabilities using short-term borrowings.

These are aspects that we need to be working on to make sure that invigoration happens more efficiently in our capital and financial markets.

Employment generation has been a concern for quite some time. How should job generation be accelerated?

If you observe the world in the last 30 years, the elasticity of jobs or employment to economic growth has been declining everywhere. It has happened in India as well. As a result, economic growth by itself is not enough (to create jobs), so apart from focussing on economic growth, we also need to be focussing on jobs. For this, we have to focus on incentivising the gazelles (firms that are small but can grow to become giants). Those are the firms that will create a significant number of jobs. We have to change our focus to incentivise those.

Do you mean to say we should incentivise and promote micro, small and medium enterprises in chosen sectors?

Also, given that our national priority is to give more jobs, we may also think about other frictions that are there. For instance, if you look at the minimum wage laws, there are close to 2,000 minimum wages in India. In some states, for instance, there are about 80 minimum wages within the state itself. There has to be a rationalisation. On land, which is an important factor of production, the 2013 legislation (Right to Fair Compensation and Transparency in Land Acquisition, Rehabilitation and Resettlement Act, 2013) really caused a lot of damage in land acquisition. Some of the clauses have made land acquisition extremely difficult by setting very high thresholds. It actually ends up hurting manufacturing. That is something we need to fix.

I would focus a lot on land labour and capital, which will ease some of the frictions that are there in these factor inputs. It will make us more competitive, and if our domestic economy becomes more competitive, we will be able to compete better in the global markets as well. We have to move away from temporary incentives for exports to enhancing productivity by increasing competitiveness.

What do you think can be done to trigger consumer expenditure and private investment?

It's important to understand that the investment slowdown is itself because of some of the overhang that has been created. If you go back, the excessive leverage has been built up by firms over the past six to seven years. So winding up that cannot happen in one year. Also, there is excess capacity. These two together are keeping our investment from increasing.

The other aspect I want to emphasise on is the bankruptcy code, which is changing the way in which investments are done. Now there is a genuine threat that if you do not repay your loans, you could end up losing control over your company, which makes capital budgeting a lot more (critical). Firms have to be a lot more careful while budgeting capital as it is no longer a case of wrong projections not mattering. Developing that expertise does not happen overnight.

What can the government do to tackle agriculture and rural distress?

We have close to 30,000 fragmented markets (mandis) in India. When you have a small market, the buyer - in this case the middle man - gets to wield a lot of power and is thus able to extract a lot of rents. The ratio of farm gate prices to wholesale prices, or even retail prices, is very low. A lot of value addition happens in the system but only a fraction of that goes to the farmer. The only way we can start addressing this issue is by enhancing competition, and also by bringing more information to the farmer. Also, by providing for storage.

When a small and marginal farmer already has very little bargaining power, and a perishable commodity that he cannot hold for even a few days, he will have to sell. If he doesn't have that option, the middle man will exploit the situation and the farmer will not get enough value. Expanding the e-NAM (electronic national agriculture market), focussing on rural hubs... these are things we need to see. In markets, prices come down and go up. Every time prices go down does not mean the government has to intervene. Same when prices go up. Policymakers should take a Hippocratic oath that if you can't create benefit, at least don't do damage.

Which are the policies the new government should continue?

If I look at some of the key themes that have been emphasised in the past five years, the first is the drive against cronyism. For instance, after demonetisation, 3,50,000 shell companies have been identified.

Think about the three demons, Ravana, Hiranyakashyap and Kansa, and Shukracharya as the source of all these three demons. The three demons are money laundering, tax evasion and wilful default. And the Shukracharya is related party transactions with shell entities. So, this is a very important drive against cronyism.

Even the bankruptcy code is an important drive against cronyism. When was the last time we had companies that were not well managed being asked to close down? That is the essence of a market economy - when somebody has not managed a company well, resources have to move to people who can manage it better. We really have to continue this drive against cronyism.

The second is the use of direct benefit transfer. For instance, such transfers worth `6 lakh crore have been done, through which a benefit of `1 lakh crore has been generated. With direct benefit transfers you are reaching the real beneficiary and removing the inclusion and exclusion errors. That is something quite important and we have to strengthen that. Related with that is simplifying the tax code and removing discretion, which is what is being done. Enormous simplification has happened in the tax system and it should continue.

Are you talking about further rationalisation of GST slabs?

Taxes in general, but particularly the direct tax code, because today 99.55 per cent of returns are processed online without any interaction with the tax officer. We should be working on simplifying the tax code so that the number of exceptions as well as litigations on tax are reduced. Apart from this, reduce or completely eliminate the discretion of the tax officer. These three things are all part of the effort to make the economy a lot more transparent, and for putting a premium on honesty. Putting a premium on honest earning is something that we really have to focus on.