TC Meenakshisundaram, managing director of IDG Ventures India, makes a pertinent point: investors are getting cautious about funding e-commerce companies and many players may not be able to raise their next round of funding this year. 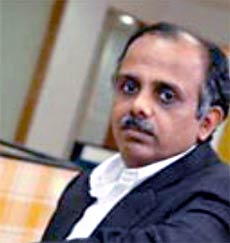 TC Meenakshisundaram
TC Meenakshisundaram, managing director of IDG Ventures India, makes a pertinent point: investors are getting cautious about funding e-commerce companies and many players may not be able to raise their next round of funding this year.

As a VC investing in e-commerce companies, what is your view on the path to profitability of Indian players who seem to losing quite a bit of money right now?
The repeat behavior is very important. Path to profitability is gaining ground this year. People are at least talking about it. Horizontal play takes much more money and time compared to verticals to break even. Second, if you build excellence in verticals, your exit opportunities go up. I think the fundamentals of business have to work - get new consumers, make them buy, make them come back and buy. Given the cost of customer acquisition, that will be required. A customer has to transact more than three-four times to make the company profitable.

So before investing in an e-commerce company, what specific requirements do you seek for?
Is there a path to profitability in the way a company is conducting itself and its business? Are you focused on good gross margins? Is there a pricing power? We look at businesses where pricing power exists. For example, Myntra, where we invested in, launches clothes along with the offline world. Nobody expects a discount on current season items, even online.

Typically, a company should take four-five years to turn profitable. Or they should target that from the time they started.  As an investor I would look at it as a requirement. My portfolio companies have to become profitable between three-five years. We are first round investors so we typically invest around the time they are founded. I don't think just growing the topline will work in India. There are some who are taking a view that if you are the last man standing, the winner will take all, similar to Amazon in the US. Whether the same thing will get repeated in India has to be seen.

There is a mushrooming of e-commerce companies over the last few years, sparking fears of a bubble. Are VCs getting cautious?
Many companies are already not getting funded this year, which is interesting. Letsbuy could not get a funding; it got merged (with Flipkart). To that extent, investors are becoming discerning. Every e-commerce company who raised capital in the last 18 months will not get funded this year for the following round. Only a fraction of them will. That will provide an answer as to who are the likely leaders and laggards.

What is your sense of Amazon's entry and its impact on the Indian e-commerce landscape?
Amazon will be interesting to watch. They have been acquisitive in the past as well. They have to choose between build versus buy and they have a lot of capital. But India is big enough to have more than one player. In the vertical space, some will get acquired. Those who are well funded and have sticky customers will be able to compete.