Demonetisation has not affected Tata Hitachi. 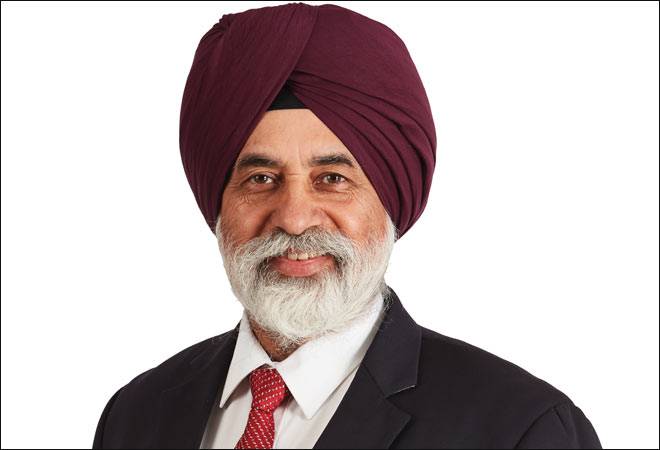 As infrastructure gets the biggest push from the government in a bid to boost the country's economy, Sandeep Singh, Managing Director at Tata Hitachi Construction Machinery Company, a joint venture between Japanese construction equipment (CE) leader Hitachi and India's Tata Motors, discusses the growth potential of the CE industry in the Indian context. Edited excerpts:

Has the government's push to infrastructure catapulted demand for the CE industry?
Indian economy, especially the manufacturing sector, didn't do well over the past three years. The recessionary pressure of 2012-13 had severely affected the country's industrial activity. But the silver lining today is that the 12th Five-year Plan has brought the focus back on infrastructure and India hopes to see robust economic development. And the investment required for this segment, a substantial $1 trillion, is likely to drive the demand for construction equipment.

As for Tata Hitachi, the company focuses on the demand drivers in the market - infrastructure and mining. In the infrastructure segment, there has been a spurt in roads and railways construction leading to a rise in demand for excavators. We are also seeing a significant demand from major and minor irrigation projects from some of the South Indian states. Projects such as the redesigned Pranahita Chevella irrigation scheme, Mission Kakatiya and Mission Bhagiratha are all contributing to this demand.

The outlook for mining industry is positive in the long term. But currently, there is degrowth in the sector although the government has announced several projects.

What are the sectors propelling the demand? Are they traditional ones like ports, roads, railways, irrigation, construction, realty or urban infra? Or do you see new areas coming up?
This government has made sure that infrastructure drivers will remain its core focus areas. There is a massive push to develop national highways and expressways, railways and high-speed rail, dedicated freight corridors, inland waterways, smart cities and so on. Within this scope, several projects have been taken up based on economic priority and availability of funds. The government has raised budget allocations for roads from Rs 38,000 crore in 2014-15 to Rs 97,000 crore in 2016-17. Similarly, for the railways, allocations have gone up from Rs 59,000 crore to Rs 1,21,000 crore during this time frame. For instance, Uttar Pradesh is implementing the Agra-Lucknow Expressway worth Rs 10,000 crore and Maharashtra has taken up the Mumbai-Nagpur Expressway that will cost Rs 24,000 crore.

The Railways has planned to set up the Mumbai-Ahmedabad high-speed rail corridor, with assistance from Japan International Cooperation Agency (JICA), at a cost of Rs 98,000 crore. Then there is the Ken-Betwa river-linking project - it is part of the intra-country plan of linking rivers to do away with floods and drought. The Polavaram irrigation project in Andhra Pradesh is also an example of large irrigation project of national importance.

Will you invest here given the anticipated gush of investments in infra from the central and state governments?
The government is investing from budgetary sources and not looking at private investments, given the weak investment capacity of private sources. The public investment that revived the infrastructure segment has led to considerable growth in the CE industry over the past two years. Such investments also call for tighter work schedules, but cheap labour has not been available for a long time. So there is a greater demand to mechanise things, leading to higher CE market growth.

Also, in some parts of the country, there is severe labour shortage and this has more than doubled the demand for mini HEX in the past four years. The stress on Swachh Bharat (Clean India) is also leading to more organised and mechanised means of solid waste management besides ensuring that urban sewage systems are kept clean by urban local bodies. They are doing it with a whole range of excavators and backhoe loaders.

The government has also given thrust to utilising indigenously available coal resources for energy generation by setting a target of one billion tonne of coal production by Coal India by 2020. It has also introduced a more transparent mechanism to allot coal blocks to the private sector for energy and non-energy purposes. This has led to a considerable rise in demand for large-class mining equipment such as excavators and wheel loaders. At Tata Hitachi, our objective is to keep pace with market growth and consolidate our market leadership.

Do you have any plan to develop a global manufacturing hub for Hitachi?
Our Kharagpur plant has become the global hub for production. From there, we are exporting the ZX220GI model to the Middle East and Africa through the HCM sales channel. In addition, we are also exporting EX200S/210S to Nepal.