It may take realty sector a year and a half to come out of slowdown: Narasimha Jayakumar of 99acres.com

Narasimha Jayakumar, the Chief Business Officer at 99acres.com shares with BT's Chanchal Pal Chauhan the new emerging trends in the real estate market and its impact on the rental market. Edited excerpts. 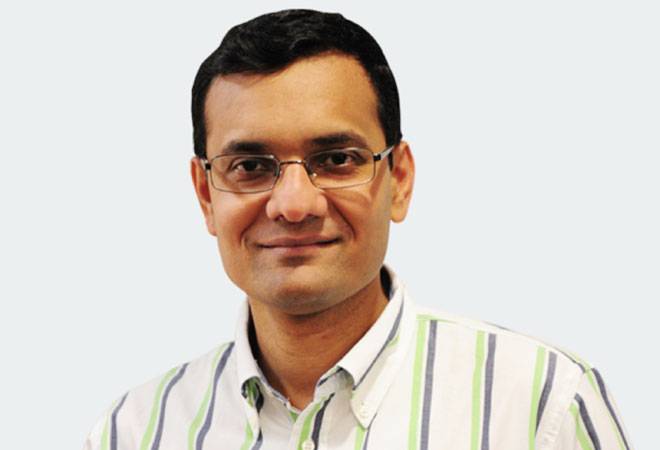 Narasimha Jayakumar, the Chief Business Officer at 99acres.com shares with BT's Chanchal Pal Chauhan the new emerging trends in the real estate market and its impact on the rental market. Edited excerpts.

How is the online real estate market expected to grow in the next few years?

The real estate sector in India is the second largest employer, only after the agriculture sector, and is anticipated to grow at 30-40 per cent over the next decade. With the influx of so many property portals into the market, the game is largely getting online now. In FY 2015/16, the online marketing spends stood at around Rs 950 crore, almost 16 per cent of the total advertising budget. While print still holds the most authoritative position in the real estate world of advertising; online media is expected to grow at a compounded rate of 30 per cent in the next three years. This indicates the increasing acceptance of online media, including Google, property portals, and social media networks like Facebook and Twitter, as the medium to buy, sell and rent properties.

How is the market divided between the resale and new projects' business?

While resale has always been the popular choice among investors who place security, certainty and assured delivery at the top of their priority list, it needs robust down payments. Hence, a big chunk of new buyers, usually reliant on home loans for financing their purchases, have increasingly started preferring new homes. As per industry reports, out of the total homes sold in the FY 2015/16, over 62 per cent were resale and the remaining, new homes. This indicates that in years to come, with newer and younger investors exploring the real estate market, the game could be 50-50.

Which are the most active new project markets?

The key new project markets in India such as Bangalore, Chennai and Hyderabad have a higher preference for new bookings. Buyers in NCR, however, have a lower inclination towards under-construction homes, primarily due to delayed deliveries by developers in the past and the uncertainties associated with legal clearances for the projects.

Knowing that the real estate market in India has been grim over the last two years or so, how much time will it take to revive?

Soaring unsold inventory, stalled infrastructure projects, and frequent legal tussles involving the builder, buyer and state bodies have had kept the real estate market under pressure for the last two years. Subsequently, new launches have declined significantly across India with NCR, Mumbai and Bangalore taking the lead. Pune has been an exception where the demand is in keeping with the supply and the rate of new launches has not been hit as severely as in other metros. From where the Indian real estate market is standing at present, it might take it a year and a half to get back on track. We are looking at the Centre government's schemes such as AMRUT and 'Housing for All' which are anticipated to get buyers back into the market.

How is the rental market performing in India?

While the capital market has at large remained subdued across the country, the rental graph has posted an uptrend in most of the cities. Barring a few markets such as Noida, Greater Noida, Ghaziabad and Chennai, the story is positive for most of the cities and sub-cities.

Delhi NCR: With an enormous demand-supply gap in the rental stock, particularly in the micro-markets of Noida and Greater Noida, the average rental rates have not budged in the last one year. In fact, some markets have seen correction in rental rates and the landlord community has been forced to lower the 'ask' rates to attract the tenant community. Nevertheless, localities like Green Park and the Dwarka sub-city in Delhi; Pari Chowk and sector 37 in Noida; Kaushambi and Indirapuram have topped the rental growth chart along with the Golf Course Road in Gurgaon. It's been seen that localities along the metro routes and with growing infrastructure have continued gaining traction and have been able to show an uptrend in rental rates in Delhi NCR in the last one year.

Mumbai: Pockets such as Bandra East, Kurla West and Santacruz East are the popular choices for rented accommodations in Mumbai region. In Thane, however, the choice are developing localities which offer cost-effective stock and good connectivity to the city-centre. Localities along the Ghodbunder Road such as Waghbil, Kasarvadavali and Panch Pakhadim, thus, emerged as tenants' preferred localities. Affordable locations along the Mumbai-Pune Expressway, such as Kalamboli and Taloja in Navi Mumbai witnessed high traction from tenants and grew on the rental yield graph.

Pune: The tenant community in Pune has increasingly started preferring peripheries over city-centres. While affordability is an over-stated reason, improving connectivity along with inclusion into the municipal limits are the contributable factors.

Hyderabad: It has performed exceptionally well on the back of newly-gained political stability, growing commercial and office space sectors and robust infrastructure growth in the pipeline. National and international companies such as Apple, Salesforce and Micromax, among others are increasingly investing in the city. 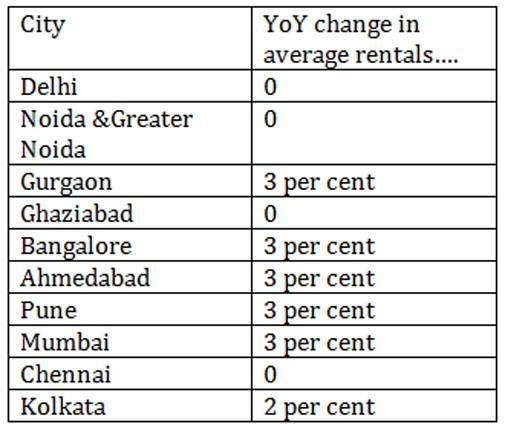 *Rental change calculated on the basis of average rates in the city for the quarter Apr-Jun 2016 against Apr-Jun 2015
**Source- 100 Acres.

3 Measures To Help Protect Your Family Fortune Through Generations