Jindal Steel and Power Managing Director and Group CEO Ravi Uppal talks about what needs to be done to make PM's 'Make in India' campaign a success. 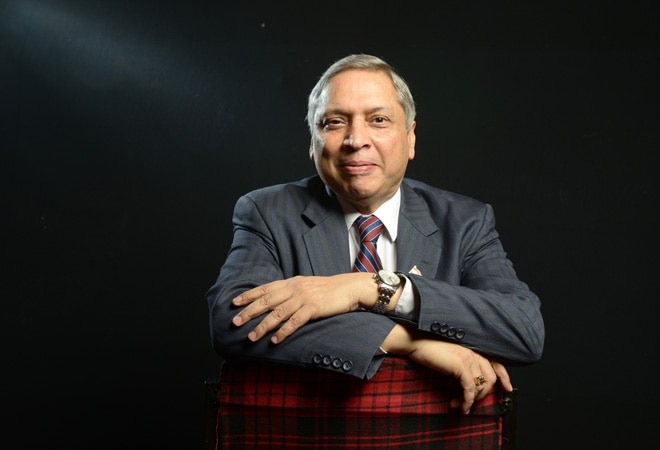 The Supreme Court had recently cancelled the permits of 214 coal blocks allocated between 1993 and 2010 by various Central governments. Miners have been given time till March 31, 2015, to wind up their operations. Jindal Steel and Power is among them and seems to be caught between a rock and a hard place. In the wake of these developments, Ravi Uppal, Managing Director and Group CEO of Jindal Steel and Power, spoke to Business Today on what needs to be done to make PM's 'Make in India' campaign a success.

Q. WHAT NEEDS TO BE DONE RIGHT AWAY TO MAKE PM NARENDRA MODI'S 'MAKE IN INDIA' A SUCCESS?

A. First we have to get back buoyancy to the Indian manufacturing sector. The government must realise that that will happen when the private sector gets into it. Take the case of telecom and civil aviation. Any federal government must come to terms with it and accept it.

It's time we give up our infatuation with the public sector. The sector was important when the country became independent and resources were scarce. Then we were not focussed on productivity and technology. The government can rake in a lot of money by divestment.

Most public sector undertakings are living on oxygen provided by the government. We have the case of MTNL and BSNL - see how these superstructures have crashed. In manufacturing, petrochemical refineries can be divested. Even Steel Authority and BHEL can be. There is no need for the government to stay in these sectors. A lot of state undertakings are sick. Some of them require huge amount of technological inputs and are in a fierce competitive market. They will fall under their own weight. So let the private sector play a bigger role.

Second is gaining the trust of the private sector, which in India feels highly insecure. The governments has not been consistent; lot of reversals take place. Today people are even questioning the validity of any document or licence issued by the government.

The recent events such as the cancellation of the 2G licences and mining permits clearly erodes the private sector's confidence in any document given by the government. It comes to saying that the any such document must be endorsed by the Comptroller and Auditor General, Central Vigilance Commission, Central Bureau of Investigation and finally by the Supreme Court before it becomes a valid document.

Q. DURING MODI'S VISIT TO THE US, MANY WALL STREET INVESTORS HAD EXPRESSED CONCERN ABOUT THE RECENT CANCELLATION OF COAL MINES. THE SC HAS INDICTED ONE AGENCY - THE GOVERNMENT. BUT THE PUNISHMENT IS BEING GIVEN TO INVESTORS. WHAT IS AT STAKE FOR YOUR COMPANY?

A. What is at stake is a total investment of Rs 36,000 crore that have been made in Chhattisgarh and Orissa.

Q. WHAT IS THE OPPORTUNITY LOST?

A. We employ 30,000 people in our mines, steel plants and power plants. They will be laid off. Opportunity lost will be in terms of future investment. As a company, the continuity of supply will be disrupted. Coal Indian does not have the wherewithal to supply the kind of coal we want and the regularity at which it has to be supplied.

Q. WHAT DO YOU THINK WENT WRONG WITH THE PROCESS OF ALLOCATING THE MINES?

A. Some of these mines were operating for more than 10 years. These are captive mines. The plants were located there. In 1993, when the mining act was amended, the government was not able to generate enough power and steel because they are investment intensive sectors. To motivate the private sector and give them input material security, the government decided to give captive mines.

If you develop a three million tonne mine, the investment is Rs 800 crore. The kind of investment you make when you set up a 1,000 mW power project is about Rs 6,000 crore. So at that point of time, the government was not foolish. And they gave the worst of mines to the private sector.

The government asked Coal India to make a list of mines they were not interested in. Coal India was mining A,B and C grade coal. The private sector was given E, F and G grade where the ash content was anywhere between 45-55 per cent. These were discards as far as Coal India was concerned.

Now the private sector put in huge investment, put washeries to wash coal, remove soil and ash. So it suddenly started looking attractive. The government obviously did not remember the basis why these captive mines were given - it was to stimulate investment in core sectors.

Now, it is a serious setback to the investment process. There were 40 mines which were operative. They said you have six months to wind down operations. After six months, the mines will be auctioned or they will put them on auction again. It is like taking away your house and saying we will auction it.

Q. AFTER THE RECENT SETBACKS, HOW EASY WILL IT BE TO FINANCE NEW PROJECTS?

A. Sectoral allocation by banks should also be more liberal, especially in the more investment centric industries. A steel plant of one million tonne costs $1 billion. If you ask a promoter to put in 25 per cent equity, he must have $250 million. Not many people have that kind of cash. The government should have a guideline that they can go up to 90 per cent lending. Lending norms have to be looked at. In the Middle East, the investment is very easy. We have set up $2 million tonne steel plant in Oman. The banks gave us money with a smile with favourable terms. The cost of loan is 6 per cent. In dollar terms, the rate is less than 5 per cent. India is at 12 per cent.