The major factor that contributed to the growth of digital media in 2014 was the lowering of 3G prices, said Jehil Thakkar. 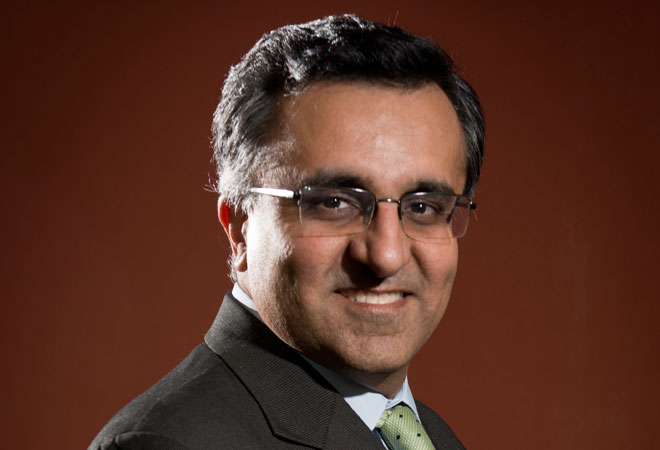 Digital is fast becoming a platform that advertisers and content creators can't afford to ignore any longer. According to the recent edition of the FICCI-KPMG media and entertainment industry report, digital advertising grew by 44.5 per cent in 2014, overtaking radio in terms of the overall ad pie. The big shock last year was the dismal performance of the Indian film industry which grew by just by 0.9 per cent. In a conversation with BT's Ajita Shashidhar, Jehil Thakkar, Head, Media and Entertainment, KPMG India, talks about the opportunities and challenges for the Indian media and entertainment industry. Excerpts:

Q: What were the major highlights of the media and entertainment industry in 2014?

A: The industry bounced back and the light at the end of the tunnel shined a little brighter than it usually does. We are projecting a five-year CAGR of 13.5 per cent. The industry grew at 11.7 per cent in 2014, vis-a-vis 10 per cent in 2013. The film industry surprised us by barely registering any growth. It was at 0.9 per cent, and most of this growth has come on the back of regional films. Bollywood has de-grown in 2014. If it hadn't been for PK, the entire industry would have de-grown.

Q: Isn't that surprising? There were at least 10 films which crossed the Rs 100-crore revenue mark.

The other factor is that the number of screens in India is plateauing. We are adding 150 screens every year, but that is incremental, it doesn't add to the industry's growth. A lot of industry growth had come in the past few years from multiplexes. Ticket prices were increasing because multiplexes were increasing. That has started to taper off as the economy hasn't been doing well and commercial real estate is not happening. Halls were not getting built, screens were not getting added.

This year, content has also not worked. It was only 10-12 films which worked out of the 1,000-odd that were released.

Q: How has the digital media performed this year?

A: Digital grew phenomenally at 44 per cent as against our projection of 36 per cent. The major factor that contributed to the growth of digital was the lowering of 3G prices. Telecom operators realised that pricing had to be made affordable and consequently, data volumes exploded. There was 440 per cent growth in data volumes in 2014 and that led to a lot of mobile advertising. We are at 150 million smart phones now and, over the next few years, this number will increase to about 400 million.

In fact, digital has surpassed radio in terms of the share of the advertisement pie. Radio is at 4.5 per cent of the total advertising pie and digital is a little over 5 per cent.

Q: Do you think digital overtaking other traditional media platforms is just a matter of time?

A: It is still a few years away because digital still has to penetrate. Even in the US television continues to be bigger than digital.

Q: What were the important trends in the TV industry?

A: The overall growth in the industry was about 13.8 per cent . Going forward, it would be in the region of 15.5 per cent. This growth will come on the back of advertising. Also, the first and second phase of digitisation is starting to see some green shoots now. Star has introduced RIO pricing, ARPUs are beginning to grow and there is more subscription revenue flowing in. Again, carriage fees haven't gone up, but neither has it increased substantially.

Q: Will Phase III digitisation see the light of the day?

A: The deadline has been pushed and, typically in the industry, they will react when we are closer to the deadline. The focus now is to make Phase I and Phase II work. Rolling out Phase III will be a big task. The target number of set-top boxes in Phase II was 25 million, 90 per cent of which are seeded. It has taken more than two years to come closer to the target. In Phase III the target is 70 million. It's quite a challenge. I don't think the industry will be able to meet the deadline. The MSOs (multi-system operator) are disorganised in Phase III cities, many areas are cable dark, and there is no proper infrastructure.

Q: 2014 had seen a lot of focus on sports broadcasting. How did that contribute to the AdEx?

A: Almost 5 per cent of the AdEx came from sports. 2014 saw the emergence of non-cricket as a category. Kabaddi got 135 million viewers. It is pretty close to IPL. Badminton also saw decent numbers. So did ISL. Advertisers have realised that non-cricket vehicles are as good as cricket. This will help to pump money into the various leagues, the programming will become entertaining and, all of a sudden, we may see other sports coming to the fore.

Q: Who were the other biggest advertisers in 2014?

A: The big one was e-commerce which contributed Rs 1,000 crore to the advertising revenue. I expect telecom to make a comeback in 2015 if the 4G launch happens.

Q: What are the lessons for the film industry?

A: Film infrastructure needs a lot of attention and the government needs to play a much bigger part. Today, getting a multiplex license takes 12-18 months, regulations are archaic. In contrast China adds 18 screens a day, while we just do around 150 every year. 'Transformers 4' was the biggest hit in China in 2014. It did $320 million, while PK, our highest revenue grosser, just did $55 million. There is a lot to be done in India. We need to get our acts together.

There has to be a lot more focus on good content. It should be tested with the audience before actually being launched. The cost structures are also lopsided.

Q: Phase III radio licenses are round the corner? How will it impact the radio industry?

A: Radio grew by 17.6 per cent and is projected to grow by 18 per cent. After Phase III, you will see the emergence of regional players in radio, people who control the Hindi or Tamil belt. They will be able to go to advertisers and say that "if you want to reach out to the Tamil population, I can give you whole of Tamil Nadu". You will also have national players. With over 800 licenses, there will be only one company which will be able to offer a national footprint. Today, radio can't compete with TV, as they can't provide the reach.

Q: Broadcasters are investing quite a lot on their digital platforms. Do you see that going up?

A: That's clearly the next battleground. Star Sports has been successful, but others are struggling as of now. They haven't created the splash. The key is to have a variety of programming and offer multi-brand content. It should be source agnostic. A consumer is not saying "I want to watch a ZEE or Sony programme", he or she says "I want to watch a soap opera or a movie". The success of digital will depend on those who will be able to provide entertaining content, regardless of where it comes from.

We are now moving to co-shopping: Jason Goldberg

'What Facebook is to your personal life, we want Wooplr to be for your shopping needs'