Prasoon Joshi, adman, lyricist, and Executive Chairman and CEO at McCann Worldgroup, head the prestigious Titanium jury at the Cannes Advertising Festival. Excerpts from an interview. 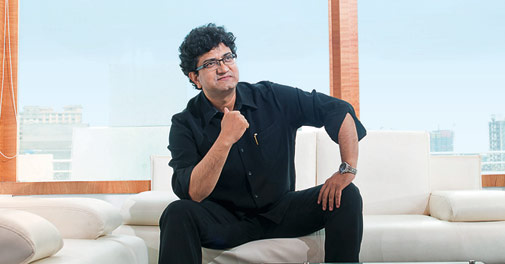 Prasoon Joshi, adman, lyricist, and Executive Chairman and CEO at McCann Worldgroup, became the first Asian to head the prestigious Titanium jury at the Cannes Advertising Festival. In a conversation with BUSINESS TODAY, Joshi talks about the award-winning campaigns that won the coveted Titanium metal this year and also why they deserved to be there. Excerpts:

Q. You are the first Asian to head the prestigious Titanium jury at Cannes. So, what really is the criteria to get there?

Q. What does it take for an ad campaign to make it to the Titanium shortlist?

A. A lot of people think that you have to use technology in an innovative way, use a new medium or use a stunt or a gimmick to win this award, but that's not the truth. I also made it very clear in my speech when I was presenting the awards on the stage, that anything which pushes the boundary of the way we think of the advertising solutions for a client can win a Titanium. It could even be done by using an existing medium, but it should challenge the way we think. It is those campaigns which make it to the Titanium shortlist. Take, for instance, the Honda campaign that won the Grand Prix - they recreated a race which happened 20 years back. They took the sounds of the race that happened 20 years back and recreated it on the track, with lights travelling with the sound. They converted dry data into emotion. In fact, it gave goosebumps to the people who follow the sport. This was an amazing way of thinking.

Again, simple ideas, like when you search on Google 'Women Should', it shows 'Women Shouldn't'. How does Google search work? It kind of gets populated with the words that people frequently use to search. So, a world which is searching 'Women Shouldn't' should be corrected. Why should the world worry about what women shouldn't do? So, they looked at that and converted it into a campaign. This is thought-provoking.

Similarly, Intel is using 3D print outs to create prosthetic arms in the war-affected zones. So, a villager can print a prosthetic arm through 3D printing and use it. This is amazing use of technology to empower people. This wasn't entered through an agency, it was entered by the 3D technology provider who created the prosthetic arms.

So, you can see how people are pushing boundaries, finding solutions which are of a different kind.

Q. How has creativity evolved over the years?

A. The horizons of advertising are definitely changing. Earlier, nobody would have imagined that in an advertising awards show, things like what I mentioned earlier, would get awarded. These are game changers. Not just game changers but actually the way business is done.

Q. Do any of the Indian campaigns have the potential to make it to the Titanium shortlist?

A. Coincidentally, the only campaign which got shortlisted in Titanium was by McCann. This again tells you that you don't need to do hi-tech stuff to go to Titanium. It was McCann's Dabawallah campaign and the idea came from the dabbas that get delivered at offices for lunch. Often, people don't even open their dabbas and go out for lunch with colleagues. So, all that one needs to do is put a sticker on that unopened dabba. When the dabawallah comes to collect the dabbas he would set aside the stickered dabbas. Then, the NGOs come and pick up those dabbas and give them to hungry street children.

Q. Did you judge any other category apart from Titanium?

A. Apart from Titanium, I also judged the Grand Prix for Good. It is given for campaigns that support a cause. The campaign that won this award is mind-blowing. It is about a computer-generated Filipino child (figure) which is created to track paedophiles. You feel that the real child is talking to you and it is linked with the police. The child character, created by a studio in Holland (The Netherlands), is called 'Sweetie' and I feel that more this idea is talked about, the more fear it generates. The criminal will get worried. It started in the Philippines, where lot of kids are taken from their families and made to perform in front of the camera.

Q. Last year, a lot advertising agencies were criticised for entering scam campaigns. The creative head of a leading agency tells me that one can't get rid of scam campaigns as it is those campaigns which give a creative person the much needed creative push. What is your take on this?

A. I want to give a suggestion to various award committees. If you think something is done at a very small scale (not released widely), award it with a pre-requisite that these people will scale it up and sell the idea to a bigger client. We are awarding ideas. If somebody has presented a great idea, we should award that idea. We should probably give them half the trophy and the other half should be given when they came back and say the following year that they have succeeded in scaling up their idea. We shouldn't award cheating of any kind, but we should award intent.

'Awareness about Ozonetel has increased'