Microsoft Ventures will be in India in the next few months: Peggy Johnson

On a recent visit to India, Business Today's  Deputy Editor Venkatesha Babu, met Johnson to understand her plans for India. 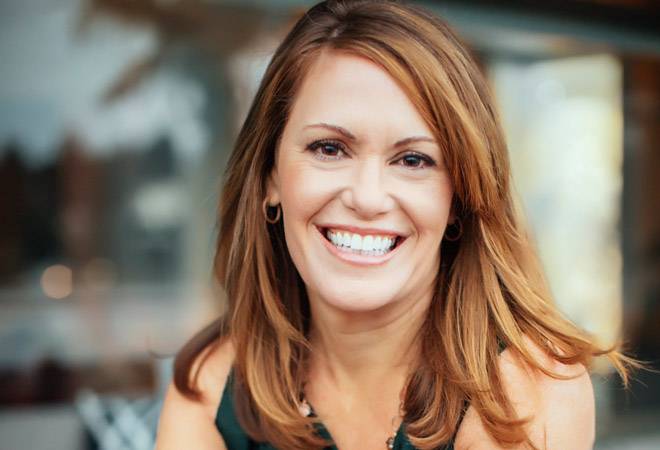 Peggy Johnson worked for nearly a quarter of a century at Qualcomm, before she became one of the early hires of Satya Nadella, after he took over as the CEO of Microsoft. While Johnson's  designation is  Executive Vice President, Business Development, in reality she is the deal-making Czarina for Microsoft, who also drives their partnerships.

In the last three and half years of her tenure at Microsoft, she has led nearly 40 deals, biggest being the $26 billion acquisition of LinkedIn. On a recent visit to India, Business Today's  Deputy Editor Venkatesha Babu, met Johnson to understand her plans for India. Edited Excerpts:

BT: Given you drive M&A at Microsoft, does your current visit entail something substantial? What are the areas of interest here?

Peggy: One of our biggest areas of interest here is partnerships. I am here often and we are engaging with the local community through start-ups and major enterprises, ensuring that they know what products we have, particularly in the areas of AI, analytics and our cloud platform, Azure. That's mostly what I have been engaged in the Indian market. It has been two years now that I have been running these visits.

BT: Specific to the start-up ecosystem, anything interesting you see?  Any of them working in areas of interest for Microsoft

Peggy: We are interested in a variety of areas. I would say AI is one. Blockchain is another. We are building blockchain-as-a- service inside of Azure Cloud. These companies that I met are building solutions utilizing blockchain. We want to introduce our services to them as they are building their solutions. Then of course, anything in the productivity space. Productivity in India looks quite a bit different than other areas (markets).

BT: In what sense?

Peggy: Many times its mobile-only. So there is no desktop/PC that they go back to. We have learnt a lot by getting to know many start-ups in that space. (For instance), What does software as a service look like when you're only delivering it on the mobile handset?  We are learning from this market as well, because I think many of the things can be exported into other markets that were born and bred in India.

BT: What was your experience at Qualcomm, does it offer you better insights? Some of these templates could probably be used elsewhere? Are there any instances where you guys have already leveraged that?
Peggy: When I was at Qualcomm, for 24 years, India was a major market for us. But we had to change our product in order to enter this market in a number of ways. Now that I am here representing Microsoft and learning about the market, I realize that there are things unique to India that we have to tune our products to. For instance, one of our products is Skype Lite and it's meant for low bandwidth areas. We have got great 4G coverage here, but when you get out to the rural areas you have got super low bandwidth. The India team worked on this, taking our existing product and tuned it for this market. And I think that product can go to other markets which also have low bandwidth.

Kaizala is another. That is another one that we will be taking outside of India. There are other areas have unique attributes like India, where you want to reach large numbers of people. It's a communications system for large groups, millions of people actually. And I think that one's interesting because it can be a useful tool not only for enterprise but also for governments. We are working with several local state governments with Kaizala and that's been eye opening for us. They can use it as a tool to reach their citizens, which other areas of the world will also be able to utilize.

BT: Dialling back to your earlier statement about blockchain solutions. Is it more of an effort to sell what Microsoft already has to the start-ups or is it to work with them and try to understand them? Probably even look for investment opportunities?

Peggy: It's more of the former at this point in time. But eventually we will be here to look for investment opportunities. I'll touch on that in a minute. But as far as the former, we are seeing quite a bit of blockchain solutions coming out of India. So, we wanted to ensure that the start-ups knew about the blockchain-as-a-service and the tool set that we have built in Azure, so they can utilize it. They don't have to rebuild, sort of the plumbing of blockchain.

It is fascinating to hear some of the start-ups that are using blockchain in very unique and creative ways. So I am definitely going to keep my eye on this market. As far as the ladder goes, when I started at Microsoft three and a half years ago, one of the first things that I focussed on was developing an early stage fund that we could utilize in the start-up community. We didn't have one and we launched Microsoft Ventures and now we have 45 or so investments, over the last couple of years, in early stage companies. We like to look after the investments ourselves inside of Microsoft Ventures and so when we come to India we will put someone here in India to look after the investments.

BT:  What timeline are we looking at for Ventures to come in?

Peggy: We are expecting them in the next several months.

BT:  Also will it tie up with your accelerator program since you already have passed out quite a few batches?

Peggy: Exactly. For the accelerator, we have tied up with seven other partners here. We jointly work in accelerators with another 24 partners. But now once we bring the fund here they will have access to a fund, so I think we will see the technology that has been developed inside accelerator and have the ability now to maybe take part in their investment once we bring Microsoft Ventures here.

BT: Companies, which have been accepted into your accelerator program, will they have first call in terms of Ventures' investment?

Peggy: Basically we give them knowledge ventures so that they can then present to (Microsoft) ventures and the ventures will then make a decision. There is no formalized link between the two (Accelerator program and Ventures) than it is available now.

BT: And Ventures' mandate is to essentially look at start-ups in the AI, blockchain and the other areas or is it a broader mandate?

BT: What segments of AI is the work being done?

Bill had a statement actually back then. This was in 1996. Back then Bill said someday computers will be able to see us hear us talk to us and understand us. And now you are entering that stage where they are do those things. And so back then we had researchers looking at things like speech recognition, image recognition and over the past few years I would say the progress in both those areas has kind of gone non-linear.

We really been able to up level our efforts there largely because there is better compute now; there is cloud that we can rely on, also algorithms that we are using.  So all of this will come together to take things like speech recognition up to human parity. Last summer the Microsoft Research team that was working in this area showed that the error read in speech recognition was 5.1 per cent, which is basically human parity and it will keep getting better.

Eventually, these algorithms will be able to understand better than a human. Things like different languages or dialect, accents, things that could be very challenging for humans to understand, they will be able to have that capability and the same with image recognition. We are now very close to human parity there. So, there has been major advances in these areas and now the idea is how we can implement those, what are the problems that we can solve. Another area that we are focussing on is machine reading comprehension. They will need to just update data and actually comprehend what's going on in the paragraphs.

About a year and a half ago, we bought a small company in Montreal called Maluuba and they have brought a very unique machine reading comprehension technology to the company. In a new model, we left them right where they were in Montreal and that's actually been helpful for us.

BT: It is not the old Microsoft trying to integrate everything it acquires?

Peggy: No, we actually started with Satya's first acquisition which was Minecraft, all the way through Linkedin and few after - that's largely the model we leave. They generally have good ties into the local universities, so there is a talent access that we get if we leave them where they are at.

And in the case of Maluuba, we also had the ability to bring on board a consultant that Maluuba had Yoshua Bengio, who is one of the gurus of AI. He is now consulting with us. It also brought us some goodness to leave them where they were and we have added to the team and we have actually started an AI accelerator there as well.

BT. What is the plan with Ventures? Do you co-invest with the other players or does Microsoft take start-ups and is it very early stage, seed stage?

Peggy: It is generally series A and B and a little bit of seed. We are generally in A and B timeframe. We do this basically to bring signal and we want it in the areas we are focussed on that are aligned already. We want to be able to see signal in areas that are of our interest to us and we may then take the opportunity to invest at that time. But without having an early stage fund we miss a lot of that early signal.

BT: Enterprises have been your customers forever, even in the Indian market, but you are a little bit late to the cloud game. Are you playing catch up, what has been the pitch?

Peggy: We are largely there, for sure we started a few years later than our competitors.

BT: In one way or the other companies such as Ola or Uber have been Microsoft's customers over the years and they use one or multiple products. So when you meet them and talk of pitching to enterprises as a part of their mandate, what does it entail?

Peggy: We look at our cloud as very secure cloud. We have been in this business for a long time, keeping our enterprise customers secure. We come in with a level of ability in that area that is recognised. It's a hybrid cloud, so we can allow customers to bring workloads over to the cloud on their pace. They don't have to flip the switch and have it all move to the cloud. They can bring workloads over. And they can also run Azure in their own data centres on site to start with our product that we call Azure stack.

So that gives them flexibility to take steps to the cloud on their pace and that's been one of the big pitches. The other thing that we can offer is two ISVs who built on top of Azure, is sort of the power of our 40,000 sellers world over. So if it is built on top of Azure we can activate those sellers to co-sell with them. And that's a powerful ability that we have. That sets us apart from some of the others in this space.

Fresh troubles for the Indian economy