Our business in India is very strong. We have had a good year last year and our numbers have been disclosed. 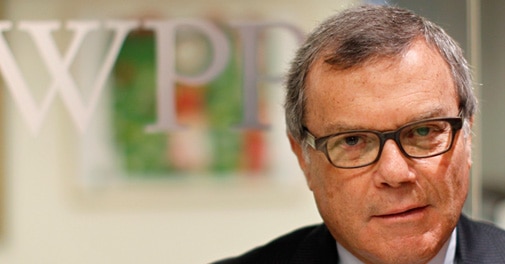 The much talked about Publicis-Omnicom merger has collapsed. Had it come through, Publicis-Omnicom would have become the largest advertising network in the world, with revenues touching $23 billion, putting the current market leader WPP in second place.  One person delighted by the development would be none other than Sir Martin Sorrell, Chairman, WPP.

Days before the merger, Sorrell responded in a telephonic interview to Ajita Shashidhar on WPP's India business (it is No. 1 in India too), the efforts the Publicis Groupe has been making in this country, and more. "Competition has been trying to play catch-up. When you get increasingly desperate you cut corners, and when you cut corners, you make mistakes. There are some mistakes being made," he said. Edited excerpts from the interview:

Q. The Indian advertising and communications industry has been dominated by the WPP agencies for decades now. However, the last few years has seen competition upping it ante significantly. What is going to be WPP's gameplan in a competitive environment?

A lot of what you are seeing are being poorly structured and are being highly priced. As a result those structures are rickety and are over time proving to be unsuccessful. The Omnicom acquisition of Mudra and Dentsu acquisition of Taproot - both were made at very high prices, raising questions about long-term viability. We have noticed these acquisition activities, but I won't describe them as competitive activity.

Our business in India is very strong. We have had a good year last year and our numbers have been disclosed. The start this year in January-February in India has been good. We have about $500 million of revenue in India, and we have maintained our distance from the competition. We have about 14,500 to 15,000 people in India. That excludes the people we have in the distribution businesses which would add up to a further significant number.

All our brands in India, whether they are in advertising and communications, market research, public relations and public affairs, branding and identity, health care, and the last but not the least, digital, had a good year last year and will have a good year this year too. With regards to expansion, we will continue to do what we have done before, which is to grow organically and by acquisitions. We have also been very active in India in terms of number of deals, we have done the most number of deals in the last few years.

We will continue to do that. When you are $500 million and let's say the market is growing at $50 million, there are very few companies that you can acquire. It is very difficult to find a company in India with $50 million of revenue. Organic growth seems to be a very predominant way forward, but levelled with reasonably good acquisitions in the sectors we operate, with a particular emphasis overall in India in new media, in data and of course trying to leverage all the talent we have. So it is pretty much in line with our strategy in new markets.

Q. What is WPP's USP in India?

A. You can't talk about WPP, you need to talk about the verticals we have. For example in advertising you have J. Walter Thompson, Ogilvy & Mather, which are number one and two agencies in the market. There is Grey and Rediffusion Y&R. In media, there is Group M and there are four brands there. You have Mindshare, MEC, Mediacom and Maxus and of course Group M Entertainment and lots of others. We have 10th Avenue there which is into outdoors. It goes on. You can't talk about one company, you have to talk about 15-16 verticals.

So, to answer your question as to what is the USP is, it is quality. India particularly has very good quality, very good people, doing very good work. We have very good clients. I think that is sufficient USP if you took them as whole. I can't think of a country in the world where we have that level of consistently good people, doing consistently good work. In fact, I have shared on many occasions when I have visited India that if all our businesses were good as good as our Indian businesses, I could retire.

Q. How important is India for WPP?

A. Our revenue from India is $ 500 million. India accounts to about 2.5 per cent to 3 per cent of worldwide revenues. In India, I would like to do more. India to us is very important. The quality of our businesses here is very high class. Frankly, we would like to reproduce what our businesses have managed to produce in India on a worldwide scale. It is an iconic business in WPP

Q. How much do you expect the contribution from the growing Indian market to be in the years to come?

A. Well, the big thing in the Indian market is the uncertainty surrounding the elections and the uncertainty surrounding what the structure of the government will be going forward. So making forecasts of Indian growth rates when there is a political uncertainty which has affected the market last year isn't fair. Well, I have to say that our business last year grew strongly. But this year I would say to you that the long-term organic growth rate we would be looking for would be in the 5% to 10% area. This number doesn't include the acquisitions. Last year we did 7% and this year we are budgeting a higher level than that. Our businesses in India are doing particularly well and generally in the markets we operate in, we grow at the GDP growth rate or slightly higher.

Q. You already have a 27 per cent stake in Rediffusion Y&R  and one hears that you are going to up the stake further. Why are you betting on yet another traditional agency when the world is going the digital way?

A. We already have a 27 per cent stake and there have been talks for many years now about increasing our interests there. As I responded to one of your competitors, any such questions are purely speculative as nothing has been done as yet.

Q. Your competitors feel that your biggest challenge is your size in India. They say that it will be far easier for your rivals to respond to the needs of the Indian market since they are much smaller and thus nimble.

A. If you look at WPP in India, we have at least four advertising brands, at least four media brands, three or four data investment management brands, three or four digital brands. If you added them up, you would come up with 20 to 25 business brands. Your question misleads as it is not one company, its a number of smaller companies. It is true that our core strategic objective is horizontality and it is true that we seek to leverage the talent, the knowledge and the data that each one of those verticals have. It will be very superficial to assume that it is one big amorphous mass. It isn't.

On the growth rate side, if you compare with what has been disclosed by others or even when you see a lack of disclousure by others I would say that the growth rate of our operations in India is superior to our competitors that you are talking about.

A. That's something we have been groundbreaking in, not just in India but around the world. In India, our Country Manager, Ranjan Kapur, integrates at a local level, making sure that we have the best people, making sure we are working with the best local companies, making sure we are making the best local acquisitions. Then, we have 43 client leaders accounting for about a third of our revenues and 35,000 people who work under these accounts.  So, your question will be fair one if it were one big company, but it isn't.

Q. You said some of the acquisitions that competition had made in India were full of cracks. Why do you think so?

A. The acquisitions were poorly structured and poorly priced. We have seen that not only in India but also in Brazil and in China. You can't explain Publicis 11 per cent drop in revenue in China in the fourth quarter last year. Publicis is having significant problems. We identified the fast growth markets probably before the competition and have been able to build the strongest position just not in India, but also in Russia and Brazil. Competition has been trying to play catch-up. When you get increasingly desperate you cut corners, and when you cut corners, you make mistakes. There are some mistakes being made.

'People like Mr. Srinivasan may come and go but IPL will continue to flourish'

Stock market to continue to swing ahead of poll result