Provision to allow children under 14 to work at home is a loophole: Jaivir Singh of PwC India

A far more cohesive and participative format of engagement is needed if India has to truly address the fundamental issues faced by children. 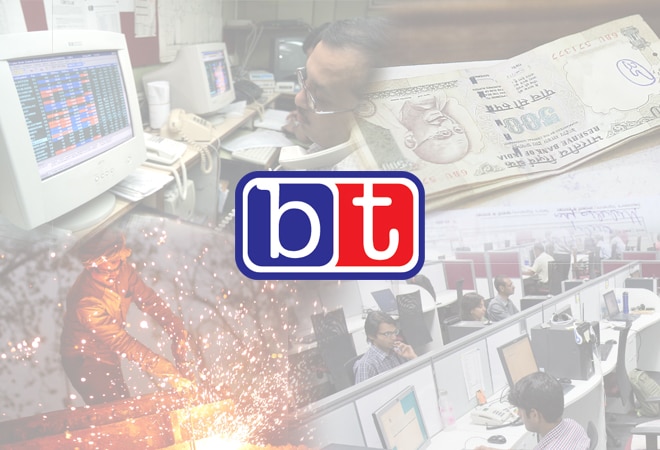 'Forgotten Voices: The world of urban children in India' is the latest report compiled by PwC India and Save the Children to addresses the fundamental challenges that urban children in India face. It suggests that a far more cohesive and participative format of engagement is needed if India has to truly address the fundamental issues faced by children. Jaivir Singh, Vice Chairman, PwC India Foundation spoke to Sarika Malhotra of Business Today about child labour in India.

Q. What have been the main findings of the report, especially in the context of child labour in India?

A. Agriculture, small industrial workshops, small- to middle-scale hazardous industries, service establishments, domestic work, rag picking, porter work and street vending are the sectors reflecting a concentration of child workers. In addition, there are children in prostitution and bonded labour. As per the latest available data on urban-rural distribution of child labour, out of a total of 9.07 million child labourers in the 5-14 age group, nearly 7.44 million (82 per cent) were in rural areas. Out of those in urban areas, child workers in the 5-9 age group are 0.08 million while those in the 10-14 age group are 1.44 million. Uttar Pradesh accounts for the maximum number of child labour at 459,000.

In major states, child workers in urban areas account for 16.4 per cent of the total child labour force. Thus, child labour is primarily rural in character. But again, it is to be noted that these figures refer only to children up to 14 years, so the workforce participation of 15- to 18-year-olds is invisible. Urbanisation rate and the share of urban children in total population of child workers go together. In Delhi, where the urbanisation rate is extremely high-almost the entire population (97.5 per cent) is urbanised-urban child labour makes up the entire population of child labour. Delhi is followed by Punjab (almost 48 per cent) and Tamil Nadu (45 per cent).

Q. How does urbanisation impact child labour in India?

A. Urbanisation involves the expansion of the urban middle class and emergence of double income nuclear households. A larger middle class drives up the demand for goods and services, in response to which the number of city-based enterprises in services and manufacturing sector is growing rapidly.

It is estimated that the share of urban India in the country's GDP will rise to 75per cent by 2030. Growth of small-scale manufacturing and service units located in cities and nuclear households have led to the rise in demand for cheap industrial labour and domestic helps. This demand is met by the urban poor, including migrant families. Given the higher costs of living in a large city due to food inflation and shortage of housing space, parents prefer their children to work as they economically contribute to the family. With more children accompanying their parents from rural areas, or moving from one city to another, the cases of such children ending up as workers in cities-mainly in the unorganised sector-may rise in the future.
In the unorganised sector, the working conditions are hazardous, wages are unregulated and occupational safety is poor which adversely affects the health of child workers. The supply of child labour to this sector is managed by the human trafficking networks, which leads   children to crime and prostitution.

As for domestic workers - a sub-category of child labour - in particular, a study conducted by Save the Children in West Bengal (2005) with a mostly urban sample of 1,020 domestic workers showed that most of the girls ended up in domestic work after being trafficked. The study challenges the popular perception that children do not get abused in domestic settings and employers who take in girls into domestic service are actually doing them a favour.

Q. How is the current policy framework dealing with child labour?

A. The government has enacted the Child Labour (Prohibition & Regulation) Act, 1986 to prohibit the engagement of children in certain employments and to regulate the conditions of work of children in certain other employments. The legislative policy adopted by government for eradication of child labour looks at prevention, rescue and repatriation and is taking various pro-active measures towards schemes of different ministries such as Ministry of Women and Child Development, Ministry of Human Resource Development, etc. It also looks at convergence with Ministries of Rural Development, Urban Housing and Poverty Alleviation, Panchayati Raj for covering these children under their various income and employment generation scheme for their economic rehabilitation.

A cohesive platform needs to be created with a focus on children so as to allow a ministries and civil society organisations to engage and find collective solutions. As an amendment, the government recently banned all child labour till the age of 14 years, except working for family businesses, entertainment and sports activities after school or in vacations. The current law prohibits the employment of children, only in 18 specified occupations and 65 processes and regulates the conditions of working of children in other occupations/processes. The new legislation is expected to be passed in the monsoon session of parliament and is a step in the right direction, but much more needs to be done.

Q. On the policy side, what provisions are you advocating to combat child labour?

A. The provision that children up to 14 years can continue to work in home-based enterprises is a loophole. This is being exploited to the disadvantage of children by involving them in businesses being run out of small, cramped spaces where there is not enough light or ventilation. The activists have stated that such work should be therefore completely banned.

Second, child labourers belonging to poor migrant families or living on the street miss out on basic services such as health, social security and education. Knowing the age of a child is also central to protecting them from child labour, trafficking and sexual exploitation. In order to ensure their access to basic services and protect them from child labour, birth certification needs to be strengthened. A birth certificate as proof of birth can support the traceability of unaccompanied and separated children and promote safe migration.

As per the street child survey by Save the Children, vulnerable street children often do not possess such legal documents. The four-city analysis revealed that the proportion of children possessing legal documents was only 11 per cent in Jaipur, 34 per cent in Hyderabad, 56 per cent in Kolkata and 70 per cent in Bhubaneswar. Third, there should be a comprehensive national-level census of children living and working on the streets. This will generate robust data on the demographics and living conditions of these children and enable local governments to plan effectively for rescuing such children from labour force. Additionally, sensitisation of front-facing public services such as the police and municipal corporations need to be done. A department for children needs be created so that the enforcement of already enacted laws, is far more applied than is currently the case.

Plan to sell one million units by year-end: OnePlus

DoT panel has no solution on net neutrality: IAMAI President