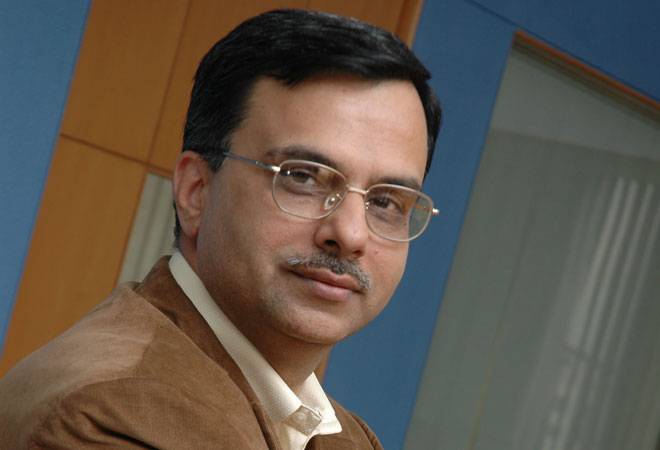 IDG Ventures India is part of IDG Ventures, US, which manages $4 billion worth of funds. The fund's lead investor is International Data Group, one of the largest IT media companies. IDG is said to be in talks with limited partners (LPs) to raise a fresh Rs 1,200 crore fund. Business Today's Taslima Khan speaks to Sudhir Sethi, Founder, Chairman and Managing Director, IDG Ventures, to know more.

Q. What is IDG's investing story so far?

Q. With so much competition for start-ups, will money decide who will survive and who will not?

A. Companies are getting build faster and will die faster than before. It's a world where capital will determine how fast you will grow and survive. So the number one and two will take all the capital and the number three will die. There is a very interesting book by Jagdish N. Sheth, a well-recognised business consultant, The Rule of Three. It basically says that in every market, ultimately there are three players. The number one guy gets 60 to 70 per cent of the market share, the number two gets 30 to 40 per cent and the number three gets less than 10 per cent.

Q. What's your take on some start-ups moving headquarters outside of India for multiple reasons?

Q. But look at companies like Practo, which are playing in a large domestic market. And it moved its headquarters to Singapore...

A. I think that model is not going to be on. There is practically no reason why a company should move out. There are lots of M&As happening here in India. In the whole of last year, 41 M&As happened in the start-up space, wherein Indian companies are buying Indian companies. In the next five years, it really won't matter whether you moved your company out or not.

Q. A lot of people are raising funds. What are the most recent trends you are seeing in venture funding in India?

A. One of the things that is happening is that a number of rupee funds are becoming active in India. In the last fund raising, we raised a rupee and a dollar fund. I now have LPs [limited partners] both in the US and in India. One of the big reasons why companies move out of India is that the LPs are there and it is their mindset which is driving this. But with the rupee LPs coming in, this will change. One of our companies, Newgen, wants to go public in India. Because the guy believes there is value to be created in India. So you will see grassroots changes happening now, not slowly but very rapidly. Today we have LPs in eight cities in the country. Usually these are family offices. In one case, for instance, there is a very large Itar or scent manufacturer based in Bombay. The father runs the Itar business and the son, an IIT alumnus, he wants to invest in the new world, the sort of companies he reads about daily in the newspapers. This family has invested in our fund. There are thousands of such businesses. If they start investing in funds, I see a revolution happening.

Q. How is regulation likely to impact the venture industry?

A. The formation of the AIF [alternative investment fund] category under SEBI is a very progressive step. Now there is a new committee formed under N.R. Narayana Murthy to suggest changes so that Indian venture capital can be more progressive. I am also on that committee. With the changes happening, you will see more rupee capital coming into the country. One of the ways this will also help venture funds is in getting us deal flow. There are lot of IIT alumni out there who have their own circles. They will bring the companies they know to us. They are also co-investors with us. We have a founder of a very large software company as an investor with us. There are also other advantages. With the Indian investors coming to invest with us, the dollar investor will think differently. The venture world is a Rs 6,000-crore annual investment market.

Q. How do you see the participation of Indian investors in venture funds increasing?

A. The participation of Indian investors was less than three per cent. We believe in the next three years this will go up to at least 15 per cent. Today our rupee investors are investors in Flipkart, Yatra and Newgen. The lowest asset under management of these family offices is between Rs 200 crore and Rs 250 crore and the highest we have seen is approximately Rs 5,000 crore.

Q. With Indian funds participating in venture capital funds, will it also change the sectors funds will be looking at. Will it be more diversified beyond technology ventures most funds look at?

A. As far as we are concerned, we will continue to look at only pure tech ventures over the next 10 years.

Q. Everyone is raising new funds. What is driving the LP confidence, despite there been very few exits so far?

A. Exits are actually not so few. Funds that are raising capital are those that have had exists under their belt. Those who have not had exits will not be able to raise capital. Sixty to 75 per cent of the capital coming to India will go to the top eight-nine funds.

Q. Or is it that LPs are more excited by the way companies are growing rather than exits?

Galaxy S6 Edge+ and Note 5 will be manufactured in India: Asim Warsi