Akhil Kumar, a boxer, is a two-time Olympian. Kumar fought in Athens (2004) and Beijing (2008), but failed to qualify for the London Olympics. In an e-mailed interview with Business Today, Kumar discusses what it takes to create a first rate boxer and where India's systems fall short. 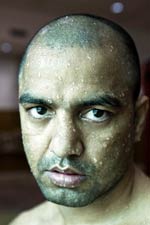 Akhil Kumar
Akhil Kumar, a boxer, is a two-time Olympian. Kumar fought in Athens (2004) and Beijing (2008), but failed to qualify for the London Olympics. In an e-mailed interview with Business Today, Kumar discusses what it takes to create a first rate boxer and where India's systems fall short.

The number of years of training before a talented boxer becomes a medal prospect at the Olympics
There are various factors responsible for the performance of a boxer like: inherent talent, coaching style adopted to polish that latent talent, physical and psychological build up of the boxer. Although the development of an international class boxer may take six to eight years, the talent of a boxer counts a lot.

Similarly, various state sports departments run schemes to provide various sports facilities at grass roots level. For example: Haryana State Government has initiated a scheme SPAT-Play for India (Sports and Physical Aptitude Test) to find latent talent in Haryana and then provide a daily stipend to the selected players. SPAT provides an access to aspiring players to the government's athlete development schemes like sports scholarships and nurseries. They can choose a game, play tournaments and graduate to higher levels on the strength of their performance.

The financial cost of putting a child through boxing training
It depends upon whether he/she is joining a club or any government scheme. If he/she is joining any SAI Training centre then the only need is to buy his /her personal equipment like boxing gloves, head-guard, gum-shield, skipping ropes which is within a lower middle class or middle class family's financial reach. There is no need to pay a fee in government schemes. Whereas when a boxer is joining a private club he/she would have to pay monthly fee and admission fee to the club along with the respective boxing equipment.

What are career prospects of a boxer who makes it to the national level?
They may get jobs in the Indian Railways (through Railways Sports Promotion Board (RSPB)), Army (through SSCB (Services Sports Control Board). Also, if the boxer is good at studies, he may get the job or admission through sports quota in various institutions. Also, they also get B grade level gradation from the respective State Sports Department which further is useful in getting jobs in various departments.

What are the problems faced by national level boxers?
It depends upon the background the boxer comes from. I think the main problem our national level boxers may face is treatment of sports injuries. There is a lack of technical sports injury physiotherapists or doctors or experts. If boxers get injured they don't have the option of going to a good sports injury treatment expert. Even if they have the option, they may not have the money to get treated well, because many boxers come from lower middle class or middle class family backgrounds.

I have been facing injuries since I have started boxing at the international level. I do remember before the 2008 Olympics qualifying tournaments I had a ligament injury in the wrist, then Mittal Champion Trust arranged and paid for my wrist surgery in South Africa from the world's best experts. They assisted me in rehabilitation of various injuries like wrist fracture, muscle tears etc. And it is only because of their assistance that I continued my career so long (from 1994 to till date).

What can be done to improve India's prospects in boxing in the next 10 years?
1.    To arrange a well equipped Indian Institute of Sports Medical Sciences with expert sports injuries physiotherapists or doctors or experts.
2.    To recruit coaches in various parts of India and then organize various districts, state or national level tournaments.
3.    To organize various Latent Talent Haunting programs through SAI or various State Sports Departments.
4.    The concerned national or state level boxing associations or federations may follow the footprints of worthy BCCI to implement various strategic programs for the promotion of Boxing in India.