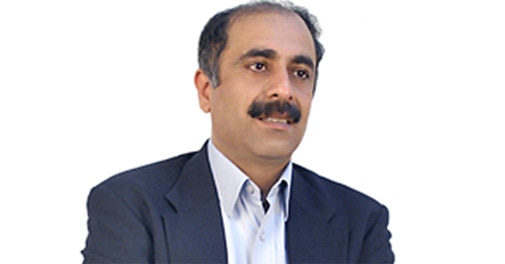 Most of the pre-poll surveys suggest that Narendra Modi-led National Democratic Alliance will come to power. The outcome of the elections will have implications for India's foreign policy, particularly its relations with the United States (US). Indeed, expert say that India-US relations have already touched their lowest level in the last two decades. If Modi does become the prime minister it will further test the diplomatic ties between the countries - the US had revoked Modi's business visa in 2005 for his alleged involvement in the Gujarat riots. Business Today's Anilesh S Mahajan spoke to Robinder Sachdev, US India Political Action Committee's (USINPAC) India Affairs chief, on the road ahead for India-US relations.

Q. India is looking at reviewing its nuclear policy? How will this impact India-US relations?

A. On the nuclear issue, there are two components. First, the military aspect. The view of BJP (Bharatiya Janata Party) that they will change the NFU (no first-use) nuclear doctrine of India is a new development. The US and other members of the nuclear weapons club will perhaps not be happy about it. The US is always pushing for reduction of nuclear weapons, and President Obama made nuclear disarmament one of the cornerstones of his foreign strategic policy, so it goes without saying that the US will not be happy with it.  Though it is early to say what the US could do to express its dissatisfaction on this matter. However there is not much that they can do to influence this policy change of an internal matter in India. Thus, in overall probability it will not affect US-India relations.

Second, is the energy aspect. Here there are two issues - the liability bill, and the ability to track the spent fuel. Though the US would very much like the clause on liability compensation to be changed, but in my view there is little chance of that, at least for the time being. No Indian government will have the political capital to bring this change in the Parliament in the near term. Much will also depend on how aggressively the new Indian government pushes nuclear energy, and the Areva contract with NPCIL (Nuclear Power Corporation of India Limited) regarding the Jaitapur project. If the next government puts nuclear energy in top gear, and if it finds that no foreign and Indian vendors are coming forward due to the liability clause, then it may decide to take a chance and bring an amendment to the bill in the Parliament. However if the Areva, and Russian, projects progress in the present conditions, then there will be no reason for India to change the liability clause.

The US may come around if apart from the liability bill, the issue of fuel tracking is resolved.

Q. Modi's BJP is also closing the doors on FDI in retail sector. This was one of the key sectors which US was pushing India to open up. BJP is also pushing for more FDI in defence and other sectors. How is the US is looking at it?

A. The US would very much want FDI in multi-brand retail, and will keep pushing for it. At the same time, if FDI is raised in most other sectors, including defence, that will be an encouraging sign for US investors. Thus, there can be some issues which can be set aside, as long as the overall trend is positive.

On the trade side, it would be equally important to have an early resolution on issues where disputes have arisen in the past year - pharmaceuticals, aviation, and solar, for example. It would be unfortunate if the US takes some punitive steps regarding some of these issues. It will be even more detrimental if the timing of such punitive steps is wrong - say, even before the next government has settled down in office. Unfortunately the US timelines are often driven by its domestic processes and it is likely that we may see some rap on the knuckles to India in the coming months on one of the pending issues.

The US government must be very careful to avoid any drastic step on trade issues in the next 3-6 months - it will create a negative sentiment against the US in a nascent Modi government.

Q. The US did not have a great relationship with Modi. How can your organization play a constructive role?

A. Organisations like USINPAC can play a vital role in bridging the communication gap, and sensitising the U.S. audiences about the new Indian government, and Mr Modi. Our outreach on Capitol Hill among the legislative staffers and lawmakers - both Democrats and Republicans - can help the US Congress to understand and better appreciate the electoral choices of India which brings Mr Modi as the Prime Minister. In addition, our members also reach out to their representatives to bridge and convey information which counters the anti-India, or anti-Modi propaganda in the US Congress.

USINPAC also attempts to counter the propaganda at hearings of US Congress where India, or Mr Modi, is being targeted. As an example, just last week there was a hearing of the Tom Lantos Human Rights Commission, where Tulsi Gabbard and Congressman Eni Faleomavega, members of the Congress, both strong supporters of the role of USINPAC, strongly criticized the blatant bias in interfering in India's internal affairs, especially when elections are going on in India.

We also plan to bring some key Congressmen to India soon after the elections, so that they can meet Mr Modi and better understand him as a person.

We also help corporate America, and investors, to better understand India and Mr Modi by bringing high powered trade delegations to India. As an example, recently during an economic conclave at Delhi where Mr Modi was a keynote speaker, we had a delegation of 14 senior executives from the investor community, private equity funds. They had a chance to listen and meet Mr Modi to know him better as a person, and to understand his economic vision.

USINPAC also engages with the think tank and media communities in the US to educate and inform a balanced and correct perspective about India and Mr Modi. We also try and counter the propaganda or biased news appearing in the US media by taking a proactive approach to make our views known to US media when we find such attacks on India.

Q. UK has already withdrawn its embargo on Modi and have started doing business with him. How does the US view its relationship with Modi (in particular and not with the BJP).

A. The US administration is trying to take steps to improve the situation. However, there is not much it can do till the elections are over. Though it is speculated that Ambassador Nancy Powell resigned so that the US could reset its relationship with Mr Modi, and start afresh, this also has a downside that the US. ambassador post will remain vacant till the new appointee arrives. The US process of appointing an ambassador can be a long drawn process. We are pushing for the appointment to happen soon, so that the next ambassador can make an early start to building relations with the next Indian government.

Q. How do businesses from other countries see India under Modi?

A. Asian countries, especially Japan and South Korea, are very keenly looking at India elections. It is important to note that Japanese and Korean governments have been encouraging investments in Gujarat during Modi's Chief Ministership. Japanese and Korean governments, businesses, and investors, have been regularly visiting Gujarat and have set up several projects. Thus, they have familiarity and comfort in engaging with Mr Modi. If Modi becomes the Prime Minister, we will certainly see a quantum increase of businesses from Japan and Korea in India.

We must also recognize that Modi has a penchant for big, visionary projects. Japan and Korea can be leading partners in such projects. The plans for 100 smart cities, bullet-train connectivity, and such that find mention in the BJP manifesto, are infrastructure schemes which are inspired by examples of Japan and Korea. These countries can also bring large investments in such infrastructure projects.

Q. India plans to align with the Japanese companies to get into Africa and to form a gas import hub. Do you see any changes in this, if Modi takes charge.

A. There is strong possibility of this. In fact if you look at the reason why Japan initiated the Delhi-Mumbai Industrial Corridor project with India you will find one of the key reasons was for Japanese companies to set up manufacturing in this corridor, and use this base for their exports to Africa and Europe. We must also note that Japanese PM Shinzo Abe is very positive on India, and he will have a very good working and personal relationship with Modi.

We can accept even Rs 100 as deposit: Bandhan CEO

What next at ZEE as Subhash Chandra passes the baton?