Within Hindi General Entertainment Channels (GECs), there is room for more than one GEC. They have evolved a lot since 2008, says Sudhanshu Vats. 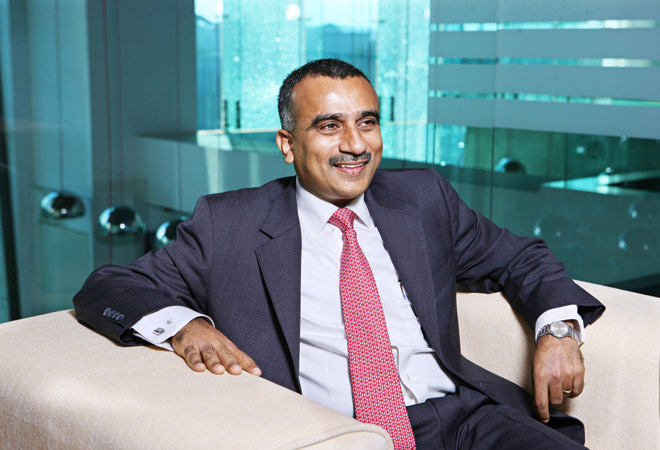 Q- Why are broadcasters launching so many Hindi General Entertainment Channels (GECs)?
A- My own judgement is, as the Indian media and entertainment market grows, one of the ways to grow will be through segmentation. There will be need for more and more targeted offerings in order to capture all of India.

Q- But aren't we segmenting by launching a whole host of special interest channels?
A- Segmentation is at various levels. The most fundamental segmentation in an Indian context is in terms of language, which is where regional GECs have come up. That is already a 10-plus year phenomena. Most broadcasters already have an offering as far as regional channels are concerned. So, that itself is a segmentation which basically is language led. That has been very successful and has indeed managed to grow markets. So, first it was South India, which has very distinct languages, then it was Bengali, which is a large market now. The most recent has been Marathi, where there is a largish overlap with Hindi, but the market is growing.

The other way to look at segmentation is what we have done in the kids space. We used to have one kids channel called Nick. We now have Sonic, which is action and adventure targeted at kids above  eight. Then we have Nick Junior, which is pre-school. We are now beginning to see traction. So, there is some gestation in investment. But is there light at the end of the tunnel? Unequivocally so. Now, Sonic has advertisers on board.

We have also done MTV Indies, which is celebrating an entire independent culture. Again, early days, but I am sure it is absolutely the right thing to do and we will see traction as we go forward. So, segmentation in general is something that will stay.

There is scope for audience segmentation even in the GECs. In Colors, for instance, over the last couple of years, we have experimented within sub-genres. We have been very successful in comedy with Comedy Nights With Kapil. We have also looked at crime. Within the GECs there is room for classic saas-bahu, comedy, crime, youth romance. We are all trying that space. In general, where I am coming from, is this macro theme of segmentation.

Let me now step back and talk to you why I think fundamentally it's the right thing to do. If you look at the consumer lens, you will see that India is becoming more and more urban, at least in its thinking. They may not be necessarily residing in urban India, but in terms of thinking, they are becoming urban. Urbanisation is also on the growth path. So, there is growth in income and growth in literacy/education, which leads to stronger development of individual identity. We were a very collective cultural society, which is going to move towards individual identity. We will remain family-centric, but there will be a dialling up of individual identity. As individual identity gets dialled up, people want to consume what they want to consume, that is where the entire piece of segmentation is very important. So, it comes from two lenses - one, it is a very diverse country, so you need to cater to different constituencies, but there is also a latent desire within a so-called homogenous segment which wants customised content. Segmentation is also getting enabled by screens. We keep saying India is a single TV household country, but that is a flawed way of looking at it, as India is a multi-screen country. There are smartphones, iPads, laptops. Technically, you can consume content on all these screens.

Q- But why more Hindi GECs? In 2008, a host of new channels were launched, of which only Colors survived. What has changed today?
A- Within Hindi GECs, is there room for more than one GEC? To me, the answer is yes. It is different from 2008 on two counts: A lot of this action this time is from existing broadcasters, and they in my judgement bring in greater knowledge and experience as they have been around for long. The second thing they bring in is much better understanding of the business model, and the third thing they bring in is the area where you can look whether there are any synergies and how they can be calibrated. So the approach is a little more calibrated. In 2008, there were newer players, because their understanding was that the market will expand in a big way and the attempt was to challenge the existing players. It was also more of the same in terms of content, but this time around it is a little bit more targeted.

The other piece is being able to cater to a more metro-centric audience and rest of the audience. Our second offering is free-to-air, which is a model that caters to the rest of the audience. We are trying to make it holistic. Rishtey consists of marquee Colors shows, quality kids programming, a music block and the fourth piece is the leading non-fiction programming.

Q- Are you looking at doing original programming for Rishtey?
A- We have to see as it evolves.

Q- Most broadcasters are doing original content for their newer channels unlike you. Creating new content is an expensive proposition. Won't it hurt profitability?
A- It is a little risky, but it depends on two things. It depends on the business model that you device. In this case, I think they do want to have both the revenue streams of advertising and subscription and their judgement is that it is possible over a period of time to garner sufficient eyeballs to have a business model . The gestation of this business may be a little high. They might be calibrating the investment in the sense that the number of original hours of programming will slowly be built. So, if today there is six hours of original programming on the existing GECs, it will be lesser in the newer channels. The per-episode content cost may be lower than the flagship channel.
In content there is always risk, but if you hedge the risk and there is a sensible way which allows you to do things in a more calibrated fashion, the answer is yes. That's the most fundamental difference this time around.

Q- How has been the advertiser response to Rishtey?
A- To be honest, our signal is a few months old. As of now, the response has been good, but [these are] early days, as we still need to see how we further stabilise this as we move forward.

Q- One of the major reasons why most broadcasters are launching newer channels is because of digitisation. However, the yield from digitisation in terms of subscription revenue has been far from satisfactory. Won't it effect the profitability of new launches?
A- Digitisation in India is half complete. If you look at Phase I and II, digitisation of the signal has happened. Therefore, the boxes have got seeded, but what hasn't happened is addressability and education of the consumer to dial up the user experience to the next level. This is because you don't have subscription information as you need to have.

The second thing that has not happened is the education of the consumer from the point of view of packaging of channels, how do you source it and so on. If you do it well, it will empower the consumer considerably - both in the way they take the content and the way they experience content and navigate. That's the piece we need to work on.

Will there be a longer wait for an individual channel to be profitable? The answer is yes. It's going to be complicated as digitisation has not happened as one would have expected it to have. Therefore, subscription revenues may take even longer to come on to some of these newer channels.
Having said that, one needs to look at profitability from two ways - we got to look at profitability at a granular level, which is individual channels, individual programmes. But you also have to look at the profitability of the entire bouquet and I think as long as the organisation has the appetite to take that risk, they will want to go ahead and invest. That's why they will invest in a more calibrated fashion.

Q- I am told that carriage fees continue to be high. Won't that adds to costs, again making it unviable for the new launches?
A- If you launch a channel in the current environment do you need to pay carriage fee, the answer is yes. Is it another cost item one needs to bear, yes. But if you have good content it will find platforms, viewers and can be monetised.