Gautam Tewari, founder of SmartVizX, one of the country's highest funded Virtual Reality start-up, talks to Business Today's Chanchal Pal Chauhan about the technology initiatives taken by the company, to tap the real estate market in India and overseas. Edited Excerpts. 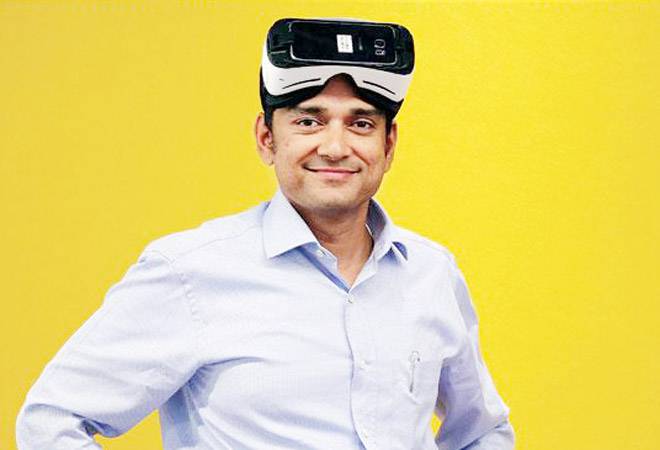 Gautam Tewari, founder of SmartVizX, one of the country's highest funded Virtual Reality start-up, talks to Business Today's Chanchal Pal Chauhan about the technology initiatives taken by the company, to tap the real estate market in India and overseas. Edited Excerpts.

BT: How do you maintain the viability of the startup in the traditional real estate business?
Tewari: SmartVizX disrupts traditional, passive and static design visualization methodologies by developing Virtual Reality (VR) solutions that are immersive, interactive and engaging. We combine design visualisation with gaming technology, creating cross-platform tools that enable users to immerse themselves in the environment they are engaging with. SmartVizX VR solutions helps buyers buy better, sellers sell better and businesses conduct business better. Virtual Reality as a technology is potentially the big jump that the real estate sector has been looking for.

It solves the issue of visualisation, especially in the case of projects not built yet. As the devices have become cheaper and the quality has improved, it now makes a lot of sense to show case the property in VR to potential customers. It is convenient and is a highly accurate representation of a property. Given the photo realistic nature of SmartVizX's product and its high level of interactivity due to gaming technology, SmartVizX can make the customers feel as if they are inside an actual property. This has huge ramifications for the industry. Along with our analytical tool to predict customer behaviour, it can re- define property search, just like property websites once did, and it can help create a lot more  transparency between the buyer and the seller.

BT. How did the concept of your startup come up and what was the business proposition?
Tewari: SmartVizX was founded in January 2015 as a result of our attempt to find a technology led solution for the persistent problem of visualization. I call it a problem because not every mind is trained to think like an architect. Both me and my wife Tithi had immensely successful careers as full time architects and have nearly 30 years of architectural experience between the two of us. However, we were always stumped, when our clients would come to us stating that the end product looked nothing like what we had visualised for them.

In our search for the right solution, we ended up meeting a few gamers, specifically, Chandan and, we hit upon the thought of combining gaming technology with architectural visualisation. Entering the VR domain, was of course a natural progression.

BT. Who does your start-up target? Especially in the light of your overseas foray?
Tewari: As of now, we are focused on the AEC (architecture, engineering and construction) industry, but gradually, we aim to move on to other industries and change the way businesses interact with potential customers. Education, healthcare, learning & development, entertainment etc. are all ripe sectors for VR led innovation.
In the overseas market we have forayed into AEC space in USA. We are working with the Belgravia group in Chicago. We did their new project - Renelle on the River - after completion of which we are now on to the next project with them. In addition, recently, we got a project in Dubai as well. We are thrilled to see our solutions getting accepted on a global platform.

BT. What kind of VR projects have you done in India and overseas market? Mention some prominent clients?
Tewari: We have worked with some reputed names like Belgravia Group, BMR Advisors, Lodha Developers, Sotheby India and many more. One interesting use case would be that of BMR Advisors. It is an excellent example of our service called VR Aided Build. Under VR Aided Build, we aim to smoothen the entire construction process and minimise errors by building in Virtual Reality prior to actual construction. In the case of BMR Advisors, we had a commercial interiors project that had aspects of refurbishment. We had to create a seamless design that would incorporate both new as well as existing elements in sync with the company's new brand identity. We executed the entire project well in advance of the scheduled date, and were able to generate considerable cost savings, as gaps in inventory of long lead items could be  identified sooner on basis of the VR simulation.

Another one is Belgravia Group's new project Renelle On The River. Belgravia Group is the first real estate firm in Chicago to offer virtual reality, computer-generated simulation of a three-dimensional environment with which a user can interact. SmartviX's ArchViz created the highest possible level of customer  engagement. The virtual tour allows customers to virtually live in one of Renelle On The River's condominium in a way that was never seen before.

BT: Is VR the future of real estate? How do you see the technology changing this industry? What are your expansion plans?
Tewari: Virtual Reality is definitely 'THE' technology for the real estate sector. Given the numbers of errors and omissions one deals with in the industry and the substantial cost implications of these; it is only logical that one build virtually before actually building a project, thus minimising the cost impact of potential errors. It solves the issue of poor visualisation, especially in the case of under construction projects. As the devices have become cheaper and the quality has improved, it now makes a lot of sense to show around a property in VR to a potential customer. It is convenient and is a highly accurate representation of what is proposed. As per Goldman Sachs Investment Research, VR in Real Estate could reach upto $ 2.6 billion by 2025. It is a significant figure and we estimate this to go up as better devices and technological improvements hit the market. Growth is our main focus over the next couple of years. We also plan to soon move into the international markets.

BT: Given the dumps Real Estate is in now, what challenges you face and how do you plan to overcome?
Tewari: Getting quality talent is a major struggle that we as an organisation and the industry at largely face. VR/AR technology is developing rapidly but it is still rather nascent. In such a stage, it is very important that we build a strong foundation and establish industry leadership.

Demo, GST & RERA has seen a massive shift from investor to a home buyer market in Delhi-NCR: Amit Mittal of eSilverbucks Consultants

Can diamond change the future of ICEX?