From tourist places to airports to hospitals to railway stations, and even city-wide networks, public Wi-Fi hotspots are becoming a preferable option to access wireless internet over devices. 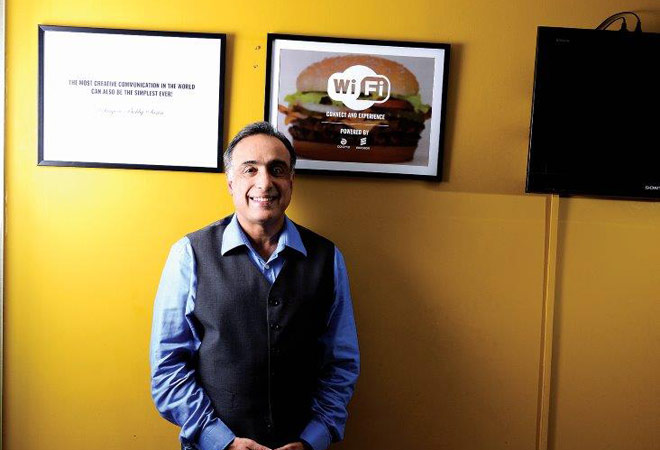 From tourist places to airports to hospitals to railway stations, and even city-wide networks, public Wi-Fi hotspots are becoming a preferable option to access wireless internet over devices. Business Today's Manu Kaushik caught up with Ozone Networks' founder and CEO Sanjeev Sarin to talk about the future of public Wi-Fi systems in India.

Q. You have Wi-Fi hotspots and you are also into free Wi-Fi services. From the free Wi-Fi perspective, tell me what do you do and how do you think the whole issue of free Wi-Fi. How does it work for a country like India and how it is different from overseas?

A. One of the big differences between the West and India is that in the West, Starbucks , McDonald's and other chains pay money to the [WiFi] operators to build and operate a network. So, McDonald's could pay and basically that's where they are able to offer free Wi-Fi-unlimited free Wi-Fi-because they were paying for it.

The difference in India is site owners don't pay anything. People like us have to come in and put in hardware infrastructure. We have to maintain the network and we also have to pay for the broadband every month. Now, there are a few ways we've started to make money.

Q. What are the challenges in expanding reach or making money in the public Wi-Fi market?

A. The key challenges in this country are broadband availability and the device ecosystem. The phones are very complicated because over 30 per cent are Chinese handsets which don't support Wi-Fi and it's very challenging. They don't have Wi-Fi chips.

The other challenge is power fluctuation. I suppose this is more of a problem in remote areas or the smaller towns than in cities.

Q. What do you think about the Delhi government's plan to provide free Wi-Fi in the city?

A. They want somebody to come and fully fund the deployment which could be sizeable. They also want to support government services along with free Wi-Fi. The only way it can work out is that there needs to be a long-term sustainable model. I have told them that there are three ways. One is whoever builds the network should be able to provide home Wi-Fi as well. So, the people who can afford home Wi-Fi will pay for the investments to provide free Wi-Fi. That could be a way to subsidise free Wi-Fi.

They are also talking to equipment vendors. These people have to partner with ISPs. They cannot provide public Wi-Fi without ISP licence. They may do it in another way. For example, in Mumbai, Wipro has built the entire Wi-Fi infrastructure but they cannot operate it because they don't have a licence. So, GVK has brought Ozone as operator. We have put in our own authentication platform, broadband, and we manage and deliver the service to consumer. They [Delhi government] could get some equipment vendor to build the network, and someone like Ozone to monetise it.

Then, once you built a Wi-Fi network, you can support private and government services like CCTV surveillance or utilities (electricity and water meter readings). We are also saying to the government that do limited free. Build a neutral network and allow mobile operators to move a lot of their traffic on to your network, and the Delhi government will charge operators depending on the volumes.

Q. Tell us about Ozone Networks and your background.

A. We started in 2008. We are the largest Wi-Fi operators in the country. We have all McDonalds [locations], which are [around] 360 locations. We have tie-up with six restaurants chains right now. We have signed up with three more chains. We have Mumbai airport. We have a number of hotels. We have rolled out in Delhi University. We have tried all the revenue streams. You have to find an ecosystem of revenues.

There is a big plan for India. By 2020, we will have anywhere between 500,000 and one million hotspots. UK-based New Call Telecom is in the process of acquiring a majority stake in Ozone. New Call's strategy is to build a low-cost challenger to Reliance Jio. They have a big strategy involving inorganic investments.

I have spent 27 years in telecoms. I used to be the president of British Telecom. I was part of British Telecoms' original broadband committee when they were looking at growing broadband in UK. Today, BT is one of the largest Wi-Fi networks in the world. It is roughly six million hotspots in the UK. Then I left the British Telecom and I joined The Cloud Networks. I moved [to India in] late 2007. In March 2008, we raised our first round of funding of Rs 50 crore from Access Industries.