UltraTech-Jaypee deal: How the companies benefit

While the deal will wipe Rs 3,800 crore off the debt of Jaypee Cement Corporation, the acquisition is more strategic in nature for the Mumbai-based UltraTech Cements. 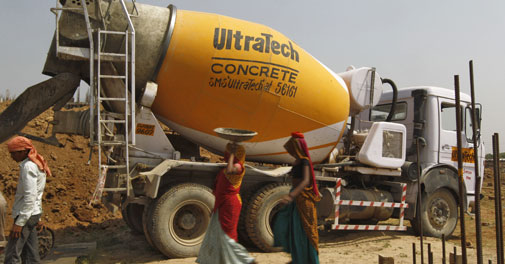 Suprotip Ghosh
UltraTech Cement, the flagship company of the Aditya Birla group, announced on Wednesday the acquisition of a Gujarat-based cement unit of Jaypee Cement Corporation.

The cement unit will be demerged from its holding company, a 100 per cent subsidiary of Jaiprakash Associates. UltraTech will take over a total debt of Rs 3,800 crore, and pay Rs 150 crore in equity.

The deal is a pointer to how cement businesses are shaping in India.

This acquisition is more strategic in nature for the Mumbai-based UltraTech. 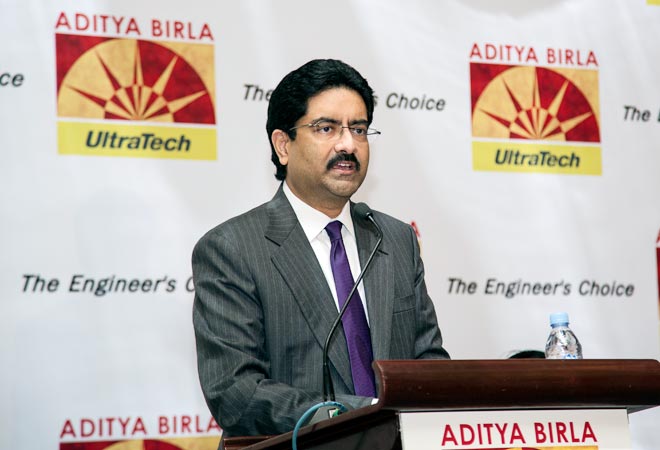 The deal will wipe Rs 3,800 crore off the debt of Jaypee Cement Corporation. Of this debt, Rs 2,000 crore was from the cement business, and the rest from the holding company, Kailash Birla, CFO, UltraTech said.

The acquired facility is an integrated cement unit at Sewagram with a grinding unit at Wanakbori. After the acquisition, it will come under the Ultratech umbrella, and the two facilities, commissioned in 2009 and 2011, respectively, will service the growing coastal market in Mumbai, Cochin, Mangalore and Sri Lanka.

The acquisition will enable Ultratech Cement to expand in a market that is growing at 11.7 per cent annually, Birla said. Ultratech's existing cement plants in Gujarat are operating at about 95 per cent capacity. 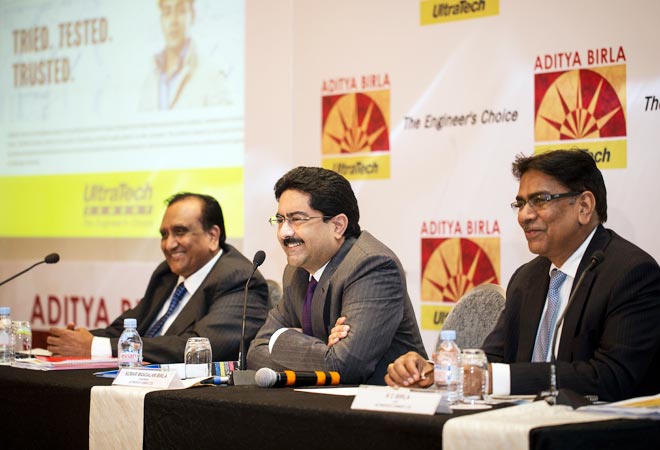 Kumar Mangalam Birla (Centre), Chairman, with O P Puranmalka (Left), Whole-time Director and Kailash Birla(Right), CFO of UltraTech Cement at the press conference to announce the acquisition of a Gujarat-based cement unit of Jaypee Cement Corporation by the company. Photo: Danesh Jassawala
The combined capacity of both the divisions of the erstwhile Jaypee unit stands at 4.8 mtpa of cement. They also have a 57.5 MW Coal based Thermal Power Plant, limestone reserves for over 90 years at current capacity and a captive jetty at Sewagram.

Of the debt, roughly Rs 2,000 crore will be financed by renegotiating bank loans, and the rest through the company's internal accruals, officials said. UltraTech aims to use its balance sheet strength to renegotiate interest on the loans by up to 3 per cent, CFO Kailash Birla added.

The cost will come to $124 per tonne, according to estimates by valuers Bansi S. Mehta and Co. Standard Chartered Bank advised UltraTech on the transaction.

Investments in IT continue despite a sinking economy