Aamir Khan's recent statement about not feeling safe in India has triggered a 'Hate Khan' campaign across all social media platforms. 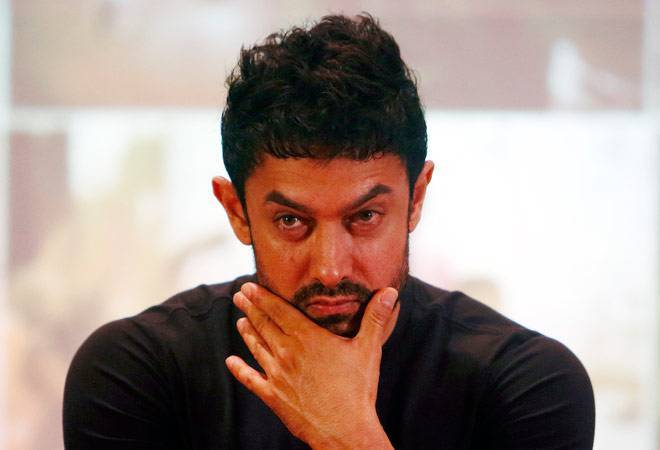 The only silver lining from the brands' point of view is that Khan at the moment is hardly endorsing any brand.

Ajita Shashidhar, Senior Associate Editor, Business Today
Actor Aamir Khan's recent statement about not feeling safe in India has triggered a 'Hate Khan' campaign across all social media platforms. So, how would this controversy impact the actor's brand equity? Khan, over the years has painstakingly projected himself as a sensitive and ethical entertainment brand through films such as 3 Idiots and PK (where he has dealt with social issues) or the Star Plus show, Satyamev Jayate, where he has raised his voice against a host of social evils such as female infanticide, intolerance towards the transgender and many other issues.

The backlash that online market place Snapdeal had to face because Khan is its brand ambassador (over 7 lakh customers have uninstalled the Snapdeal app and over a lakh have downgraded Snapdeal's rating from five points to just one being the lowest), is proof enough that his endorsement deals will surely take a huge beating in the short term. The only silver lining from the brands' point of view is that Khan at the moment is hardly endorsing any brand. He was the brand ambassador for Godrej, Tata Sky and Titan, but that was a while ago.

Khan is known to be extremely picky about his endorsement deals. However, the brands that were planning to approach him would surely shy away at least in the short term. Brands shying away from celebrities who have been in the news for the wrong reasons is not new. Salman Khan was in the news for the hit-and-run case in Mumbai and apart from appearing in ads for Being Human, which is his own brand, and Yatra.com, in which he has a stake, he hasn't been seen in ad campaigns of other brands.

MUST READ:Snapdeal says 'not connected' with Aamir's remarks

Similarly, if one were to look out of India, golfer Tiger Woods's involvement in a sex scandal cost him big-ticket endorsement deals such as Accenture, Gillette and Tag Heuer.

Salman Khan has been seen promoting his recent films such as Bajrangi Bhaijaan and Prem Ratan Dhan Payo , and a controversy just before the release of an upcoming release could actually help in getting higher returns at the box office, points out Manish Porwal, Founder of talent management company, Alchemist. "A controversy centering around the lead actor triggers curiosity and hence more people turn up to watch the film. Therefore, controversies help to strengthen the entertainment brand value of a celebrity. However, his/her endorsement deals do see a negative impact," says Porwal. Both Bajrangi Bhaijaan and Prem Ratan Dhan Payo have been huge hits.

But will one-off controversies impact the long-term brand value of celebrities such as Aamir Khan? Involvement in serious issues like sexual harassment or involvement in anti-social activities, even if it is one-off, could tarnish celebrity brands forever, but one-off statements made by Khan are unlikely to have a long-term impact. "His brand may shiver, but it will never die," remarks Porwal of Alchemist.

So, all that Aamir needs to do is stick to his forte of making films that have a social message and the current intolerance controversy might soon be forgotten.

These 9 Bills can also help in ease of doing business