Opening up of pension sector should be next govt's priority 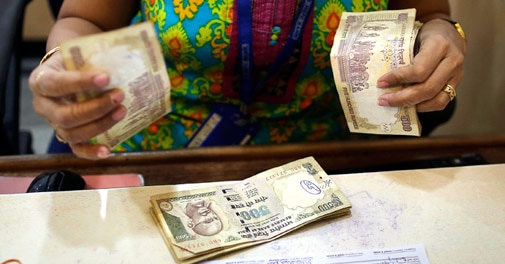 Mahesh Nayak
"I don't think the government has the will to bring retail investors to the capital market," said a senior bureaucrat who has worn many hats in the capital market which also includes serving in the ministry of finance. His view was the government didn't really mind if Indian investors didn't come into the market, but at all costs it didn't want any mishap in the market would require it to clear up the mess.

This is one of the main reasons why the government wasn't much bothered by the Rs 5,500 crore National Spot Exchange (NSEL) fiasco as the presence of retail investors on the NSEL was negligible. Most of the people caught on the wrong foot were high net worth individual (HNI) investors and small to medium entrepreneurs.

Forget the NSEL fiasco, even in the Rajiv Gandhi Equity Scheme (RGESS), government intentions seem to be half-hearted. The idea was good, but there were so many restrictions - such as first time investor gets benefits of investing, investment only in Sensex companies, etc. This has not even seen Rs 100 crore coming into the market in 2013/14. Even if the government had increased the investment limit to Rs 1.5 lakh from Rs 1 lakh it could have seen a rise in participation.

Rather than focusing on growth of the capital market, the government focus has been to take steps and measures to avoid any mishaps.

Until the government takes serious steps to create a parallel force to counter foreign institutional investors (FIIs), Indian market will continue to remain a FII-dominated market. The only alternative is to open up the pension market. First, this would be a counter to the FIIs in the market and second, it would also increase the depth of our capital market.

In 2008, the government allowed employees' provident fund organisation (EPFO) invest up to 15 per cent in equity from five per cent, but all in vain as the EPFO has stayed away from equities.

Meanwhile in the coming week, the Indian equity market is likely to remain volatile ahead of the F&O expiry on Wednesday. With polling in Mumbai on Thursday, April 24, markets will be closed and hence the expiry of April F&O contracts will take place on Wednesday, April 23.

'Vehicle recalls are not necessarily a bad thing'